Think Civilization 5, but with potatoes instead of people, with daily live sacrifices to potato gods, and deep-frying troops alive. 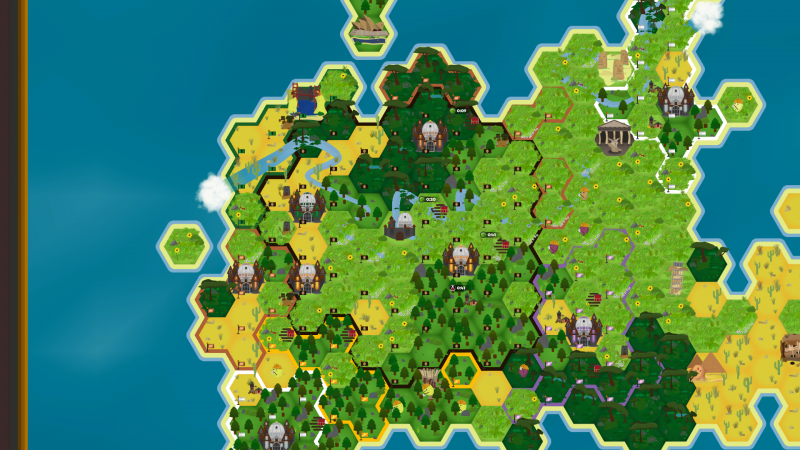 You’ve finally broken free from the grasps of potato slavery. You, a new leader of the downtrodden Russet potato cultivar, finally have a country of your own. The other potato races would often use the Russets as live sacrifices to the potato gods, but now it’s their turn to be diced by your blades.

Some people seem to think that mobile games are worth less. And that’s probably true— which is why I made this game. I looked all over the game store for good games, but they were littered with pay-to-win microtransactions that took the fun out of them. As one of my players put it, “it’s why mobile games are sh—!”

DicTater will have no pay-to-win mechanics and will instead get revenue from expansions. You will receive a complete game with just a download, but if you want to get more gameplay you can choose to pay for it. It’s fair to both the player and the developer, which is something that we need more of when it comes to games.

Especially in the mobile market.

To sustain the power of your empire, you’ll have to keep up with the rest of the potato factions. They expand quickly and relentlessly, for the natural state of the potato is war. To survive, you will have to construct buildings to produce even more potatoes, and more importantly, more troops.

You will also have to keep up with the times— more and more innovations will pop up. Research over 100 different technologies from three different trees. You can research technologies anywhere from remarkably hard rocks, to potato guns, to nuclear bombs.

There are hundreds of different events in DicTater so that something new happens in every play-through. Expect anything from mysterious builders sealing your potato people into walls to volcano crusades.

But you’ll have to be careful with how you approach your empire. If you anger too many potatoes, they’ll get really salty. Happiness and saltiness factors may result in rebellions and other detrimental effects on your empire.

There are lots of other mechanics, like spytatoes, colonization, and even potato customization. The best way to describe it is by trying the game. The demo is free for android and will come out soon for iOS. To join the demo via Google Play, you’ll have to join the google group:

When I initially started this game, I thought it would take me about 6 months. It wasn’t going to be anything special. Heck, this is what the potatoes initially looked like:

Now, 2 years after conception, I have a Kickstarter coming up soon— the 27th of November. I can’t believe that I’ve gotten to this point, and I hope that you can help support the development of the game either with suggestions or by becoming a backer.

The kickstarter can be followed here (it’s a pretty small goal, so every donation is helpful):

And I invite you to join our discord channel here (we have potato wars):

Thanks for taking the time to read about what I’ve been doing for the past few years. I say this everywhere, but the fact that you’re even here reading means a lot.