If you like games whose titles speak for themselves than you have another reason to love Sine Mora, because its name literally means “Without Delay”. The game is so well designed and so fun to play, that this incentive hidden in the title is not necessary. All you need is the will to take a leap of fate and experience one of the best 2D shooters released this year. Granted there are plenty of months left, I am willing to take my chances and say that this is the best game of the genre in 2012. 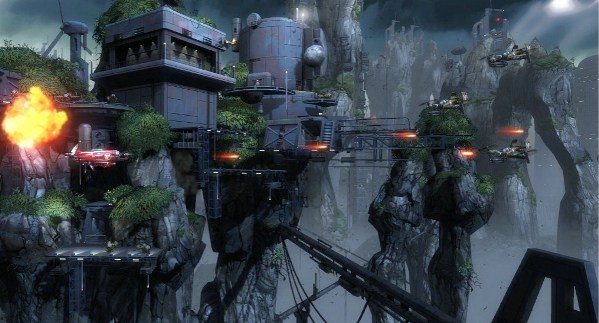 Time is quickly running out

What the developers have achieved is combining the sheer excitement of 2D shooters with stunning graphics that will help many overcome their misconception. Flying your seemingly fragile airplane and shooting down legions of enemies never gets boring and even on the easiest level, the game is challenging enough to give you a run for your money. Instead of the traditional health bar, you have seconds to keep intact and the worst thing that can happen to you is to run out of time.

Time is of the essence in Sine Mora, but fortunately in this game buying time is not only an expression, as each foe you bring down will award you a few more second. The pace is frantic and as you witness the last seconds getting spilled, you will enter a shooting frenzy, in a desperate attempt to prolong your existence. Time is always running out, but at the same time you will rarely have the chance to check out the number of seconds that you’ve got left. 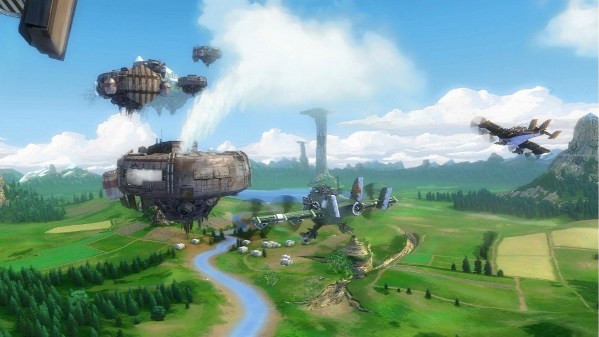 So many foes, so little time

There are so many enemies to bring down that you are being kept wired to a game that is unforgiving even on low difficulty. Boss fights are particularly exciting in terms of both gameplay and visual effects, with Sine Mora being one of the titles that looks almost as good in game as it does in concept arts. The story is not spectacular and although the developers tried hard to give it some depth, it is fairly difficult to follow the narrative unwinding.

What the game lacks in storyline, it compensates through gameplay and those who enjoy this kind of fast paced action will not let themselves bothered. In fact, they will try the more competitive levels of difficulty and if they can survive on the insane level, they will be very proud of their achievement. So should be the developers, who produced a 2D shooter that has a good chance of reigniting the flame in those who used to love this genre, but were provided with few reasons to persevere.

It might seem a bit too generous to award it 4 ½ stars out of five, but Sine Mora fully deserves this rating. The trailer should be enough to tip the balance into its favor if you are still in doubt.