Since Tuesday, DirecTv and Viacom have engaged in a battle royale over drafting a new contract to replace the now expired 7 year contract that the two companies agreed to.  Viacom, upset with being denied an increase that they describe as being “less than 2 cents per subscriber per day for all 26 channels, NOT 2 cents per channel,” (source: Update on the DirecTV Viacom Dispute) have gone on a blitz to tweak the noses of DirecTV.  One of their toughest kidney punches came in the form of an image captioned meme style on the official Viacom Facebook which said, “Who lives in a pineapple  under the sea?  I don’t know.  I have DirecTV.” 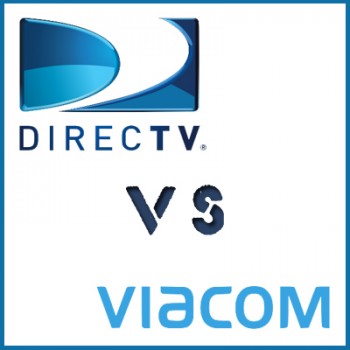 On the other side of the fence, DirecTv counterattacked by insisting that accepting Viacom’s demands meant paying “30% more to get back the same channels you had, including channels you might never watch.” (source: DirecTV Promise)  DirecTV has not based their offense on words alone however.  DirecTv spent the past few days setting up what are referred to as “Mix” channels as well as heralding the release of a new children’s network “Disney Junior.”  I can also verify that DirecTv’s customer service number (1-800-531-5000) is willing to dole out compensation for those missing their Spongebob, Daily Show, Jersey Shore, or Colbert fix.

While figuring out which side would be the lesser of two evils in this sordid affair, so far, Viacom’s tactics prove more questionable.  As DirecTv continues to listen to customer concerns and find alternatives to help address the problem, Viacom has made the strange and perplexing move of pulling free episodes of its programming on the official sites of its popular shows.  For example, visiting Colbertnation.com and attempting to load an episode results in the following message being displayed, “Full episodes are currently unavailable.  We apologize for the inconvenience.”

DirecTv is not scot free in the share of the blame but they certainly have more wiggle room in this matter.  Despite Viacom’s fact sheets stating that children’s network heavy weight Nickelodeon “is the #1 most watched channel on DirecTV,” ratings reflected that the channel experienced a sharp drop of 30% of its viewers.   Viacom argues that these ratings drops are utterly “inexplicable.” (source: Viacom Questions Nielsen on Lower Nick Ratings)  DirecTv felt some bite in subscriber numbers too as evidenced by last quarter showing a gain of 81,000 subscribers versus their 184,000 subscriber gain in Q1 of 2011.  This has not managed to hurt profits for DirecTV and writers at Forbes speculate a rise in subscription costs due to their healthy stock performance.  This is positive news for the satellite provider but not so fun to swallow for DTV subscribers.

Currently, if one looks at the Facebook pages for either company, it would not be unfounded to claim that neither DirecTV or Viacom have earned a KO in this brawl.  Both companies’ bottom line may not be affected but their consumer bases surely are not jumping for joy over losing content they paid for.  Blackouts can be a very funny thing.  When you do not manage to convince your customers that you have their best interests in mind, as many of the sites in the SOPA Blackouts of January had successfully done, then you end up with an issue that is larger than the one you are protesting.