PUBG has been a rave among people these days, and its base has been expanding more and more by the day. Free minecraft accounts also provide us with some great games. While people talk while playing the game, discord is an alternative that helps communicate while playing. Effective communication is crucial in certain times, like when it needs to revive desperately! Discord strives to establish such an immersive gaming experience through its easy to use app and user interface.

Discord is a recent app that allows voice or video calls and text people. You have to create a channel or get invited to someone else channel to be a part of the conversation. What is best about it is that it enables conversations of the professional and personal kind. Its software is specifically designed to interact with apps like Spotify and YouTube and enable a special setting for the user, eases communication during playing games. There is a separate server or channel for each individual, which takes care of privacy.

Discord has a feature called the in-game overlay, which enables this ease of communication in Windows. For this, we need to access the discord settings on the left down corner, beside the username. 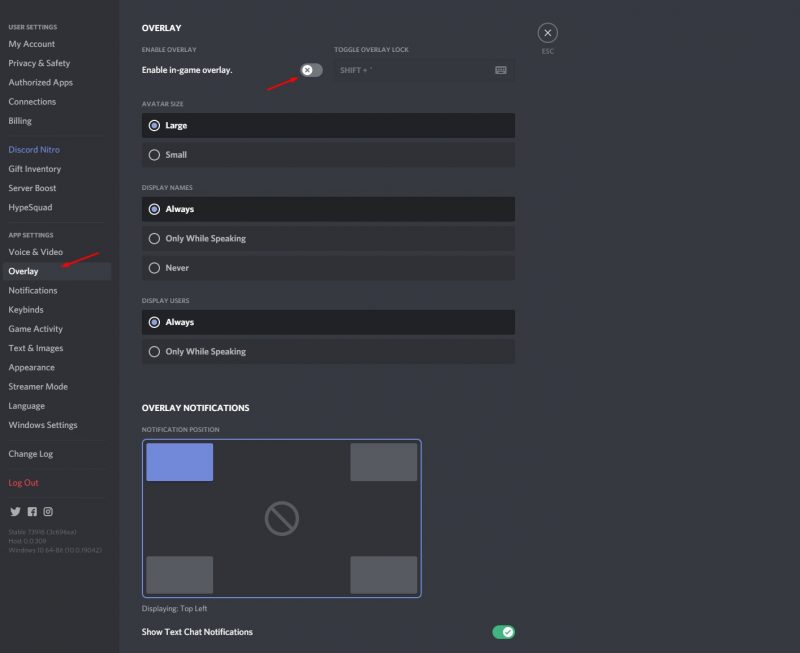 Under that, we select App Settings> toggle on Enable in-game overlay.

We can change the key combination that allows the toggle display as per preference on the right side.

This kind of ease of customization makes it more in demand for gaming users.

Next, we select Game Activity and then either select the game if it is added or if not, then select add it! to add the game.

Another setting in the user settings enables the user to link the discord account to any other gaming platform used to play the game. For this, we need to go to Connections and select whichever platform needs to be added.

It is mandatory to join either the server channel or the voice channel before starting the game after starting. It would be a bit difficult. The voice channel can be shared by creating a link, and the others can join. Now the app will be on in the background while playing. We can maximize and minimize pubg on pc by using the shortcuts specified in the overlay option.

Before playing, it is important to turn off the in-game mic to prevent any other disturbances during the game.

For the mobile phone, it is advisable to download the discord, create a server similar to that on the PC, and normally join the PUBG game. In case one wants to play on a large platform, several servers are created for this purpose itself, which are public and can be accessed once joined.

This way you could access the game and communicate on discord for maximum quality of gaming experience. Happy Gaming!