With the introduction of technologies such as CRISPR that can modify a cell’s DNA, one must understand the ethical dilemmas of doing such a thing. The first thing I can think of when DNA modification is introduced, is the fact that it would be used to cure genetic diseases. But here’s the thing: What actually is considered a genetic disease? 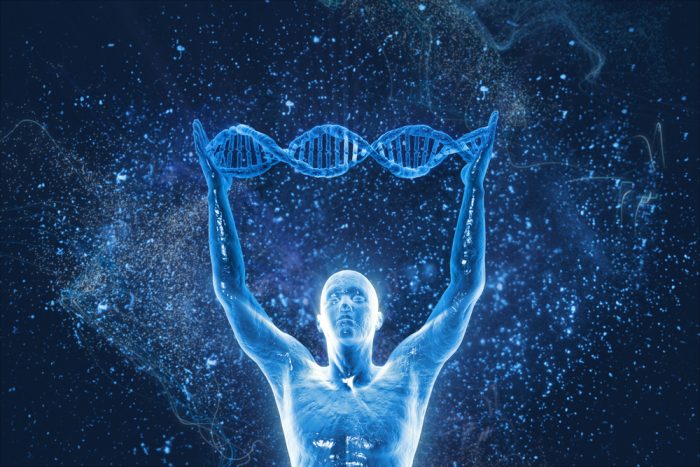 Sure, certainly cancer would be a genetic disease – or possibly severe forms of Down syndrome and Autism that render patients unable to be somewhat functioning members of society. Though that begs another question, what does one consider “functional” in society? Having a job? Contributing?

In fact, would these individuals even be able to consent to DNA modification? It might be cruel to suddenly force this upon them, and regardless of how you look at it, we shouldn’t be inhumane. Something like this could change someone’s core personality and how their mind works, as well. Would you want to be a completely different person suddenly, in a way you don’t know how?

There is also the possibility of DNA being modified in a way that isn’t intended. The genetic code of the human body is very complex, and there are still things we don’t know about genetics – it’s an expanding field. So mistakes are bound to happen if we aren’t careful. These mistakes can be very drastic, and may have the possibility of damaging the genome of the patient.

Damaged DNA has a possibility of leading to cancer, which propagates itself through errors in a cell’s genetic code. I’m not a scientist myself, but I find this topic very interesting in itself.

Though something that should be mentioned: What if our DNA becomes less and less diverse as we proceed towards the ultimate “human?” Or, the magnus opus of our species? The Nazi regime in WW2 tried eugenics, to carve out genetics that were considered bad or impure, but this was extremely inhumane – and I assume we lost a lot of valuable genetic code that may have been useful to our survival as a species.

For example, savants are people who possess a form of autism that usually inhibits almost all parts of live to some degree, be it moderate to severe. However, despite these inhibitions, there are certain skills these people possess that they are remarkably good at – almost like a child prodigy. It may revolve around some kind of art, or science, or… anything, really. One example of a savant is actually a musical artist I used to listen to quite a bit. He produces insanely complicated, unique, experimental music that just sounds cool. Ironically, his artist name is Savant, which is actually a bit humorous and quite stylish – I like it. It’s something you can’t really put into a single genre, and that’s the beauty of it. Here is an album of his below, if you’d like to listen:

If we removed what we considered abnormal or malignant by most standards, then where would the beauty of music like this, or the wonders of what different people could bring to this world go? If we become all the same, that would be incredibly boring, and stifle the genetic code in itself, because where would the adaptability go, anyways? It’s a matter of using genetic engineering right, instead of using it for the wrong reasons. And what defines “right,” exactly? Well, that’s up to someone else, I can’t tell you. But just remember – these things are something to consider when talking about the process of genetic engineering. We should be careful not to lose sight of the consequences of our actions, and the beauty the diversity of the human race – and life on this planet – brings to the table.

Much love. Roxie out.

So… I’m Roxie. To be fair, I’m just some person… girl… thing… on the internet who likes to shout my opinion as loud as I can while also doing it respectfully and trying to come from a place of good intents. I’m an extremely spiritual individual (the legit logic-based para-psychological stuff, not the “woo-woo” nonsense) who has a lot of diverse interests, and spends her time working on herself and trying to get ahead in life. I want to provide my views on topics that would normally be a bit controversial to some in the gaming, sci-fi, tech - whatever you’d call this blog - industry. I play games because I see them as an experience, something to enjoy and get immersed in. My favorite games used to be MMORPG’s but I’m learning to enjoy more single-player experiences as of recently. I’ve felt alone for most of my life, so the ability to interact with other players in games has been something of a comfort to me. Oh and I'm also a heathenous little thing that has to filter myself incessantly just to write these articles.