I didn’t know how much I would enjoy 3D Surround Capable earbuds until I tried the Dodocool pair that I received to review.   This pair comes with a bunch of extra earbud tips and a splitter which is more than comes with some earbud pairs.  These earbuds are specially designed to support 3D Surround which is a method which makes 5.1 Channels of sound come from a 2 channel audio source like a 3.5mm headset jack which only has a left, right and mic ring.  This trick is accomplished a variety of ways, one is by using different frequencies in the same channel and having the earbud software process the different frequencies as a different channel.  Such that you can have 2 different sounds in the same left channel at different frequencies and the compatible earbuds or headset will know which sounds should be front and which should be rear sounds. 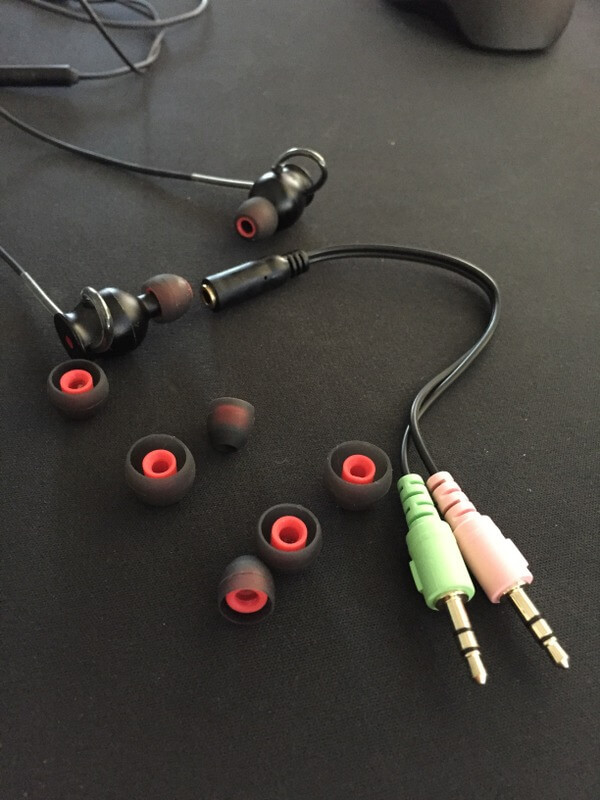 So what this means is that these Dodocool Surround Sound Earbuds provide that virtual surround sound even though they use a 3.5mm jack because they are able to decode and give you virtual surround sound. They support the PS VR and are excellent for playing games sounding much better than the default PS VR earbuds by a long shot 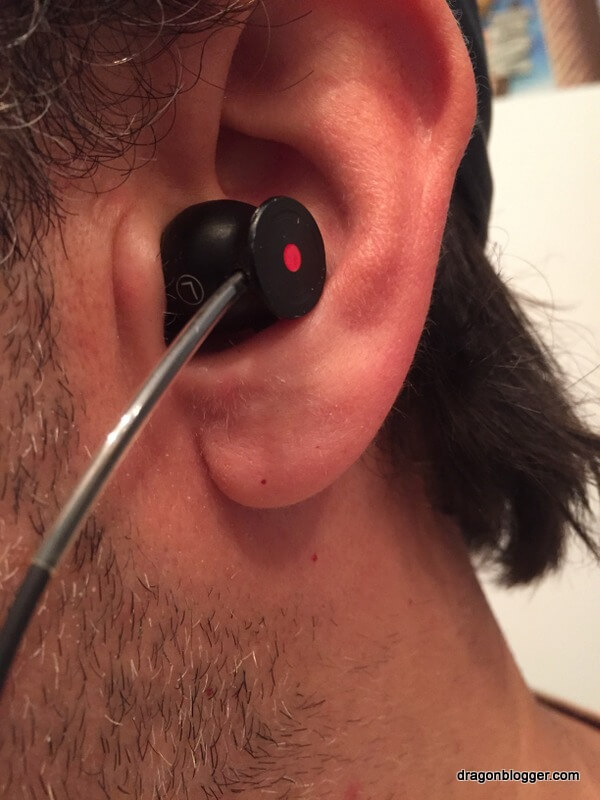 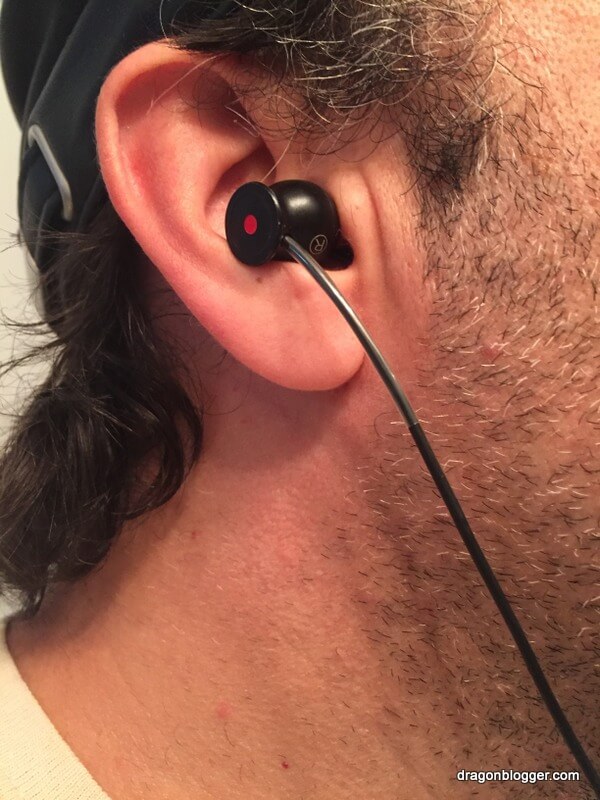 The Dodocool earbuds also work for VR supporting games/apps that transmit in 3D Surround as well. The Dodocool earbuds have 12mm dynamic drivers and provide pretty exceptional deep bass with a low frequency response at 3 Hz, these sound far better than many earbuds at 3x or 4x the price. 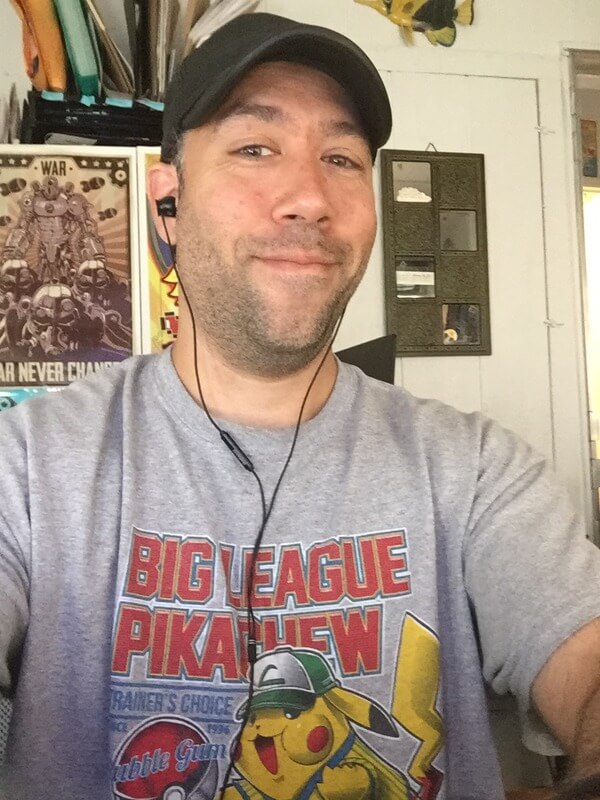 The earbuds are a little large but come with a variety of tips to help them fit in the ear better, the wire pulls through the top to kind of hold it in place. It is great for sitting/gaming but they aren’t stable enough for doing vigorous exercise during testing.  I will tell you that for the price these earbuds not only deliver on providing surround sound, but they also deliver excellent bass and deep bass for the price of the earbuds.  That in part is due to their rather large drivers on earbuds and these are 12mm dynamic drivers.  Most earbuds have 7mm to 10mm drivers, so these are pretty big and you notice the difference with them.

I also tested them with mobile phones, tablets and the PC as well and they do a good job of simulating 3D surround if you have a VR audio source.  In testing an app called Sleep Orbit where you can set various noises to rotate around your head, the 3D Surround was far better with the Dodocool earbuds than with regular earbuds.  I was able to easily notice a difference it felt more like the sounds were rotating around me front to back rather than just above and below like with normal earbuds. 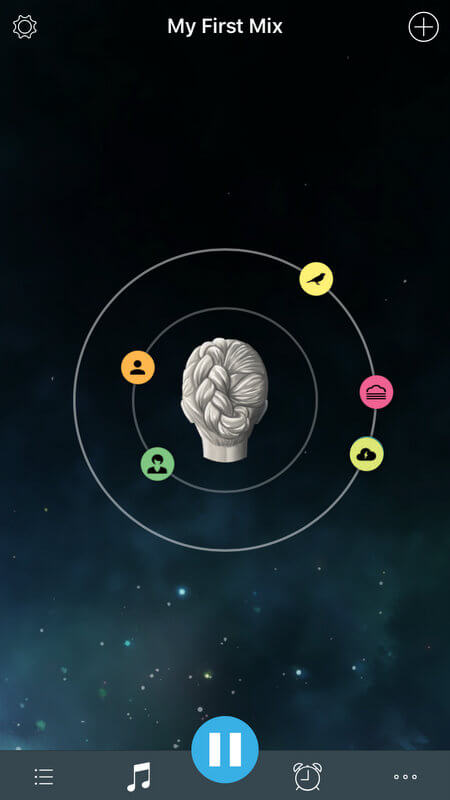 The Dodocool 3D Surround sound earbuds literally sound just amazing at the price point they come with, the deep bass which can produce low frequency responses at 3 Hz mean you can hear deeper sounds more clearly and naturally than with most earbuds.  I will give you an example, the Brainwavz M100 which are fantastic earbuds and are $89 on Amazon only reach at 12Hz so these earbuds can produce deeper frequency and hence the sound is just phenomenal.  At $25 these earbuds are by far better than earbuds that are twice as much. 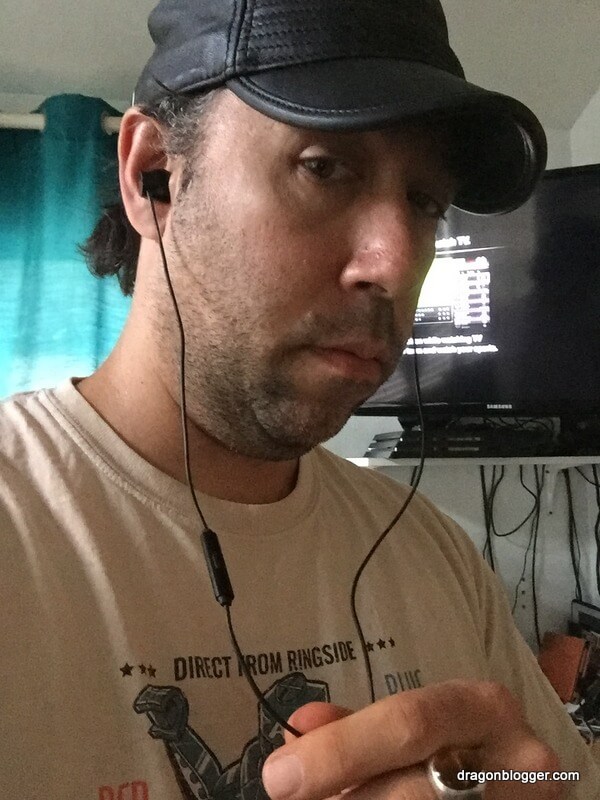 It isn’t just for video games, VR support and music, my audio books were richer because narrator voices were more crisp or more deep which made a difference.  I compared these to quite a number of earbuds and they are just phenomenal.  The only thing that would improve on these earbuds would be if they included an over the ear hook to hold them in place better, though you can pull the wire through the top of the earbud to help it stay in place in the ear, these earbuds are designed for you to be sitting, gaming and not being in active motion.  They fall out when jogging/running and I would have loved these to be my workout pair of earbuds as well.  A shirt clip for the earbud wire would have also been a nice touch, odd to include a Y splitter but not a shirt clip to hold the wire. Other than that, I can’t recommend these Dodocool earbuds enough and you won’t be disappointed in them.  The mic quality is also incredible for a pair of earbuds.

The above video is with the Dodocool earbuds plugged into my PS4 controller and just streaming No Man’s Sky to YouTube with them, the voice volume and clarity is excellent for an earbud microphone.