I read so much content on Pulse its incredible and as a technology and gaming blogger I can really tell you that when you create content online that you are hoping people will consume and enjoy you have to employ and deliver something that stands out against an already and ever increasingly crowded Internet. 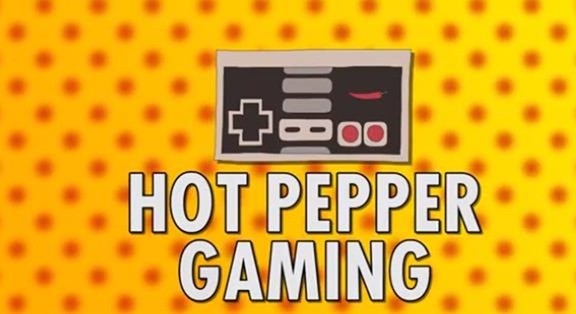 So when I read an article on Destructoid that introduced readers to Hot Pepper Game review I had to check it out for myself to see the shtick. Those of us who game typically don’t blindly pre-order and buy video games unless we are die hard fans of the company or brand.  We like to read or watch people’s reviews of the beta or released version the day of before we decide to purchase the game.  But sometimes we like watching reviews later just to see how others enjoyed the game.

Hot Pepper Gaming with only 6 videos posted on their Channel so far has racked up 35,578 subscribers and has around 3/4 of a million video view so far as of this writing.  Their shtick is that they have guest game reviewers bite into a blisteringly hot pepper like a Habanero and then after chewing and swallowing, deliver a video game review while under the agonizing effects of the hot pepper.

This doesn’t so much as provide a thorough and detailed game review as much as it provides pure entertainment watching the poor folks struggle to talk about the game while their heads look like they are exploding.  This is one example of a very creative shtick that immediately grabs attention and got me thinking about how far content producers are willing to or have to go to get noticed online.

I always say and preach that your content must inform, educate or entertain and certainly this falls under the entertain category.  Though I myself could never commit such torturous acts against my own GI tract, I have far too sensitive a stomach to eat such spicy foods anymore (the occasional bite into a Jalapeno is as far as I go) I appreciate the creative approach to stand out and get noticed because video game reviewers are extremely common on YouTube and it is hard to go up against the IGN and other popular online magazines that can churn out YouTube videos constantly.

When writing content it is just as possible to inject personality and entertainment value in your posts, but I firmly maintain repeatedly that you should be professional and respectful.  While there are some who aim for an adult  crowd and spew out infinite foul language I try to gear my content for the family, too many kids are perusing YouTube and watching their favorite games being reviewed and played.  I appreciate that Hot Pepper Gaming actually censors the cursing, so it actually makes it more humorous by them doing this to me than if they were to leave the F-bombs in.

Your writing is your platform and make your stories and experiences informative and entertaining is a best of both worlds combination, as a technology blogger spewing out bland product specs and comparisons is not going to get you noticed above the 30,000+ other sites doing the same thing, but if you can help get remembered with some personality in how you present whether silly, scathing or whatever you have a better chance of building a loyal following who comes back rather than just scraping up new visits from Google Search (which isn’t a bad thing) but you want new visitors and new readers to become fans and loyalists and you do that by standing out with a personality.

Rather than develop a fake persona though, one that doesn’t come naturally or is so alien to your real personality you should try to figure out what traits you have and exaggerate them a little in your online persona.  This way it is easier to maintain the persona and you are not likely to tire of it if it is just an extension of your already in place personality rather than an act you put on.  Much like some actors portray a certain character repeatedly and variations of the same character, you need to find which character you play well and can play often without burn out.  My mind always says though keep professional, never insult, never troll, always consider if you ever want sponsors for your niche whether it is game companies, tech companies think about will anything I do hurt my reputation or make it harder for an advertiser to endorse me at some point?  Even professional gaming athletes have lost sponsors and have been banned from competing for poor behavior and as anyone who produces content online, especially video media content in the entertainment field it is important to remember that you are like or not some sort of role model.

My two cents, and let me know if what you think of the Hot Pepper Gaming guys and their shtick.

Here is the Destructoid source article by the way if you want to read it.