Picture that old Gak that people used to make as kids back in the day and you now have an idea of what a universal dust cleaning gel is.  This is a goo like substance that in theory is sticky enough to pick up dirt and dust while bonded enough that won’t fall apart and leave pieces of itself on anything you are trying to clean. I will tell you I fight a never ending battle against dirt, dust and pet hair in my house and the reason is our central air system uses floor vents which blow air  up from the ground to the sky, this causes all that pet fur and dust that normally falls to the ground to blow up in the air and fall all over surfaces.  In a few weeks my Logitech G910 Orion Spark keyboard can have dirt, dust and particles all over them and I wanted to test something new to clean them.

Hence I saw the ColorCoral Universal Dust Cleaner and decided to see if it really was as effective and making my keyboard look brand new as the advertise. 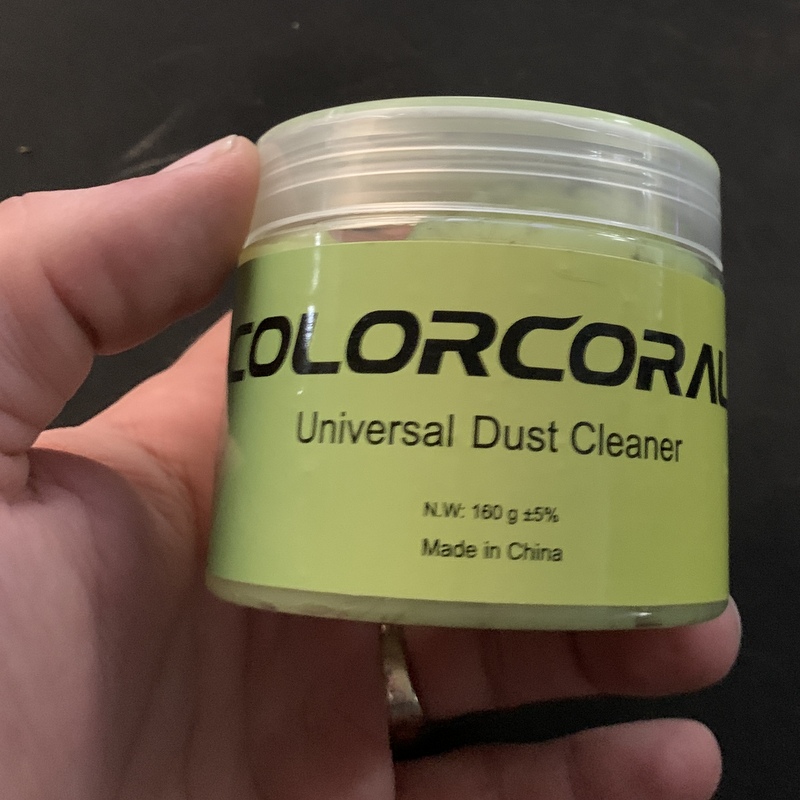 As I mentioned just this photo below shows a few months worth of dust buildup and some gunk that collects on and between my keys on my gaming keyboard, so I was intent to see just how clean the keyboard would get after using this dust cleaning gel. 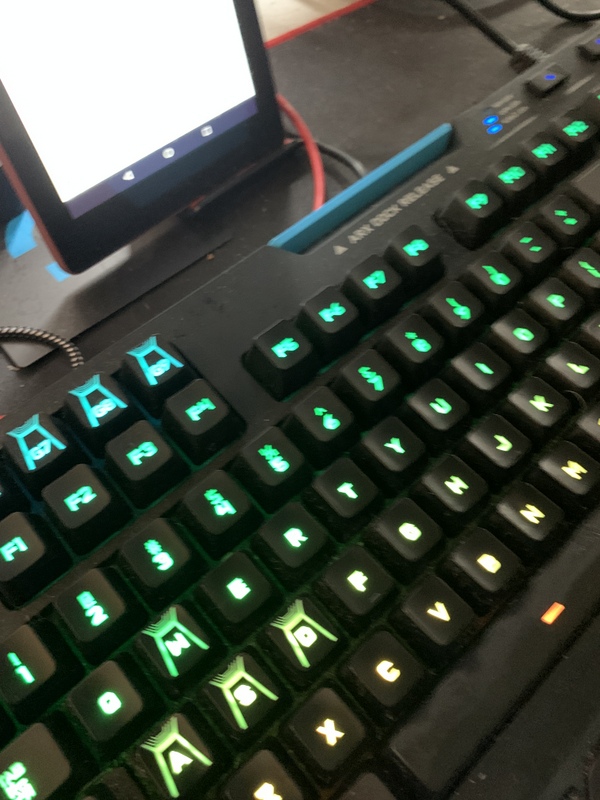 Laying the goo over the keys was easy, though you do need to have your keyboard unplugged or lock as you do have to press it hard enough to trigger keypresses.  You can use a small dust vacuum without having to unplug a keyboard, but when using a cleaning gel for keyboards you do need to press down.  The goo was sticky but not too sticky that it left residue on your hands, it didn’t have a pleasant or unpleasant smell and was kind of neutral.

A quick press all over the keyboard and it sure enough picked up a lot of dust and pet hair, you can see my black and white Boston terriers hair adhering to the thing, as if this was the stuff from The Blob movie.  You use it over and over and kind of mix the gel until there is no clean gel spots left to use, then you dispose of it.  Overall I used it about 20 times over the course of a month before it became so dirty it wouldn’t pick up anything else. 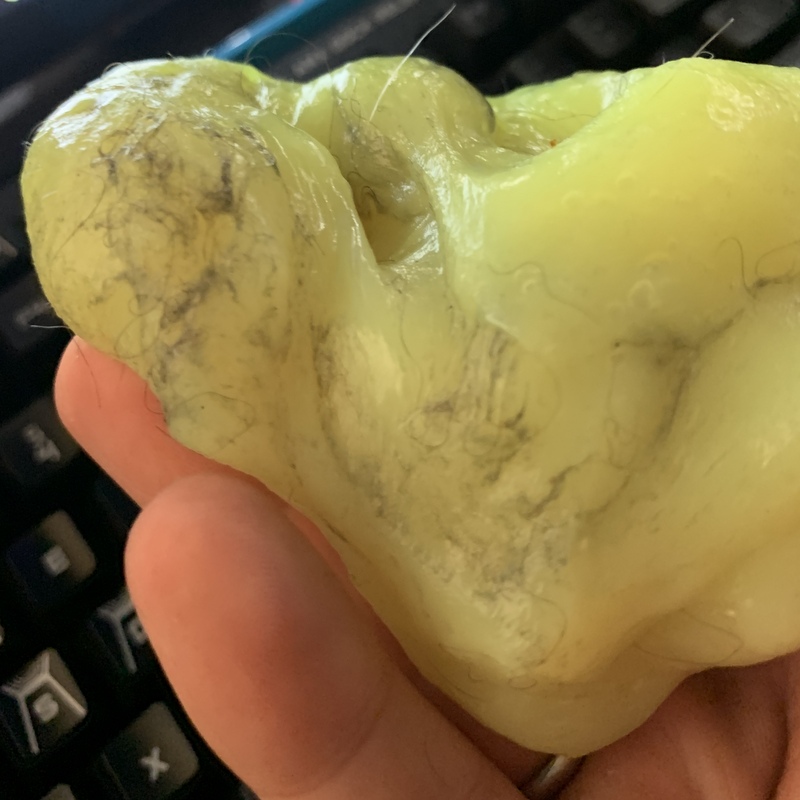 So Does ColorCoral Work for Cleaning Keyboards?

I had mixed success, one time when I cleaned the keyboard the clean look was so noticeable that it almost appeared to be brand new, but then a few days later cleaning again was less effective.  It still has trouble with smaller dust particles, it does a better job where more of the surface area can touch the gel so it can adhere and pick stuff up.  Better with pet hair and such, it is good for vents in cars as they advertise too, but the gel still requires you to squish it quite firmly into the tight crevices of between keys or car air vents for example.  And it doesn’t reach that deep, after only 3-4 uses I noticed it lost effectiveness dramatically even though there was still what appeared to be plenty of clean spots left on the gel, it just loses effectiveness quickly.  I used it 20 times on 20 occasions but after the 7th time it barely had any impact on anything but dog fur or hair, and just didn’t pick up dust anymore between the keys of the keyboard.

Overall in a pinch it may be good to use it in a car to clean some vents, or have it with you if you need to clean your gaming laptop keyboard keys while traveling at a hotel room or something, but if you are at home and you want to clean your keyboard often it is highly recommended instead you use a keyboard dust vacuum which is just faster, works better and you don’t have to press it so hard between your keyboard rows that you can dislodge mechanical keys off their switches.

I would give the ColorCoral 6 out of 10 stars, but you can feel free to pick it up from Amazon and see how it works for your situation.