The smartphone manufacturer DOOGEE has builds on it’s success worldwide and is known for its famous full display product MIX. Recently, DOOGEE has announced that it will release a new smartphone model called “BL5000”. This model will definitely please everybody with its aesthetics as it is known for its eight full curved sides designed the same way as the Honor 9 and Honor Magic.

Now, let’s have a deeper analysis of the DOOGEE BL5000. Besides being the latest product from DOOGEE it is a combination of the Honor 9 and Honor Magic. The shining glassy back cover looks like Honor 9 but it also adopts the eight curves design of the Honor Magic. As for its rear camera, it is equipped with the group of “camera one + LED flash + camera two”, lining up vertically. DOOGEE is releasing an amazing model that can take excellent photos and still maintain a luxury appearance.

DOOGEE did just release a stunning product known as the DOOGEE MIX recently, which is similar to the XIAOMI MIX and the SAMSUNG GALAXY S8. The quality of it’s smartphones has caused DOOGEE to become a fast-growing brand that quickly occupied the major technology headlines. With the BL5000, the newest Android smartphone, it makes breakthroughs in smartphone design again. The back cover is produced with enough luster, so it reflects glassy radiance with every movement. When you take a glance at BL5000, you may find that the radiance is similar to Honor 9. Meanwhile, both sides of BL5000 are covered with 3D glass, and are more rounded and bulbous than normal 2.5D glass. It is a similar design you can see in Honor Magic, again comparing those phones since this is now a direct competitor. 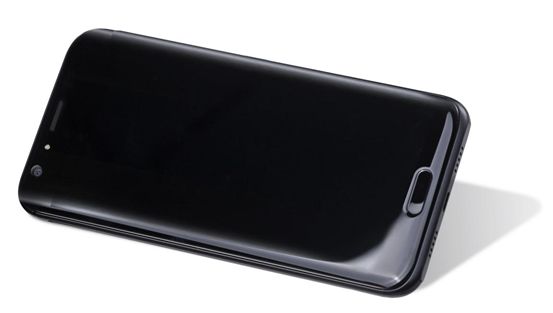 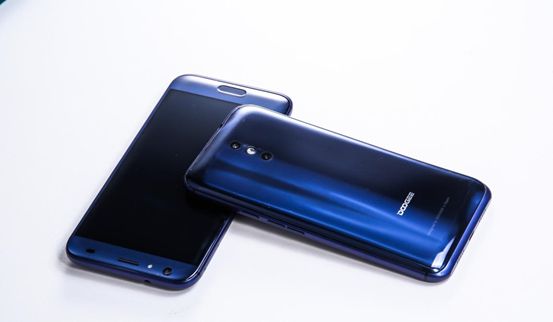 When considering its specifications, DOOGEE has not yet announced many details. But we can make sure that it will have a MediaTek CPU and DOOGEE says it will have a large capacity battery of 5050mAh. We know it will have dual 13MP rear cameras and an 8-core processor.  So far the DOOGEE BL5000 appears to be a great model that balanced appearance and performance. What’s better, the price is also very friendly. If you don’t want to spend too much money on buying Honor 9 and Honor Magic, I think DOOGEE BL5000 will satisfy your mind mostly at a much better price point.

Now the BL5000 is on pre-order, and 10 free units will be given away to subscribers (make sure you enter and subscribe!). Also the popular DOOGEE MIX is on sale in AliExpress, if you show the screenshot of your MIX order in DOOGEE forum will increase the chance of winning BL5000 as well. 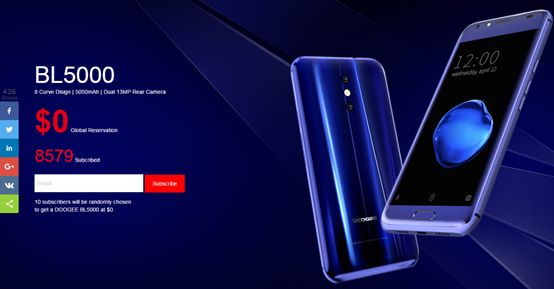