Noctua is a brand that doesn’t need an introduction. They are well known for their performance CPU coolers in the CPU coolers world. The only thing they lack right now is a water cooling or an AIO solution, but even then, their air CPU coolers are on par with most of the AIO coolers we see on the market. And today, we are going to take a look at one of their air CPU cooler known as NH-C14S which is a single fan version of NH-C14. But luckily Noctua has provided us with another fan so we can check out the performance of NH-C14 with both sing and dual fans.

Noctua NH-C14S is a copper baseplace and alluminiums heatsink CPU cooler, that features 140mm fan and has the capability to hold two of them. The fan features the SS02 bearing, also made by Noctua and has rubber pads on the corner to help with the acoustic performance. The only weird thing about the CPU cooler before even getting into the review is the unconventional theme of the Noctua products. The fan the NH-C14S feature is brownish in color, which I’m sure you don’t get to see daily even in real life. Anyways, the Noctua NH-C14S also comes with 6 years of warranty, so the company has your back for a long period. Now, without any further ado, let’s start the review with the unboxing video. 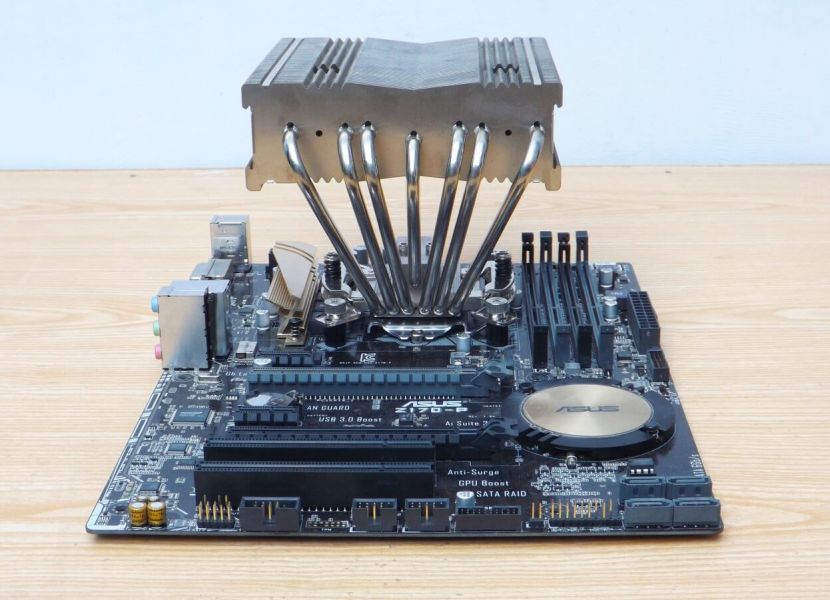 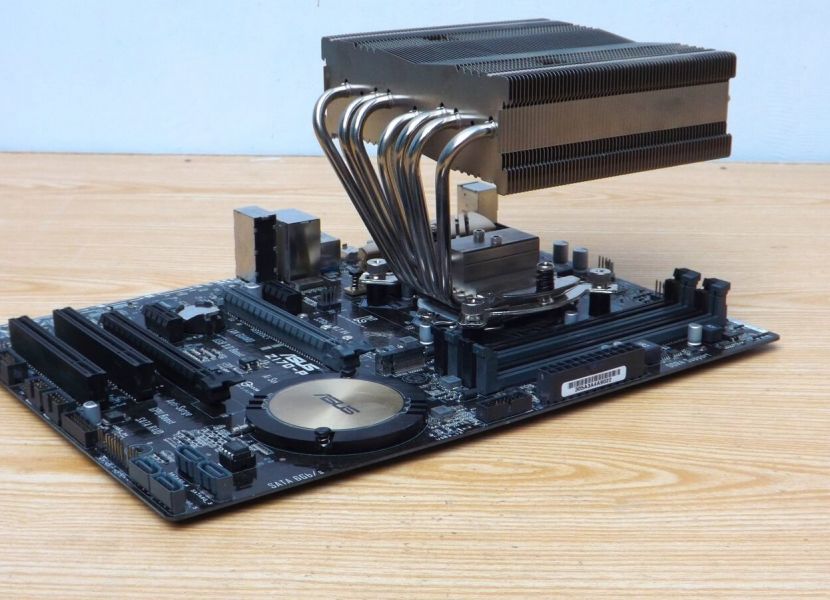 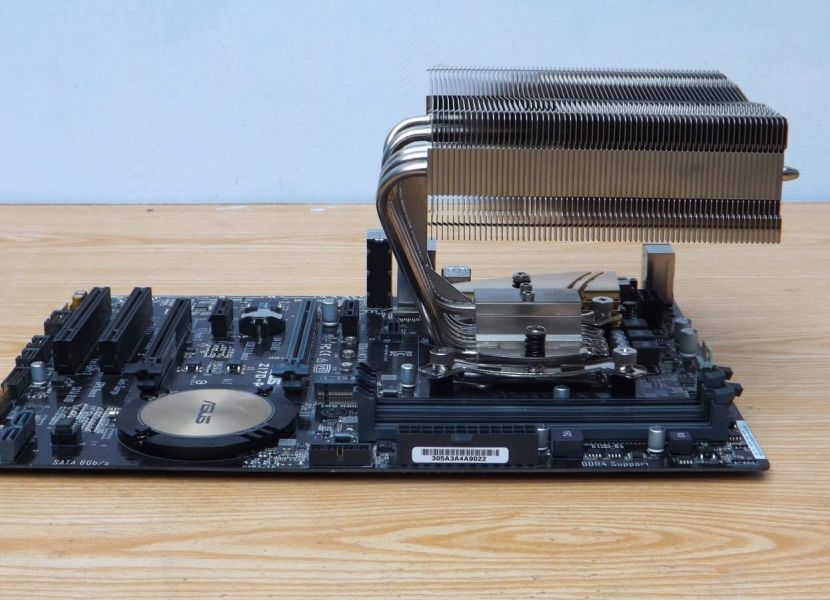 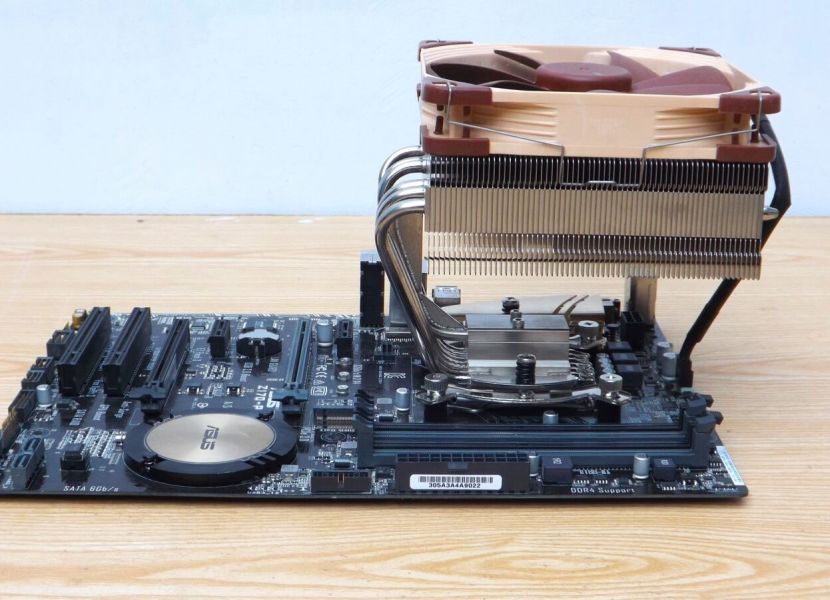 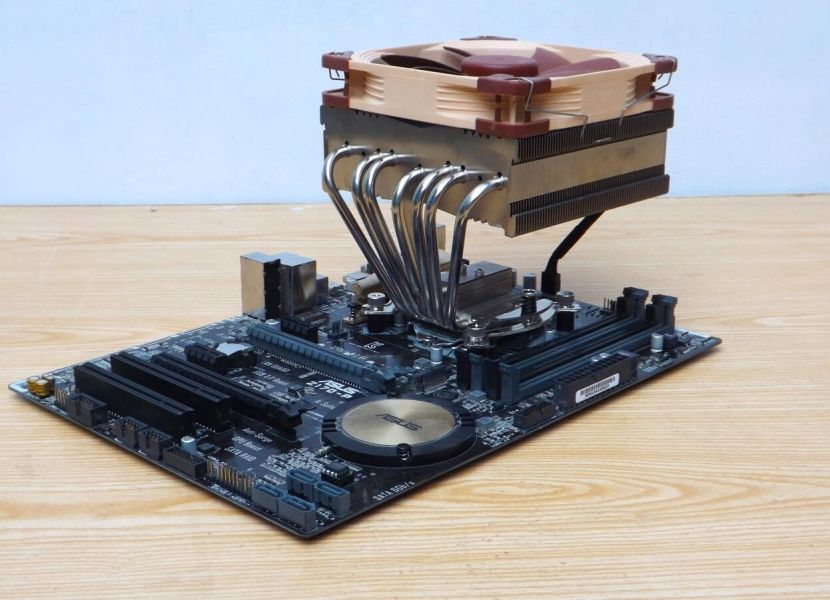 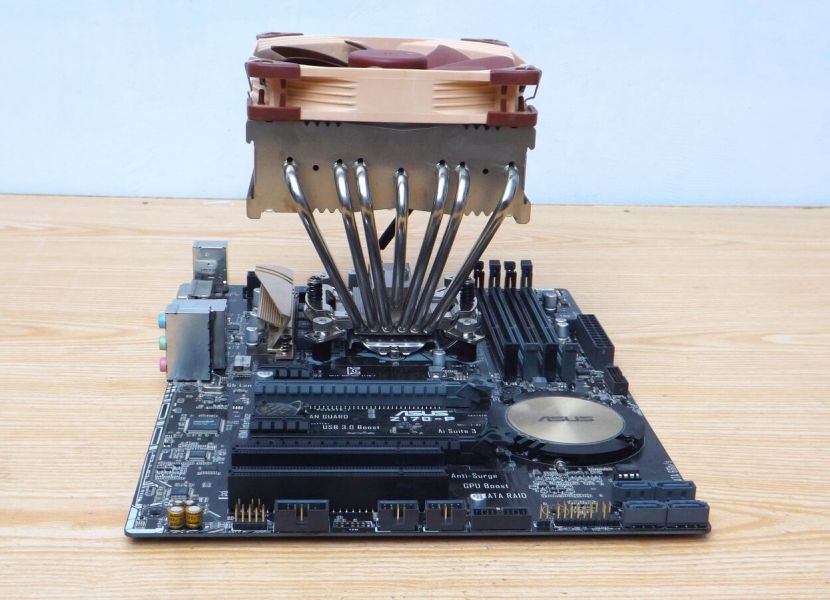 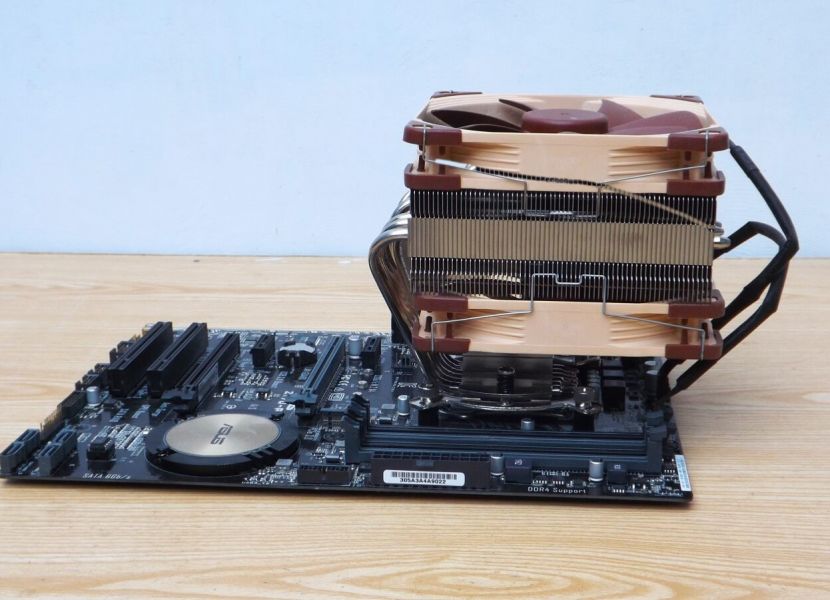 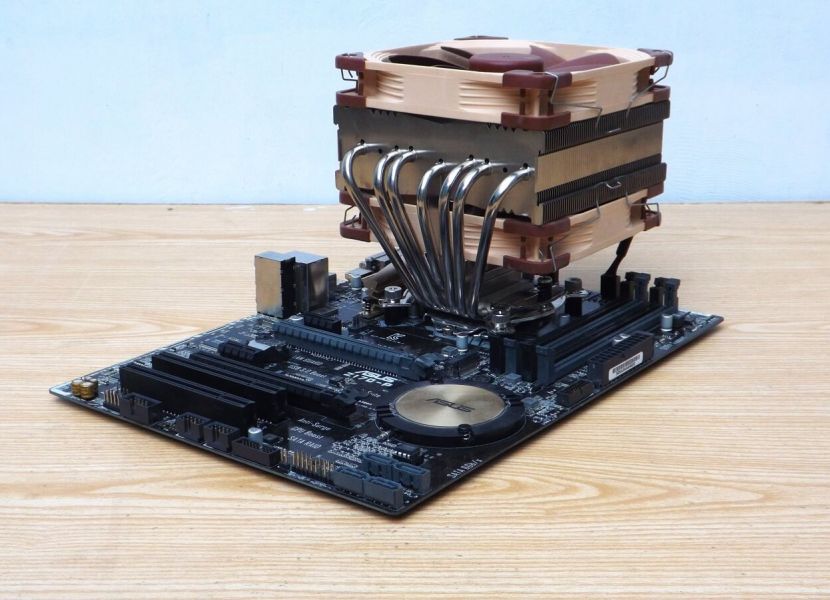 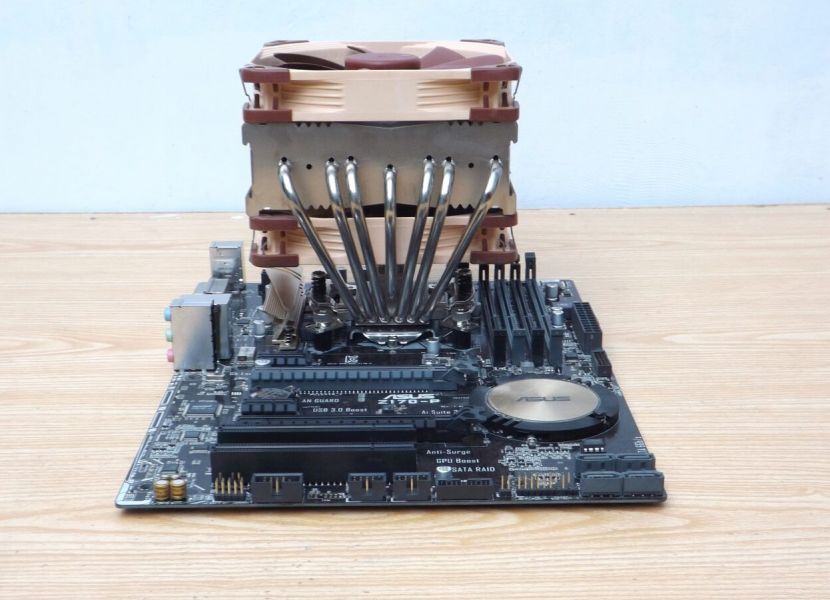 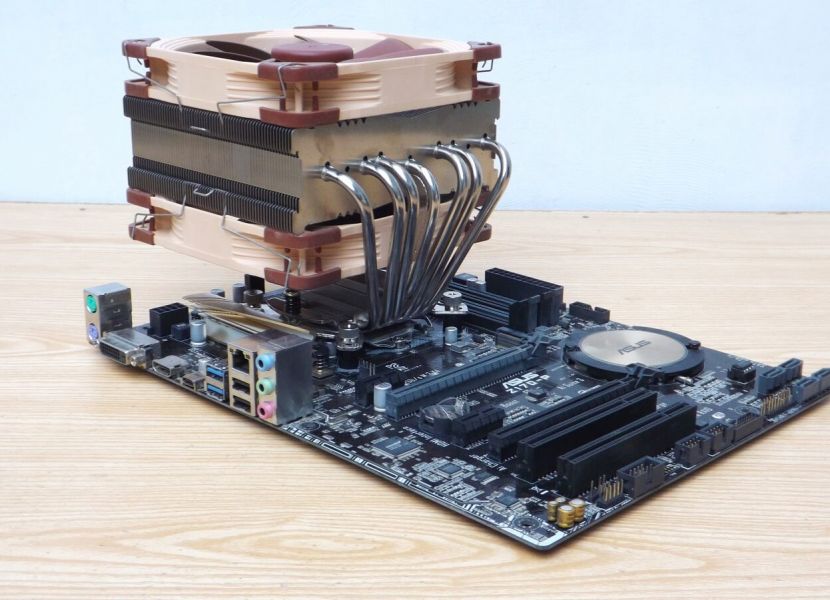 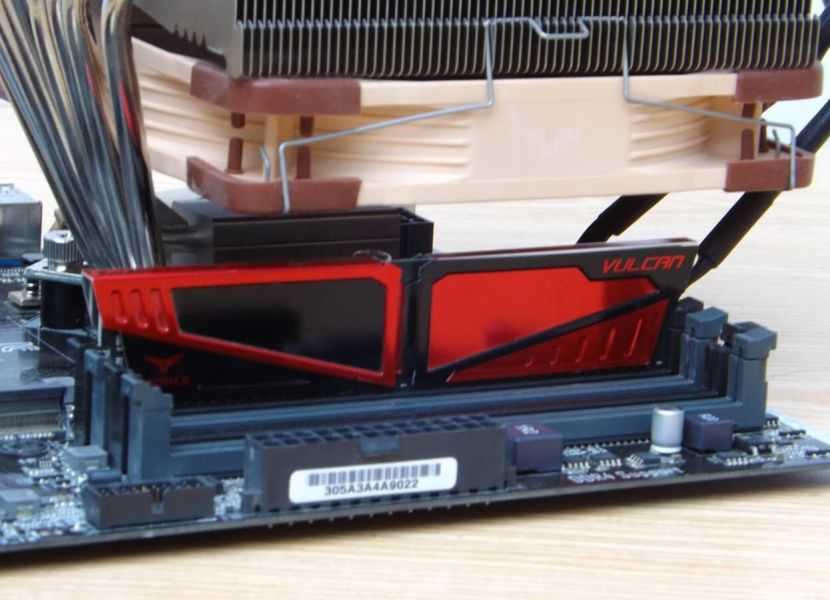 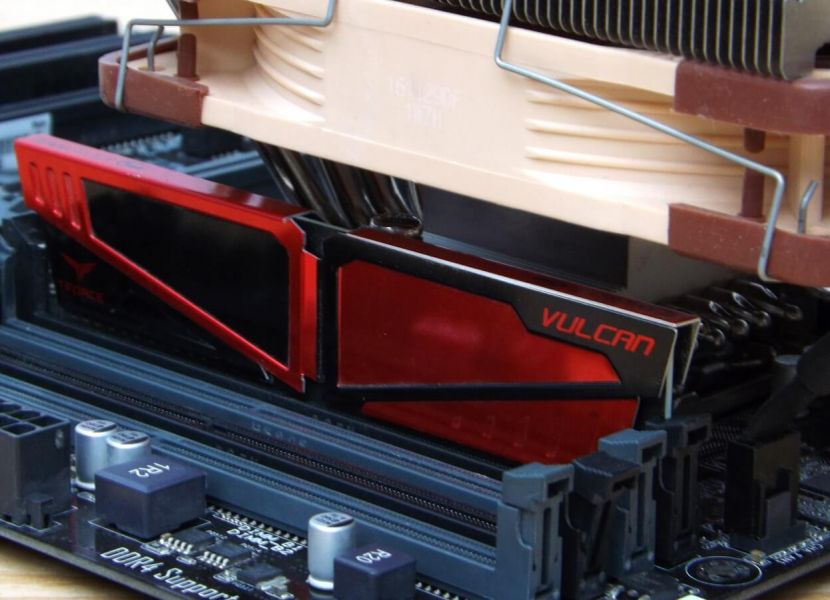 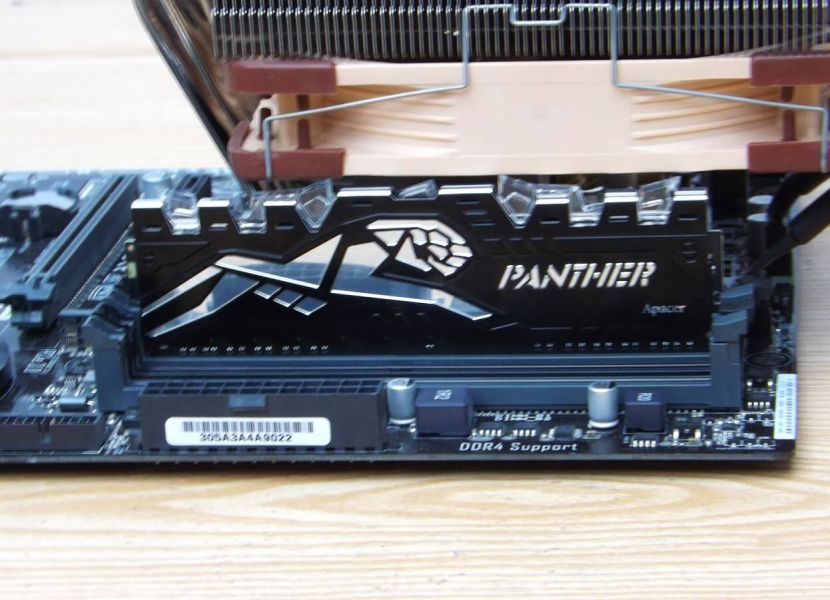 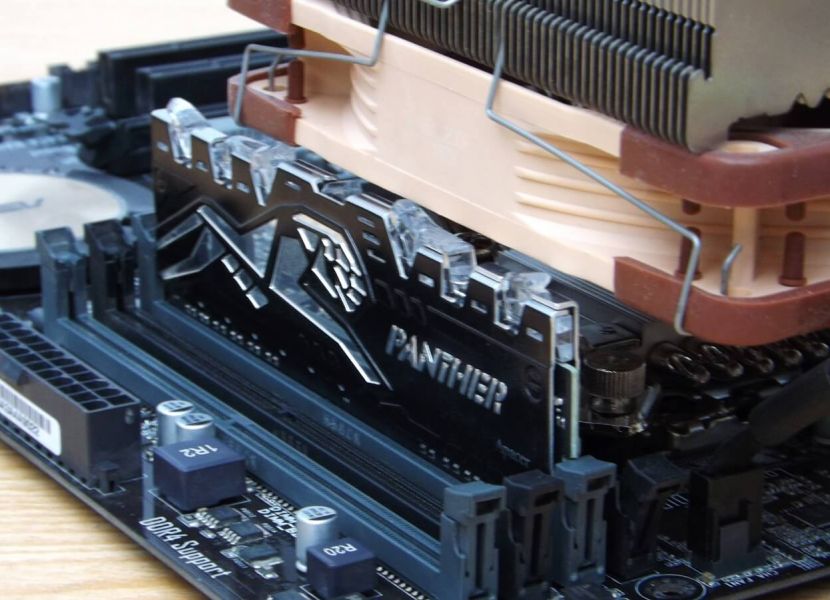 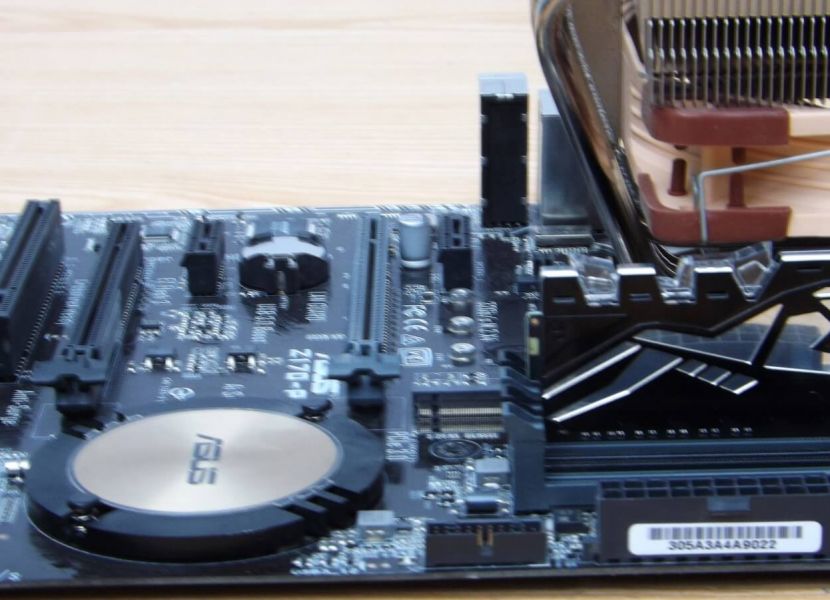 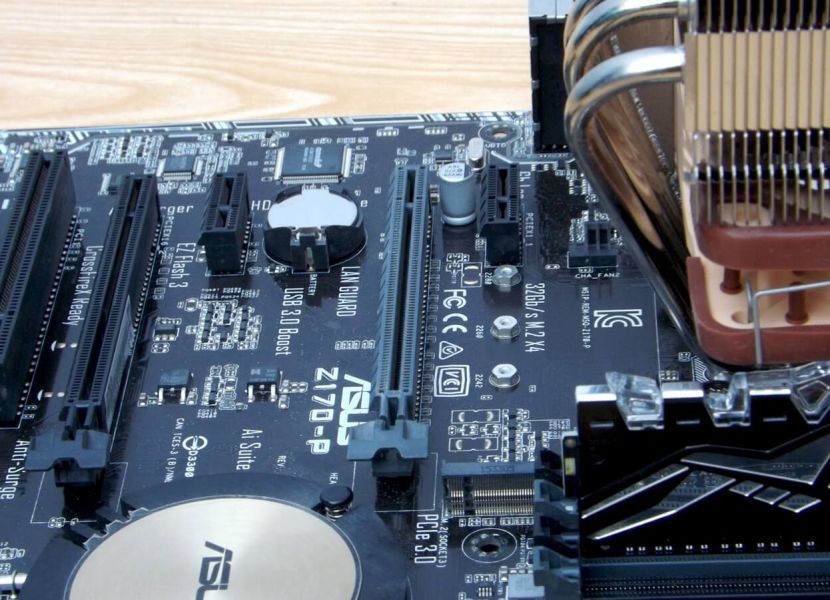 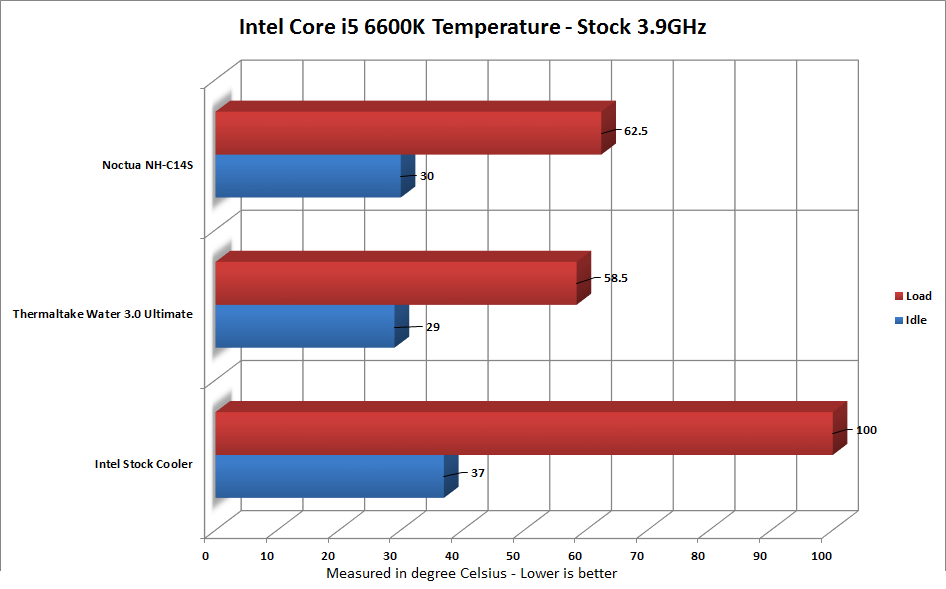 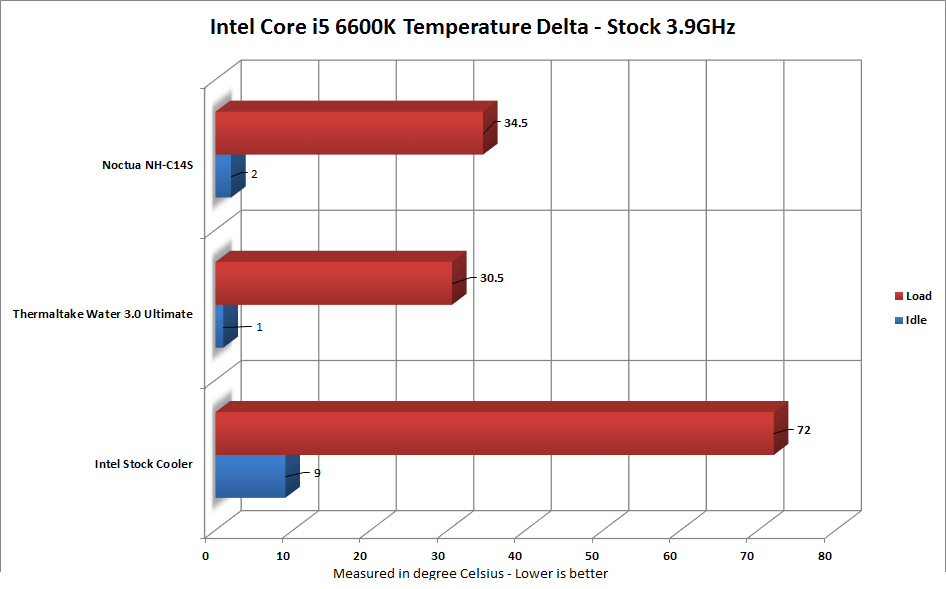 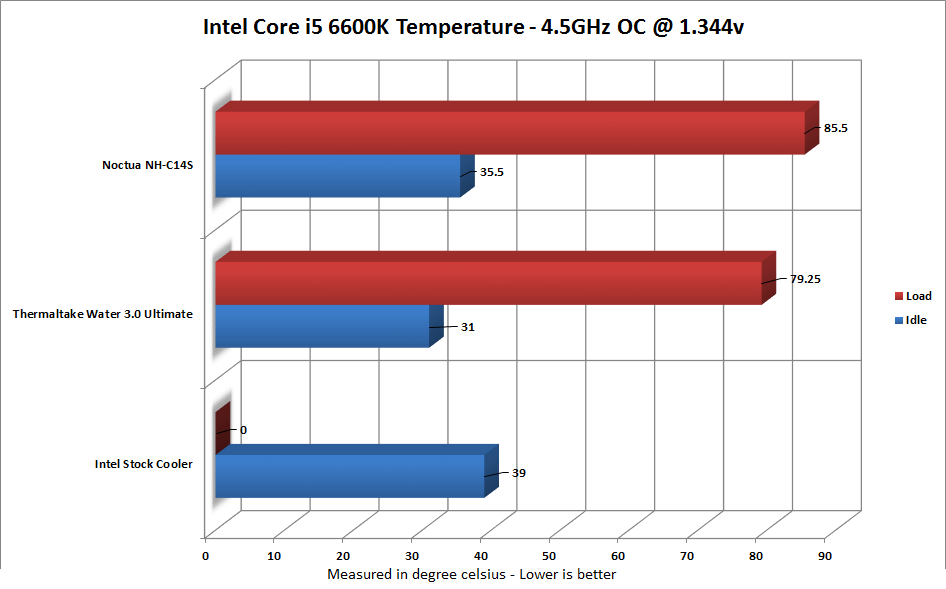 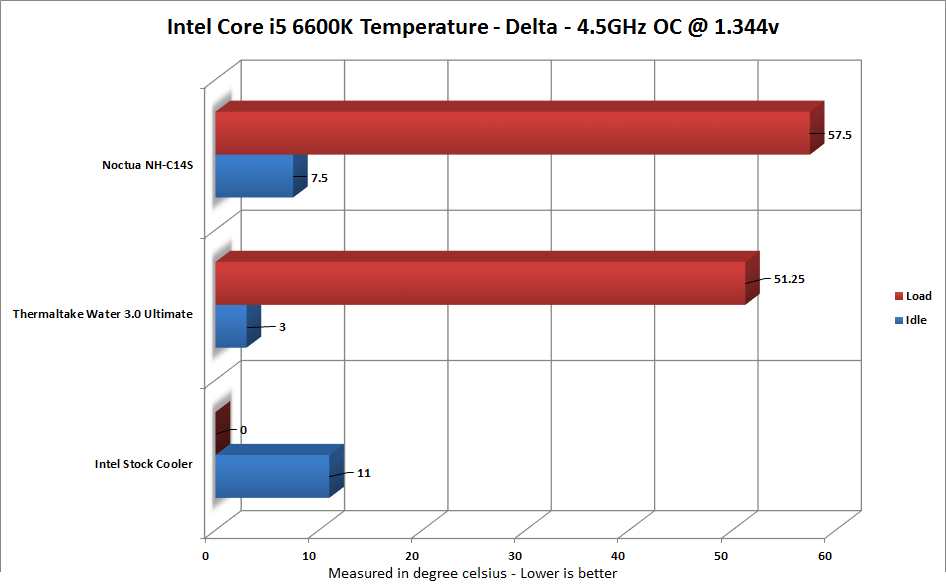 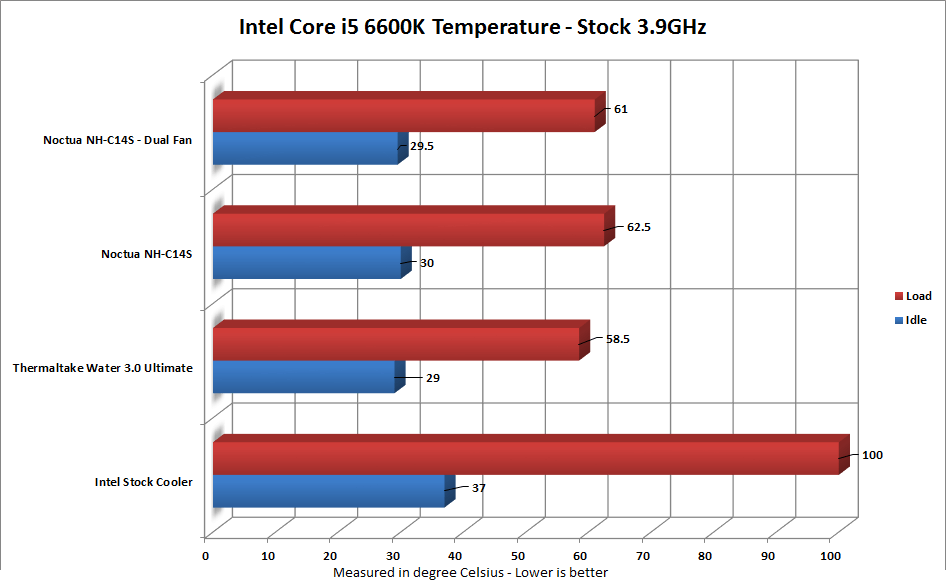 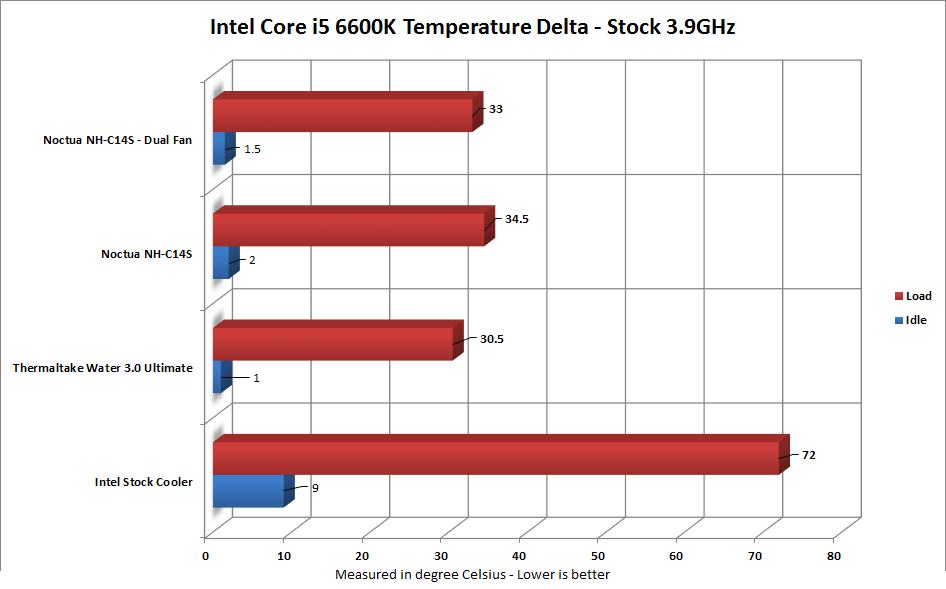 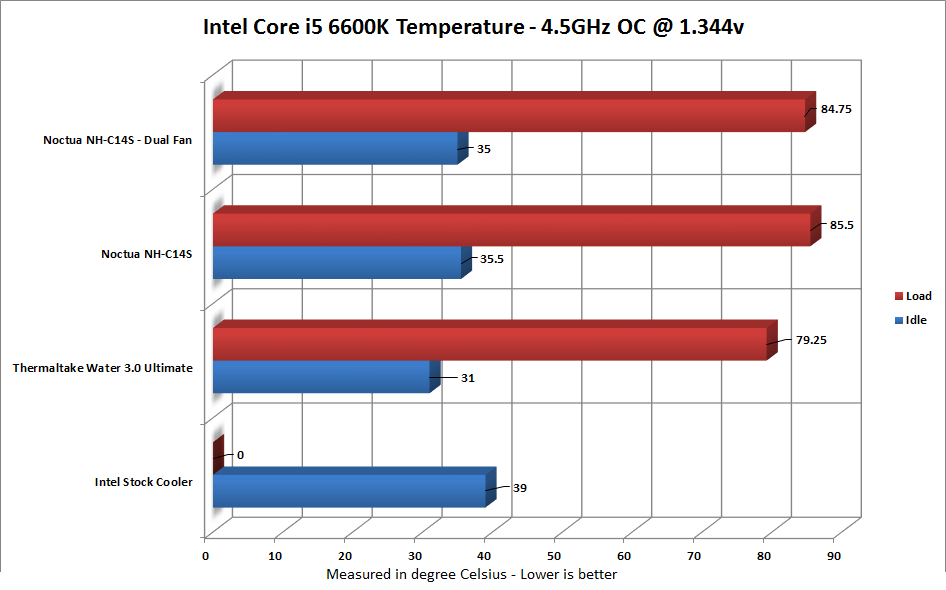 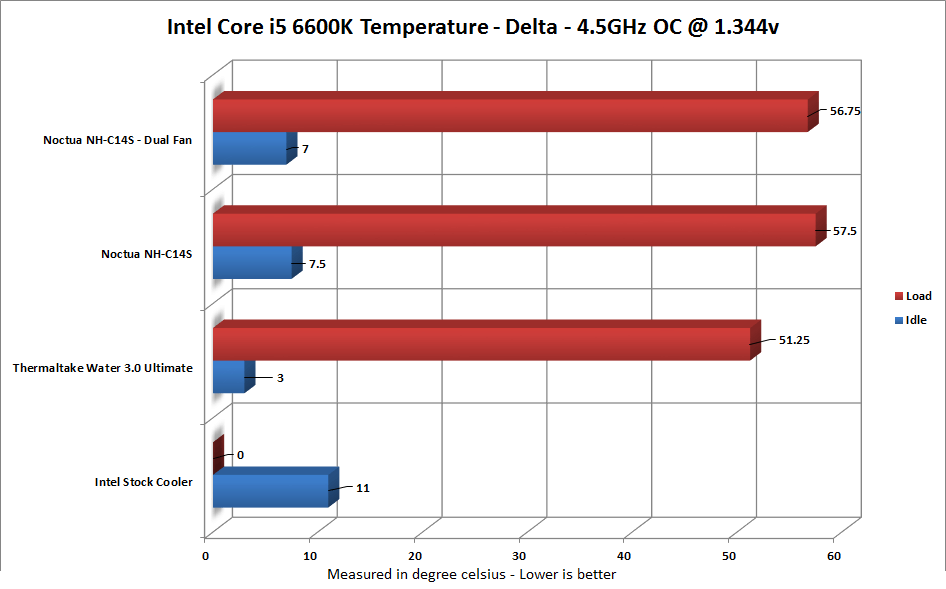 Real acoustic performance is something that can only be measured in an isolated environment, which of course I didn’t have at home with all the environmental noise. So I will not be mentioning the acoustic performance in numbers in the review, but what I can tell you is that the Noctua NH-C14S is an almost silent CPU cooler. You can hardly hear anything from the cooler at a distance of few feets. Since I’m using the Thermaltake Core P3 chassis, which is an open chassis, so I could hear the fan spinning when it was on full throttle at a distance of 2-3 feet, but it wasn’t much noticeable and hardly disturbing. So if you’re using a concealed chassis, that will surely help your case even more.

So as we can see, the Noctua NH-C14S does have a pretty good performance. At a room temperature of 28C, the I5 6600K reached a minimum average temperature of 30C while near 63C on load. I feel pretty relaxed when I say I’m good with those temperatures at the stock speed, but a little concerned with the overclocked temperature because my overclocked test is a bit overkill at 1.344 Vcore voltage. When it comes down to overclocked performance, we saw a good gain on the max temperature reaching 85C. Now compared to a liquid cooler, even if an AIO, but a 360mm AIO with 3x 120mm fans, the temperature seems justified considering it’s only air cooler and is only powered by 1/2 fan(s).

We didn’t have an air CPU cooler to compare against the Noctua C14S, but even when compared to the 360mm AIO cooler, the comparison doesn’t seem unfair as the C14S is not lacking behind by a huge lead.

As for the cooler itself, there’s not much difference between the performance of single and dual fan setup, so spending an extra $21.95 for another NF-A14 fan doesn’t seem like a good move for near 1-2 degree centigrade improvement. As for the build quality, I’m very happy with the quality of the product and the thermal and acoustic performance of the NH-C14S. The rubber padding on the fan helps out with the acoustic performance of the cooler as the fans are barely noticeable from 2-3 feets away, and in a concealed chassis, I’m sure you won’t even notice it spinning. As as far as clearance of PCIe and RAM slots are concerned, you’re good. You’ve got good enough space for the PCIe slot, but when it comes to the RAM clearance, if you have the fan installed in the middle of the cooler, the fan will make it a little difficult to install a medium-sized RAM. But if you’re using the cooler with the fan mounted on the top, then you’re good to even install RAMs with high-profile heatsinks.

As for the pricing goes, the Noctua NH-C14S costs about $74.90 which seems down right great for the performance if you take a look at the comparison between the 360mm AIO and this cooler. So in short, with Noctua NH-C14S, you’re getting a C-Type CPU Cooler, which puts your fan on display in the system in a unique way, has great thermal performance, is very silent and is priced about right. But the additional fan that costs about $21.41 for an improvement of ~1-2 degree Centigrade doesn’t seem to be a good deal. So in the end, I would like to rate the Noctua NH-C14S a 4.5 out of 5 stars and give it our previous Editor’s Choice award.