I took my wife to see Alice in Wonderland on opening night as the film previews looked very good and I am a fan of all of Tim Burton’s visionary and imaginative films.  I did not see the movie in 3D as I don’t have a 3D theater within 50 miles of my house so my review is only for the 2D version of the film and I can imagine it will only be better in 3D if the movie does as well with the technology as Avatar did. 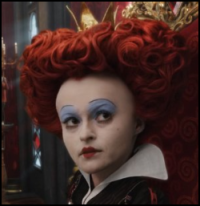 Alice in Wonderland is a retelling of the original stories in a unique way that gives you all the familiarity of the original with new elements that capture the imagination and magic that you would expect from a fantastical Wonderland.  Without a shadow of a doubt Johnny Depp is superb as The Mad Hatter, though you can see Jack Sparrow mannerisms in his character (hard not to), the more insane and crazy moments are even more eccentric and exaggerated than any other character.  It is always a joy to watch him on the film and the eerie eyes only help to displace his personality and make him all the more interesting.  I thought Helena Bonham Carter did a great job as the Red Queen portraying a spiteful, jealous and bratty girl who really just wanted to be liked and settled for feared instead. 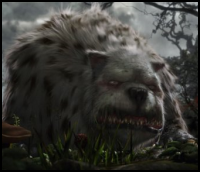 The Cheshire cat was still one of my favorite characters and subtly used in sporadic moments throughout the film.  The film also featured some amazing visuals and the landscapes, insects and plant life were nearly as detailed and vivid as Avatar.  Without spoiling the film I can tell you it had elements that made it feel a little like The Spiderwick Chronicles and more especially like Chronicles of Narnia.  The film was rated PG but I can tell you that there are some scenes that are far too scary and eerie for small children unless you have really couragous and brave little ones.  Severed heads floating in a moat, scary monsters attacking Alice, and the eerie and distorted head of the Red Queen herself can unsettle small children.

The film was very good and much better than some reviewers gave it, though I will agree that it is very predictable and more dark and less “light hearted wonder” than the original Alice in Wonderland but that is what we expect from a Tim Burton film.  If it wasn’t strange, odd and eerie to some degree, it wouldn’t be one of his pieces now would it be?

Dragon Blogger gives this film 3.5 out of 5 stars and this was for the 2D version, might even be higher in the 3D version.