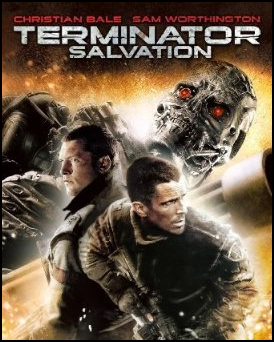 I watched Terminator Salvation with my wife last weekend and found the movie very much enjoyable and true to the original films.  Christian Bale did an excellent job as John Connor and his kind of brooding and troubled demeanor that served him well as Batman also serves him well as the leader of the resistance who is trying to stay alive and gain the upper hand against the machines.  It was interesting to see Sam Worthington in his role and having seen Avatar before seeing Terminator Salvation I kept feeling like I was watching Jake Sully a little, which isn’t a bad thing as his role in the film was excellent even though very predictable. 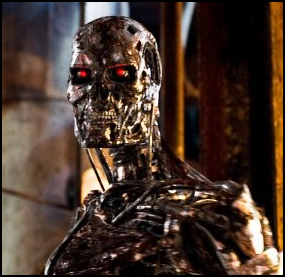 The major surprise I saw in the film is how true the film stayed to the appearance of the T800’s, the computer simulated image of Arnold Schwarzenegger from his glory days was uncanny and it made it the T800 seem even more formidable and powerful seeing the original “model” for the machine.  The fact that John Connor kept referencing and listening to tapes of his mother Sarah as his kind of guide as to what to expect in the future from the machines failed to prepare him for when he met Marcus Wright.

I read many other reviews of the film and saw many people that had negative things to say about it, but my wife actually really enjoyed the film with me (though she hasn’t seen the other Terminator films, its on our to do list).  Without going into plot spoilers, there were some things that didn’t add up, and the machines should probably have been more cunning than they were but I was too busy wondering how John Connor was going to save his future father from the clutches of Skynet.

The plot was a little weak, the special effects and action were top notch.  For a movie you just want to go and enjoy for some action, nostalgia and machines vs humans Terminator Salvation delivers in my opinion.  I would give the film 3 out of 5 stars.

Note:  If you like Terminator you should see my review of the  movie 9 which is another machines vs the world type of movie where the machines have won already.  This was a really creative 3d animated film that was also enjoyable and had similar theme and feel to the Terminator and Skynet.