This is a review of the EasySMX Kotion Each G1200 which is a budget gaming headset that works with PC/MAC/PS4/Xbox One or mobile devices (for gaming/music only) but not for having phone calls on mobile devices.  This headset is fairly straight forward and is nearly identical to other Kotion Each gaming headsets with a few notable differences pointed out below.

Unboxing the EasySMX Kotion Each G1200

So what you get is the same plastic and cheap feeling headband that occurs with Kotion Each gaming headsets like the G1200, G2000, G4000 and G9000.  But where the Kotion Each G1200 differs is the ear cup which seems more comfortable to me and the mic itself which is on a long thin adjustable frame rather than the cheap hard plastic mic extension on some of their other headset lines.

On the headset itself you have your volume up and down dial which controls the headset speaker volume. 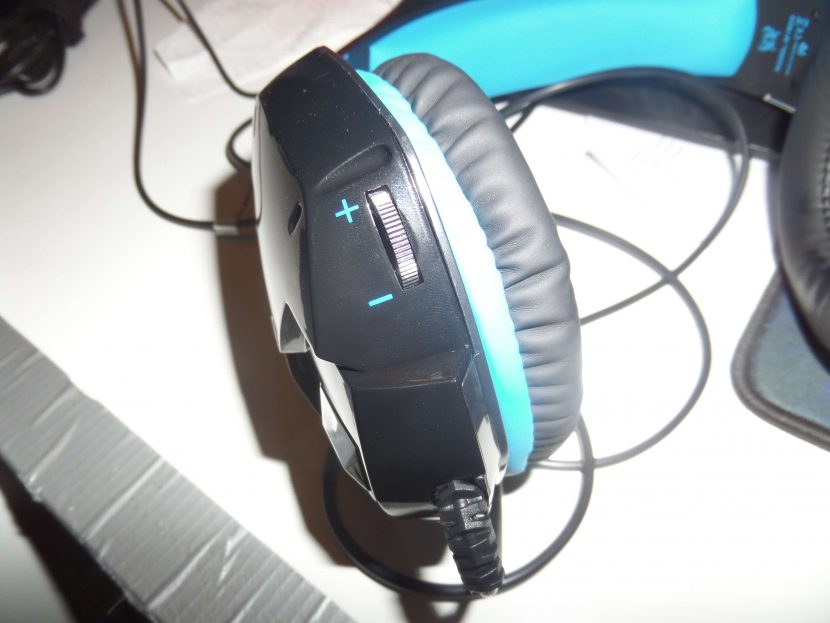 You also have your mute switch for your microphone which is appreciated as I have reviewed some headsets which don’t have a mute switch and when you are playing on a console having a mute switch in your headset is far more convenient than having to interrupt your game to mute your mic. 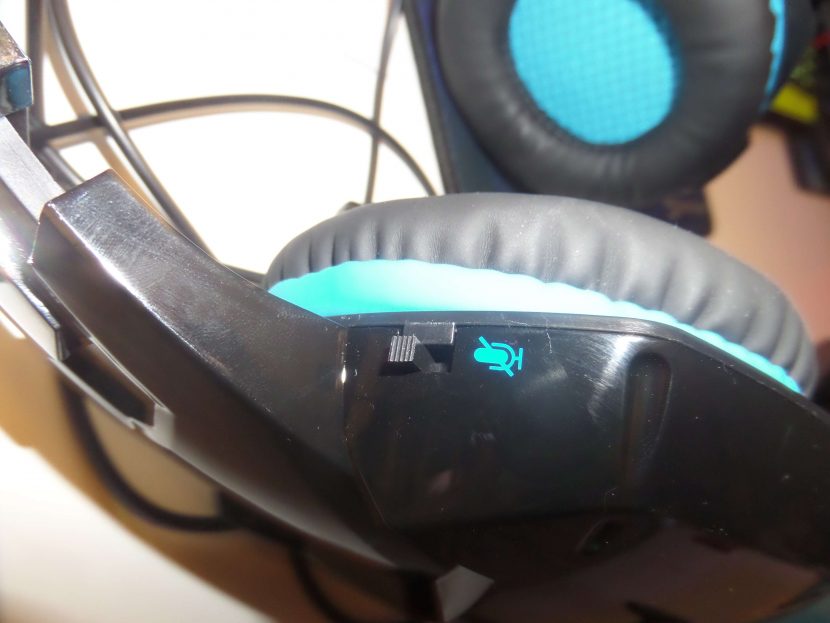 The mic itself is on an adjustable thin arm, it adjusts fairly easily an the arm seems to hold the mic in place just fine, though due to the way the arm is I think it could be subject to wear and tear and I can see a kid bending and adjusting it so much that it breaks underneath the rubber or doesn’t hold it’s place anymore, so this is an area I would have concern about over longevity but during my few weeks testing it it had no issues. 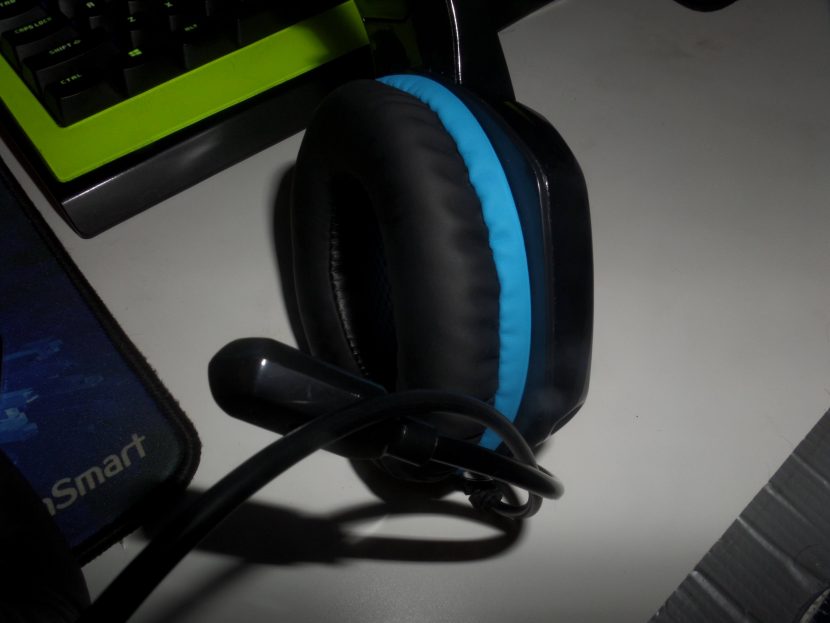 The microphone however sounded surprisingly good for a <$24 budget gaming headset on my PC, this headset was plugged into my Razer Blade 2014 laptop using the standard Realtek drivers and I had the mic volume up to 100% with boost up to 20 and it just sounded clear.  Compare the mic on this video below to the unboxing above which was using the Blue Yeti microphone and you can hear how clear this mic is on the Kotion Each G1200.

The EasySMX Kotion Each G1200 does not have a USB connection like other Kotion Each headsets do, this USB connection however was only for LED powered lights on the side of the headset or for sound vibration support which is a bass enhancement feature to vibrate the speakers when bass frequencies are deep to simulate or add experience when bass music or sounds are playing.  I always found that feature to be gimmicky anyway and I don’t care about my headset having glowing lights on the side so the simplicity of 1 3.5mm cable instead of having that USB cord also dangling like other models was a plus for me.  The EasySMX Kotion Each G1200 also does come with a 3.5mm audio splitter so without having to buy a separate adapter it will work with a single headset input jack or split to a green/pink 3.5mm audio/mic input jacks without an issue.  So this is like a $5 adapter that is included with the EasySMX Kotion Each G1200 headset and I have had many not include the adapter so I consider this a plus. 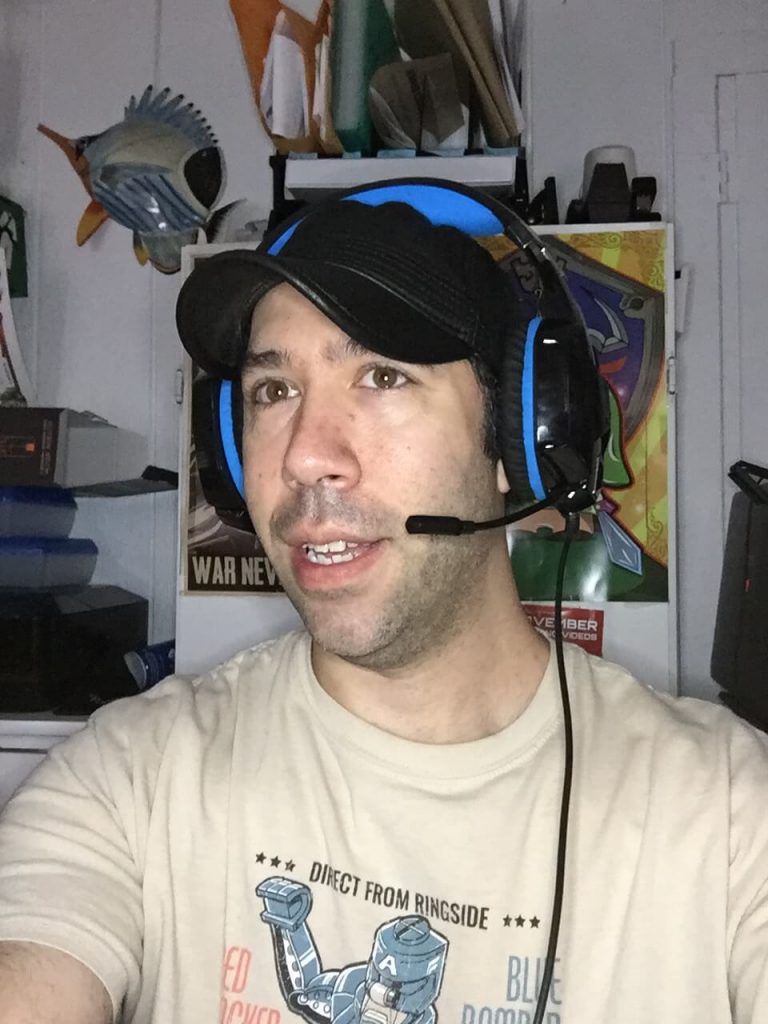 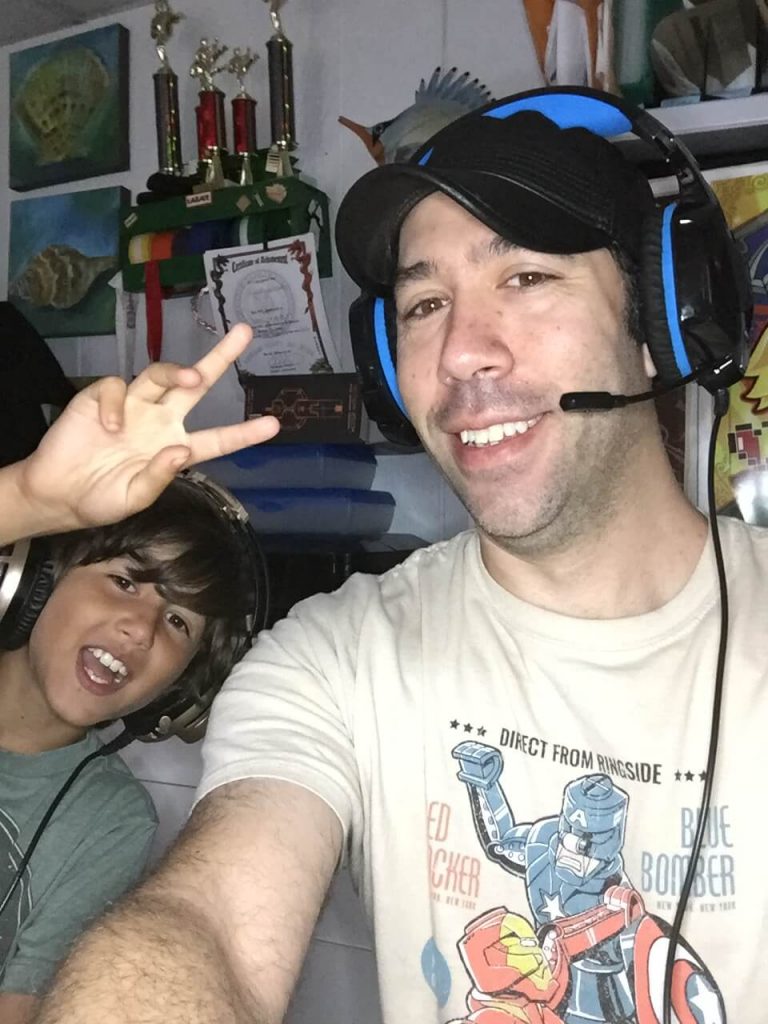 I did some live streaming of The Elder Scrolls: Legends online card game with this headset so you can see how it sounded captured through Open Broadcast Software (OBS) as well, if you were curious how it would sound during a live stream.