Many people these days are curious about EMPs, what they are, what causes them, and what they can do. If you’ve ever seen the 1996 film “Broken Arrow” directed by John Woo, starring John Travolta and Christian Slater,  then you have a pretty good idea of what an EMP can do. And, if you haven’t seen it, you might want to stream it, since it’s not only a great movie, but it will give you a healthy dose of reality regarding EMPs. In the film, the EMP is caused by a nuclear explosion. However, that’s unfortunately not the only cause of EMPs.

What is an EMP?

EMP stands for an electromagnetic pulse and it is an electrical current that is conducted atmospherically. In some cases, an EMP has the capability to destroy electrical power systems and all of the electronic and electric appliances and devices anywhere in the range of its point of origin. It is actually created when charged particle masses descend from way above our planet’s magnetic field and then interact with it. Unfortunately, due to our dependence on our digital tech and on microelectronics necessary for keeping up with our basic needs, a well-placed EMP would bring about our society’s collapse.

There are actually two causes of EMPs, both just as destructive as the other and include:

A nuclear bomb blast is capable of creating an EMP. It must, however, explode within and the earth’s atmosphere and also be high enough for its gamma rays to have the capability of interacting with earth’s magnetic field. And, it really doesn’t have to be an extremely powerful nuke either. It could simply be a small to medium-sized one. The nuclear powers of the world, including China, North Korea, Pakistan, and Russia, already have or have the capability of producing a weapon in the 100 to 500 kiloton range.

B Example: If a 100-kiloton bomb explodes at the proper altitude in just the right location, it could be the cause of our electrical grid collapsing completely via a systemic-failure-chain-reaction. 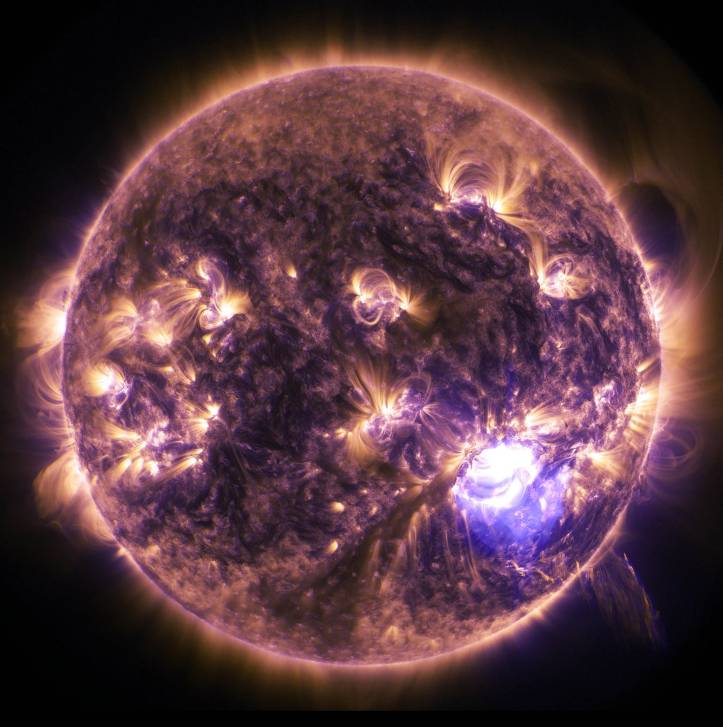 As stated above, nukes are not the only potential cause of EMPs. Nature also has the capability to produce an extremely powerful EMP as well. A massive cloud from sunspot activity spikes and solar storms can hit earth’s magnetic field, creating sufficient electrical current for creating the same destructive effects as a nuke. Scarier still is the fact that records and in-depth studies by federal agencies and reported to a research firm called Metatech, these solar super-storms are occurring every hundred years. So, when was the last one? Well, it was in 1921, which could mean that we’re less than three years away from another one.

Our government has the know-how for protecting the power grid from damage related to an EMP, however, neither they nor the major utility companies are doing anything about implementing protection from something called a Faraday shield. Could it be a money issue? Probably but it has been estimated that lack of protection in the face of an EMP could cost way into the trillions. Hmmmmm.

What You Can Do

In spite of the fact that our government isn’t taking the threat of EMPs as seriously as they should, you can protect your electronic with Faraday bags. A simple solution to a very complicated problem.

So, now that you know a bit more about EMPs and the available solution, you can be better prepared. You might also want to consider a generator and protection for it as well. The more you protect your home and family, the better. And this is where Faraday Cages come in handy as well.

Faraday cages, in a nutshell, are cages that can be custom made into any shape or size. They are made of a specific material that conducts electricity, and by doing so creates a shield to protect the content it surrounds. These are great in particular because the way they work is that they take in the radiation or static, and distribute it around the material of the cage; this means it gives complete protection. A good example of a Faraday cage is an airplane! The aluminium hull that lines the structure acts as a cage, and helps the airplane’s equipment from getting damaged. So if it’s good enough for an airplane, it’s definitely good enough for your home. These cages can be used to protect your home as a whole, or specific appliances. There are plenty of ways and materials that you can use to make your own Faraday cages; give this a shot to see how this really works!