I have been a huge fan of post apocalyptic turn based survival games since the original Fallout and this included playing Fallout, Fallout 2, Fallout Tactics and Wasteland 1 and 2.  I was a backer of Wasteland 3 from years back when the game was first announced looking for backers and several years later I forgot that I actually had backed at a level where I was given 2 PC Steam key copies.  1 of course I kept for myself to play and stream, the other I am running a giveaway for.  One thing to note is that InXile the developers were bought out by Microsoft and if you didn’t know yet, this $60 retail game you can play for free if you are already subscribed to the most excellent Microsoft Xbox Gamepass which there is a PC Game only version of gamepass that is only $4.99 per month for over 100+ games and new ones added all the time.  So if you are already an Xbox Gamepass subscriber you don’t need to enter the giveaway if you have a PC or Xbox One since the game is already included in your subscription. 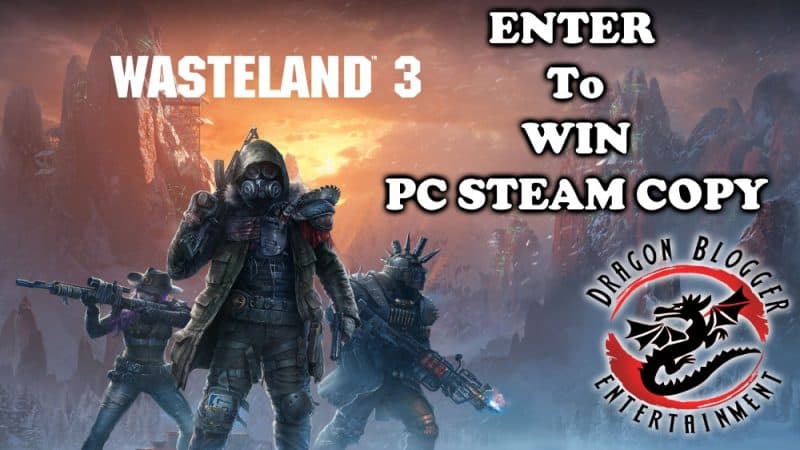 Note I was only given a PC Steam copy of Wasteland 3, so winner can’t choose a substitution for anything but the PC Steam key for Wasteland 3.  Make sure you know you very specifically want this game key (or to give it to a friend) and this platform when you enter. There is no prize substitution here and it should redeem in almost any region, but if it doesn’t redeem in your region and you are the winner then you can do what you want with the key but there are no substitutions.

Enter for Your Chance to Win Wasteland 3