Every week I try to find around 5-7 new entertainers who are content creators either in the live gaming and streaming space such as Twitch, Mixer, Dlive, Facebook Gaming or YouTube or are entertainment content creaters and publish their work to YouTube or another channel directly.  Mostly I enjoy interviewing and learning about artists and entertainers and giving them a little place on my blog to help get some exposure for them on my audience where they may never have had the chance to be interviewed yet.  So this is my 9th segment in the weekly streamer interviews and this week we have a new batch of streamers and entertainers to showcase.  Let me know if you are a game or entertainment streamer and you would like to be included in a future group interview roundup. 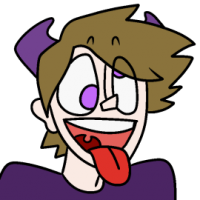 My name is Alex, I go by the Alias EyyDingus. Eyydingus is the result of many attempts to find a nickname that can describe me the best. Eyy because that’s normally how I start a conversation irl. “Eyyyy, How you doin’?” And Dingus. It was made by my Ex. I am such an idiot, I have a hard time picking things up and I’m just all in all a very silly man. I stream on Twitch. I started streaming Over 2 years ago ish. I started streaming because I just loved the idea of having a place of my own where I can connect with other people. I love meeting people from all over the world. My Streams and my YouTube videos Consists of a variety of games. Mainly jokes and all good fun on both streaming and on YouTube, but every now and then there is a bit seriousness, when it is needed of course. I love hearing about peoples lives and what they’ve been through. I tend to die a lot in games, and It has become a meme after I used to mainly stream Dead by Daylight. Everytime I died someone named Carrot would type “DED” and eventually became an emote. I try to upload every day because as of right now, my internet is not good enough to stream. I hope to come back soon.

You can find EyyDingus on his Social Media Channels Below 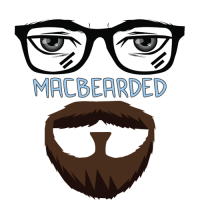 Hello! My streamer name is Macbearded! I came up with it as a friend used to call me bearded a lot and because I am Scottish and people’s surname usually begins with Mac and that is how it became Macbearded. I started streaming back in 2016 when I had a crappy desktop and wanted to show my Football Manager skills but also that was only game I was able to stream back then and can enjoy. I got into streaming because I wanted to make people’s day, make someone cry, listen to people and talk to them. I also got to into streaming because I have low confidence and social anxiety and a friend suggested me to get into it as it might get me out there and talk more which can build my confidence n talking to people. The viewers I expect to see would be people who like to do variety of games but also people who are into football/soccer games. I am usually associated a lot with Rocket League and Football Manager as I used to stream those two games a lot to begin with til I upgraded my PC and became more variety. I do enjoy a lot of different types but I want to show more of my personality and show you can also have fun in different games with me too even if it’s something you ain’t into. My schedule varies but I am usually streaming Monday and Wednesday 11am and nearly every evening at 7pm GMT and you can find me on: 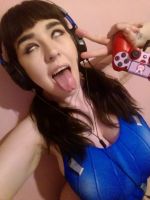 Hello friends! My name is Shaw & I’m a variety streamer from Ireland! My favorites types of games to play are horror games & story games, I throw the odd multiplayer game in every now & then but I prefer single player games to stream because it’s easier for me to interact with my chat. I originally got into streaming in 2013 but I quit after about 8 months because I dealt with a lot of cyberbullying & I had no support system so that didn’t go too well for me. Then in January of 2018 I met a streamer & we became fast friends & by August of the same year he had convinced me to get back into streaming. I’m so glad I did because it’s been an amazing experience & I couldn’t be happier to be back! The reason I got into streaming in the first place is because I wanted to play Outlast but I was afraid to play it by myself so I figured if I streamed it & had at least one person to chat with I would be okay & I know it sounds silly but it actually worked! When you come to my stream you can expect a fun, friendly atmosphere. I include all my commenters so nobody is left out. I just want to make my channel a fun & supportive place for everyone & to keep growing my community so I can pay it all back to everyone who supports me. Thank you for taking time to read about me! My streams are on Twitch & you can join my Discord here. 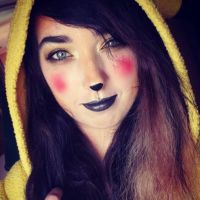 Greetings! I am the Dragon Queen, Fallexi or Pikalexi.. Or some cringy emo girl. Really depends on the day xD. I’ve been streaming for just over 2 months. I started streaming because I have wanted a career in the gaming industry for quite some time. I have been going to college to become a game developer, but I thought this would be the perfect way to get my first step in the gaming world. The main game I play is World of Warcraft but it’s really the only game I’ve been playing the past 7 years? I have taken on other games with streaming due to viewer request and sheer curiosity and this is helping me have a broader understanding of multiple types of game mechanics and art styles. I got my name Fallexi from World of Warcraft. It was a name I came up with during character creation. She ended up becoming my main in the end and a lot of people on the internet then knew me as Lexi or Fall. It’s been my internet persona for roughly 5 to 6 years and has stuck with me. So that’s how I ended up choosing my channel name. The community I have brought together with streaming has been one that has been quite supporting of me and a fun and engaging community. As a Dragon Queen, I consider my supporters apart of my clutch. It’s weird but that’s what happens when you follow a dragon. xD The things you can expect from my channel is cringy quality content… and a lot of rage. I’m over eccentric, my reactions are great and I get very salty about things that don’t go my way. So if you like watching a raging emo dragon queen who sometimes looks like Pikachu, you should stop on by my channel.
Sincerely, Dragon Queen Fallexi
Watch live video from https://www.twitch.tv/fallexi on www.twitch.tv 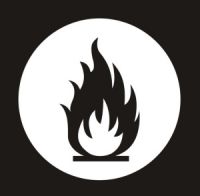 Hey everyone, my name is Chase. I am a full-time firefighter and a part time streamer. I am a laid back guy who loves to make people laugh. Streaming has made that easy for me to do while sharing my love for gaming. I have been streaming on a consistent schedule for about two months and just hit affiliate! As you all know, being a small streamer can take its toll with the good and bad days. One of my favorite things to do as a streamer is network with other streamers. It’s awesome to see how communities interact with each other and become friends. The small community that is part of this channel is very laid back and welcoming. Some people look at doing this as a full-time job. My main goal is finding like-minded people who love video games and making new friends. I play a lot of FPS games with a variety of other genres. I have been gaming on Xbox for many years, but recently just got my first gaming PC and have fallen in love. I am so excited to broaden my spectrum of games with this new step. With having a revolving schedule, I post my stream schedules on my twitter @ChaseBase37 and in my Discord which you can find on my Twitch.