From year to year, the gaming industry is developing at a frantic pace. Companies spend tons of money to develop games, hoping to surpass the competition. Today I want to talk about a series of games for which not only thousands of dollars are spent, but also which bring a lot of money to their players. As you already know from the article headline, we will talk about games such as Dota2, LoL, CSGO and others. The games are great part of e-sports competitions. Nowadays you can even gamble on the outcome of the e-sports events in the best Australian online casino website. 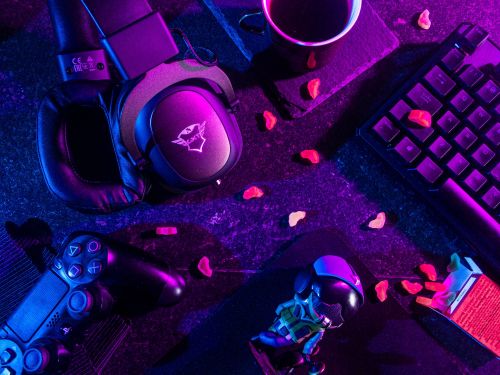 E-sports was born relatively recently, but the prize pools of e-sports competitions attract the attention of a huge number of people (as well as online casino owners). Many do not believe that by playing a computer or console game, you can earn a lot of money. Such skeptical people constantly express their discontent. Like, “eSports is not a sport” and so on.

I want to dispel the thoughts of such people. After all, sport is not necessarily muscle standoff. First of all, sports is competitions, entertainment, adrenaline. Athletes spend a lot of time training in the chosen discipline for the further manifestation of their superiority over the opponent. Speaking of eSports, I always compare cyber discipline with football. What is the difference between football and Dota2? The only difference is that football players need a stadium to compete. Moreover, preparation for the competition is carried out similarly. Each player has his own role in the team and trains according to his role. For example, Carry in DotA2 needs to destroy opponents fast, while the Support player make the work of the Carry easier. Captains think over the strategy and tactics of the game, coordinate all other players of the team. It makes no difference: either you train at home in front of a computer or in the gym; it is all a hard work and long road to supremacy over your opponent.

The competitions themselves held in the same way as sporting events. They are held primarily for the audience. After all, it is the spectators who support the athletes, and the athletes give the spectacle that the audience wants. Of course e-sports made a new niche for online casinos and other gambling resources. Now modern casinos and betting websites support betting on e-sport events and players.

Today, many follow various tournaments (Starladder, BlizzCon, WCG, DotA 2 International, etc.), but how many of you know how it all began? Thanks to what we can witness such wonderful events? I spent a lot of time searching and collecting information about the first tournaments, which can be considered as e-sports and would like to share it with you.

John Carmack – the man behind the glory of competitive matchmaking

It all started with a man who in 1992 made a game with his team, which became a turning point for the entire gaming world. This person is John Carmack, and the game is Wolfenstein 3D. It was Wolfenstein game, which provided Carmack with inspiration for the next project, which absorbed all the best from its predecessor, and in turn raised the bar for game quality to an even higher level.

In 1993, IdSoftware released the DooM game. New special effects, a completely new level of graphics with unprecedented moving platforms and level height changes and most importantly – a whole bunch of weapons. DooM had a multiplayer mode as well, the development of which gave rise to eSports.

Multiplayer consisted of two modes: Deathmatch and co-op. The Cooperative mode was a modification of the game, and made it possible for several players to play at the same time at same levels of the game. However, the most interesting was the Deathmatch – the game mode against each other. In truth, the first version of this mode was very bad, because the battles were held at the levels of a regular game and all switches worked, so some players could finish the game prematurely, just finishing the level. In the next version of the game, the Deathmatch was improved. This version of multiplayer deathmatch set the standard of the rules for all multiplayer games of our time. It was the popularity of this mode that interested Microsoft, which organized a tournament called Deathmatch ’95. As the name implies, it was held in 1995 (of course, there were competitions made by Nintendo and Atari in 80s but they were mostly for kids). The event of 1995 changed the history of competition in video games forever. Deathmatch 95 gave new life to the child name e-sports.