Game emulators are popular, and there is no doubt about that. They used to be one of the most popular downloads from Cydia, but few people can or choose to jailbreak these days. Luckily for all of us, some of the best game emulators have been made available outside of Cydia.

What are These Game Emulators? 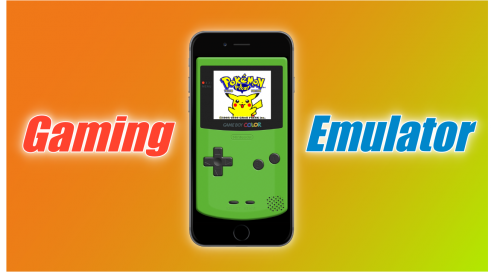 There are loads of these emulators, but some are much better than others. After testing several, we narrowed the choice down to five emulator apps that offer just about any game you could possibly want to play.

First up is one of the most popular. Developed by Riley Testut, GBA4iOS allows us to play retro Gameboy games on our iOS devices. It is perfectly safe to use and offers support for the Gameboy, Gameboy Advance, and Gameboy Color consoles. It has a built-in browser, making it easy to get new games, support for cheat codes, Airplay and external controllers, and plenty more cool features. It has support for up to iOS 10 and can be downloaded via Cydia Impactor or AppValley third-party app store.

HappyChick is one of the most comprehensive emulator apps, offering support for more than 18 different consoles. With one-click access, you can play games from the PPSSPP, PS1, Nintendo, GB, and many more. It works on all devices but, on those with at least 2 GB RAM, the newer games work even better. You can download it onto your iOS device using AppValley or Cydia Impactor, and it also works on Windows PC and Android TV.

Delta Emulator was also developed by Riley Testut and is the follow-on to GBA4iOS. It works on iOS 10 or above, and can be downloaded to your device using Cydia Impactor or AppValley. Another way of downloading it is via AltStore, a brand new type of store from Riley Testut. The emulator offers access to Nintendo and Gameboy games but, although it is a cool emulator, it is a bit more limited than the others in this list.

NDS4iOS is another emulator for fans of Nintendo gaming. There are thousands of Nintendo and Gameboy games to choose from and many more available for download too. It’s safe to say that, among all the Nintendo-based emulator apps, this one offers the most comprehensive choice and is one of the easiest to use. Downloading it couldn’t be simpler – just download AppValley third-party app store onto your device and install NDS4iOS.

Our final choice is another Nintendo gaming emulator, SNES4iOS, offering support for iOS 7 or above. SNES4iOS offers a ton of features, including one-click access to thousands of Nintendo games, an in-app browser that lets you download many more from the internet and support for the older devices. It is a comprehensive emulator app, and it guarantees you hours of fun with all your favorite retro Nintendo games. To download it, simply download the AppValley app store first.

Game emulators are always going to be a popular choice, given that Apple will not support console gaming, and the official console games that have been made for iOS are nowhere near as good as the originals.

You might wonder why you can’t download these directly. You can, if you choose to use Cydia Impactor and sideload the app onto your device. Doing it this way will mean that you need your Apple ID and will also need to reactivate the app certificate every seven days. The best way to install any of these emulator apps onto your device is by using a third-party app store called AppValley.

Not only do you get all these cool emulator apps, but you also get access to thousands of other apps and games. Many of them are tweaked versions of stock apps, and there are even a few Cydia apps that can work without a jailbreak. Even better, everything, including the five emulator apps listed above, is completely free to download and use.

Does it get any better than this?

Not really. No matter what your gaming preference, these apps have you covered. While many are limited to Nintendo gaming, those consoles were the most popular in the world. If you need something other than Nintendo access, simply download HappyChick.

Do try these emulators; you won’t get them from anywhere else, and you won’t be able to play your favorite games without them. Don’t forget to share this and tell us if we missed a great emulator off the list.