Disco Elysium’s a hardboiled crime thriller that features one of the most advanced and intricate dialogue systems we’ve ever seen. Every tiny thing you do affects every other tiny thing, and it’s both brilliant and mind-boggling. But most of all, it’s addictive. It’s inhabited by a cast of ne’er-do-wells that are refreshingly well-written in a universe that’s alive and breathing and living in.

We’ve been feeling empty since completing it. So, in our quest to fill that void, we scoured the internet to find similar games. We wanted an extreme player agency, of course, but above that, we were looking for something with that same dense atmosphere. It has a barely perceivable yet authentic pressure, constant and unrelenting, where you get the sense that something could go wrong at any moment. Here’s our pick of the top games with that rare Disco Elysium vibe that fans of the game have got to try.

This Is the Police 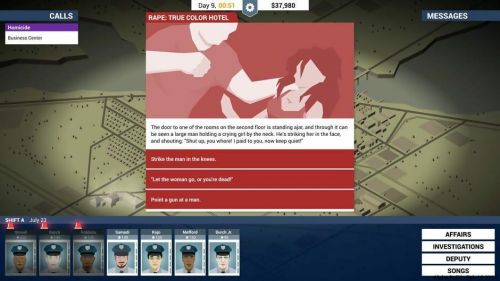 This Is the Police puts you in the shoes of Jack Boyd, the Police Chief of a corrupt town of crooked politicians and dangerous crimelords. Jack is constantly faced with dilemmas that have long-term consequences. The new mayor wants you to fire coloured officers, or he’ll cut your budget. The head of the town’s local mafia is asking you to turn a blind eye to some crimes his cronies have committed, or he’ll make your life a living hell.

All of these decisions tie into each other in a closed-circuit system that results in some spectacular examples of procedural narrative. In your daily duties as Police Chief, you’ll need to micromanage your officers, assigning them tasks, taking on new hires, and firing them if they can’t cut it. For example, one of your officers might have terrible stats, and he’s a chronic alcoholic who comes in drunk on Mondays. But wait, did you refuse to fire the only black cop in the squad? Budget cuts mean if you fire drunkard you can’t replace him. Dock his pay, and he might quit.

This Is the Police is a game that forces you to find answers to some pretty tough questions. How much are you willing to sacrifice your own dreams to uphold your values? What’s the price on human life, and is it worth putting a target on your back if you can save one? 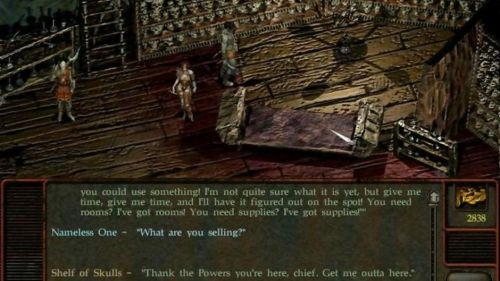 Planescape came out in a time where hack-and-slash RPGs like Diablo dominated the market. In contrast, Planescape’s dialogue-heavy, more ponderous gameplay was deemed too slow and confusing for many players expecting a more action-packed experience.

Much like Disco Elysium, Planescape is not a game with context-lite lore that you can fast forward through. Every word bears a meaning and every decision, no matter how insignificant it may seem, has consequence. Just like Elysium, it’s also light on combat – in fact, its clunky battle system and simple fight mechanics seem to actively discourage you from settling matters with violence.

It’s long-winded and a bit pretentious at times, but Planescape’s fleshed-out world, heavy themes, and freedom of choice make it the closest game to Disco Elysium you’ll find. 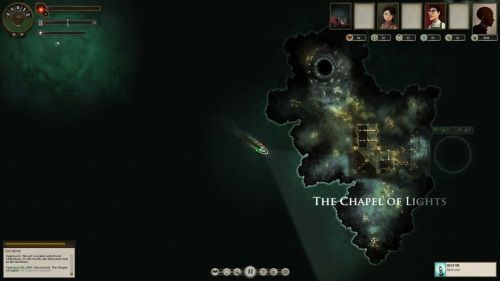 Sunless Sea is a haunting exploration game that has you sailing the mysterious waters around a city that has fallen into the sea. Life is tough, and you and the crew you lead must eke out a living in this hellish water world, completing quests and fighting the fearsome beasts that dwell under the surface.

It’s a mish-mash of about a dozen different mechanics brought together by the StoryNexus dialogue system that introduces dynamism into the story that ensures no two playthroughs are quite the same. A common point of praise about Sunless Sea is the importance it implants in your every decision, allowing you to shape its narrative and carve a place for yourself in its lore. This, in tandem with its atmosphere makes for a riveting journey through the high seas that fans of Disco Elysium will fall in love with. 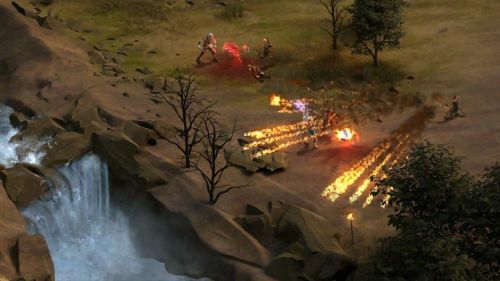 In most RPGs, you are the chosen one destined to rid the world of a sinister evil. Tyranny turns that idea on its head, putting you in the shoes of the traditional bad guy while at the same time pondering on the relativism of morality.

It utilizes a reputation system that influences how the game’s various characters and factions interact with you, but it’s more complicated than the binary karma systems you might find in a game like Fallout or Mass Effect. An action might be irredeemably evil in the eyes of one faction yet justifiable and necessary to another, and every person and group in Tyranny maintains their own metrics for how they think of you. Members of your own party might be both unwavering loyal and simultaneously disgusted by your proclivity for violence, and it shows in their speech and their actions, allowing for intricate chains of interactions that grow and develop as you play.

The fearlessness with which Tyranny tackles the duality of good and evil makes it a tale worth diving into. 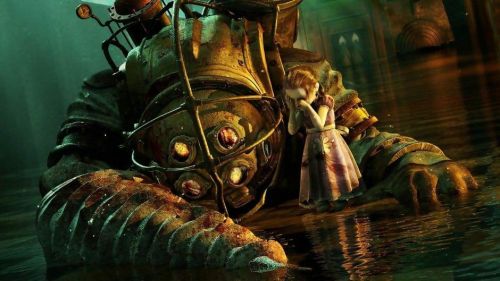 The original Bioshock was a triumph in video game storytelling. The game is set in the appropriately-named Rapture, an underwater Randian utopia where society’s elite hid away from the outstretched hands of the begging commoner. You arrive in Rapture in its last gasps, its art deco veneer and extravagant architecture were torn apart by a violent internal struggle that has ended with its inhabitants either dead or gone mad.

Unlike the other games on this list, Bioshock is mostly linear, though it’s startlingly self-aware of this. The story it tells plays with the concept of player agency, reinforcing the idea that all freedom is virtual, and the player is ultimately a slave to the narrative. 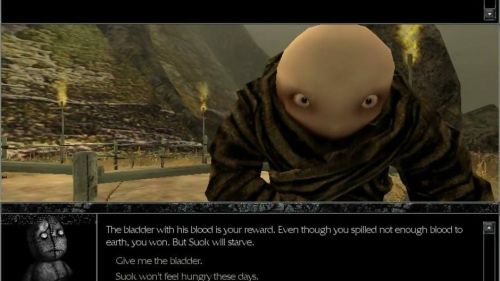 As Quintin Smith described it in his fantastic write-up on the game, Pathologic is about disease. Set in a small town whose people are dying from an unknown plague, you choose one of three travelling healers that arrive in an isolated town by chance. Not long after their arrival, a deadly sickness begins to spread among the town’s people, claiming hundreds of lives each day. Too far away from civilization for help to arrive in time, you must find the source of this plague and help this tiny village before it’s exterminated entirely.

The healers all arrived separately and initially are unaware of the others’ presence. Your actions not only affect the lives of the people that live there but also the healing efforts of the other healers at work. Pathologic tells a harrowing tale of life and death, the deadly consequences of ignorance, and a living, breathing town that is sick to its very core.

There might never be another game like Disco Elysium, but we’ve shown you that you can find similar experiences if you just look hard enough. Have you played the games on this list? What other titles do you think to have that Disco Elysium vibe? If you haven’t tried it yet, top up your Steam wallet and get the copy of the game on Steam today!