When I had Facebook Graph search enabled on my Facebook account earlier this week I only started scratching the surface in trying to figure out what I could use it for and how I would be able to leverage it to raise awareness for Dragon Blogger and the company and product giveaways that I do.

You can easily find this power in the ability to find people who like brands, but your ability to narrow down the search is incredible.  I am giving away a Logitech G500 for example and I want to raise awareness, so a simple search for those who like Logitech could help me find new people to contact or raise awareness of the contest. 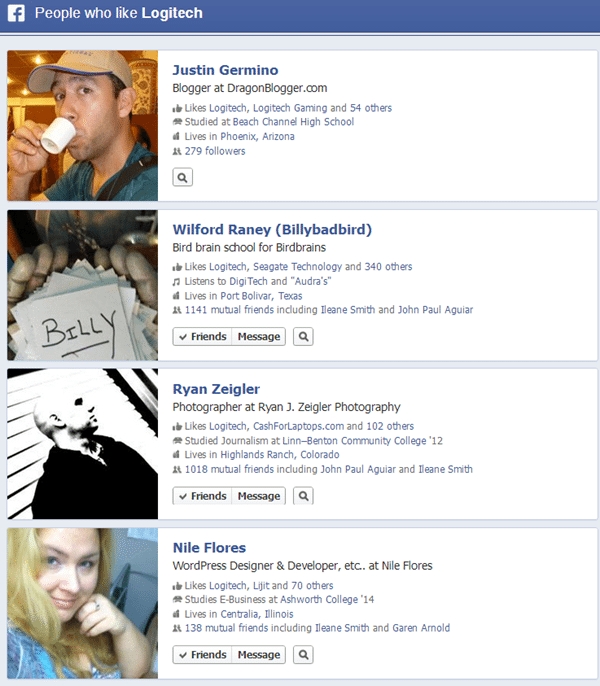 You could leverage the same info to find/contact people who like Android Tablets and get something similar. 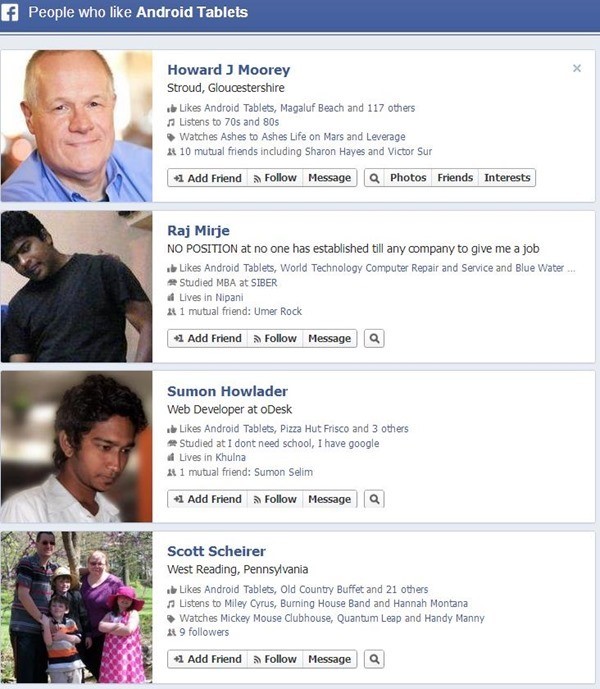 Say I wanted to be a business who runs a local giveaway, contest or wanted to reach out and gain awareness for people living in the same geographic location.  I did a quick search for Living in Arizona and Like Kindle Fire for example and am able to narrow down those who are fans of Kindle Fires and live in the same state. 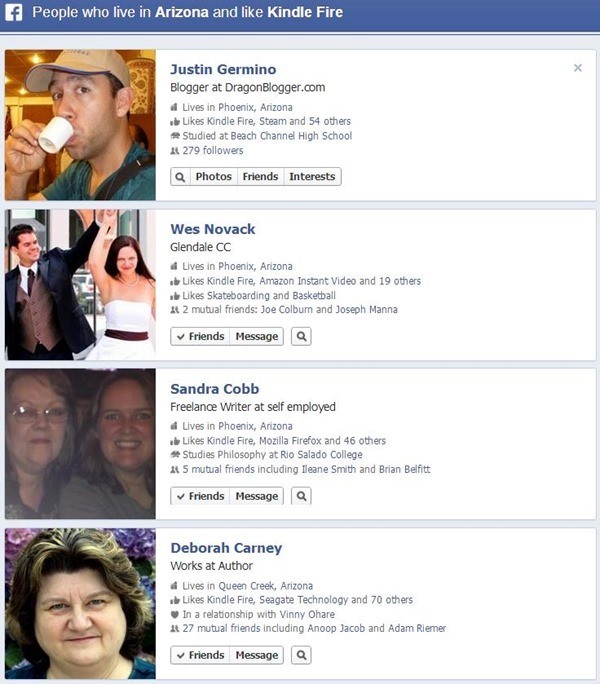 Now, I wouldn’t start spamming everyone who may connect in some way to what you are promoting, selling or marketing but I do think that leveraging this tool to help find key people with influence and audience and reaching out to them selectively could be a good deal.  This could also be just an easy way to find people to join your meet up groups, gaming guilds and what not.  A quick search to find more people to join Guild Wars 2 guild that I belong to can be done with ease as well.

Facebook Graph search is definitely something I have never seen before and gives unprecedented access to find and group people based on what you know they like, it would practically be a company’s dream except they don’t allow giant export lists of the target matches or allow you to send messages to people without paying for private messages and such.  It could also lead to Facebook spam worse than email spam if Facebook does sell this information and allow direct message contacting from companies, others at some point.

Have you used Facebook Graph Search yet, what are you using it for?