I received a copy of the Kingston SSDNow V300 120GB SSD Drive right after Christmas to review and was able to put it through it’s paces but I had to identify and figure out why I wasn’t getting the performance I should have first.

My direct review was in comparison to the Kingston SSDNow V200 Review which I did last year to show how the later generation of SSDNow V300 drives compared and outperformed the previous generation. 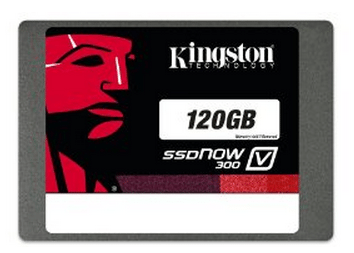 The Kingston SSDNow V300 120gb retails for about $100 on Amazon which is a fair price for an SSD drive.  If you don’t have an SSD drive you will see an amazing performance difference between a HDD and an SSD when using it as your Windows disk, my Windows 8 system on the new SSDNow V300 takes less than 6 seconds from power on to Windows 8 start screen.

The Crystal Diskmark benchmarks were form the Kingston SSDNow V200+ which was in the same SATA controller and swapped with the V300. 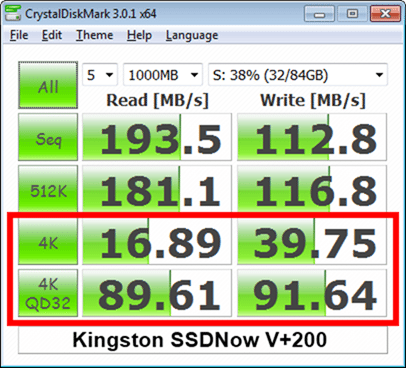 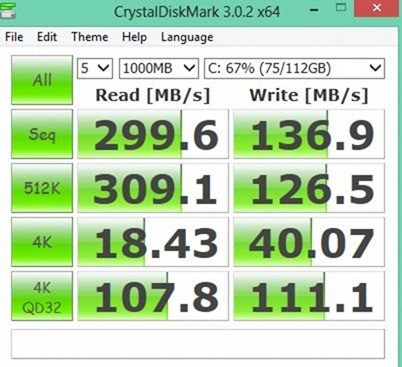 The Kingston SSDNow V300 for me had an average of 299MB/s read and 136MB/s writes which was much higher read speeds but only slightly higher write speeds.  These specs were still lower than the drive claimed to be and my SATA controller was from mid 2012 so was considering there were issues with my Marvell SATA 6GB/s controller.

Running the ATTO Disk Benchmark I was able to see more details and higher read performance for sure.  I was able to show write speeds were hitting 140MB/s and read speeds hit about 393MB/s on average when running the test multiple times. 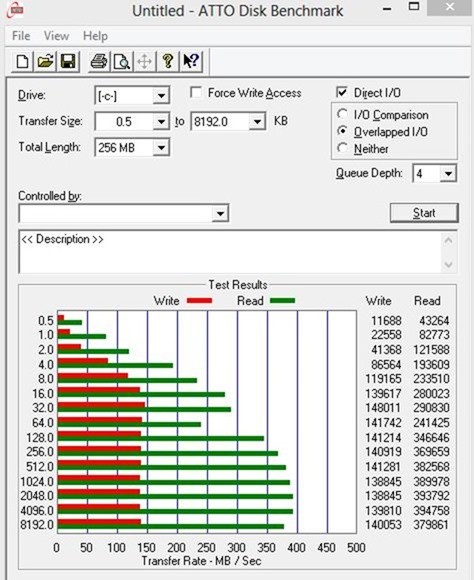 Tech Radar also reviewed the Kingston SSDNow V300 and was able to show that it had better numbers performing than my own CrystalMark tests, they recorded 458MB/s read speeds and 164MB/s write speeds.  I was never able to come up with this numbers, I think the Marvell 6GB/s controller on my motherboard isn’t performing as well as it should.  I did however see better numbers with the ATTO Disk Benchmark which showed the performance was clearly better however.

Either way the Kingston SSDNow V300 is a solid choice if you are looking for an SSD drive as a new Windows Drive or application drive so you can start programs faster.  It was lighting fast and I did a previous article on how to clone Windows drive to a new larger SSD and make it fully functional with free software Macrium Reflect.