I don’t typically play MOBA games, they are repetitive, competitive and often the level of skill to actually do well not only depends on your own skill and character bonuses/perks/levels but your whole team has to be a cohesive mesh of coordination, skill or else you will be trounced by your opponents, when playing 3v3 or 5v5 and you have even one or two lower skilled players or are alone, your hero is quickly outmatched if you are alone and not paired properly meeting the same objectives…etc.  To me and my family Heroes of the Storm is a bit different than the standard MOBA and this in part comes from the bonus map objectives which can turn the tide in or against your favor as well as add some extra fun elements.  Combine that with the fact you are playing with characters that have so much history from my past with Blizzard games (Sure you can get some of them with DOTA 2) but there is nothing like playing Jim Raynor himself or Tychus which my youngest son loves to play.

Every week Blizzard rotates out the “free hero set” that you can select and try out, you can permanently unlock heroes by buying them with gold (or real cash) and I would suggest saving up your gold, as some heroes are $10 by themselves.  I loved Jim Raynor, but when I got my 4000gp I unlocked Tassadar who is a support ranged character, not a ranged assassin and buffing up my allies with shields while doing psionic storm damage was awesome.  Tassadar was my favorite character from the original Starcraft series and I actually named my cat back in the day Tassadar when I was a huge SC1 fan. 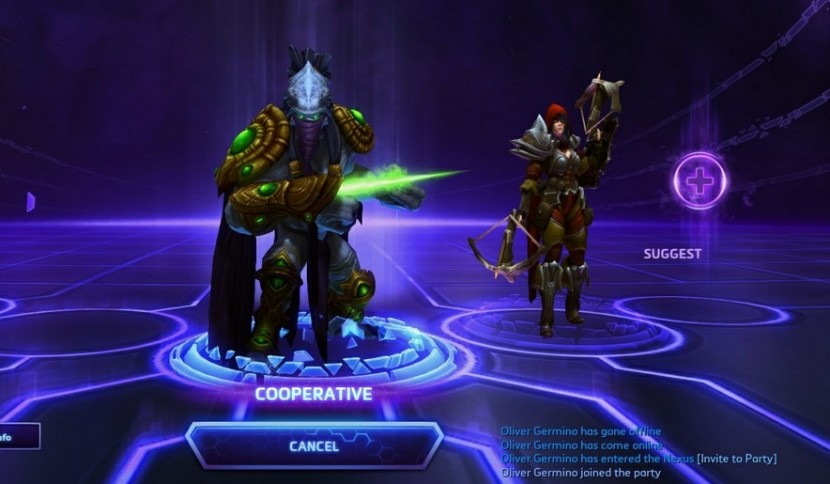 Zeratul unlocked as free to play this week and is also a potent character as a melee assassin who is cloaked by default, so you can easily get the drop on your opponents, though his melee means he bears the brunt of attacks and is very different to play.  The game is fast paced, and matches tend to be quicker than LoL or Smite when playing them, again this is in part due to the bonus objectives on each map where teams can work to gain favor or benefits that skew the advantage to their side. 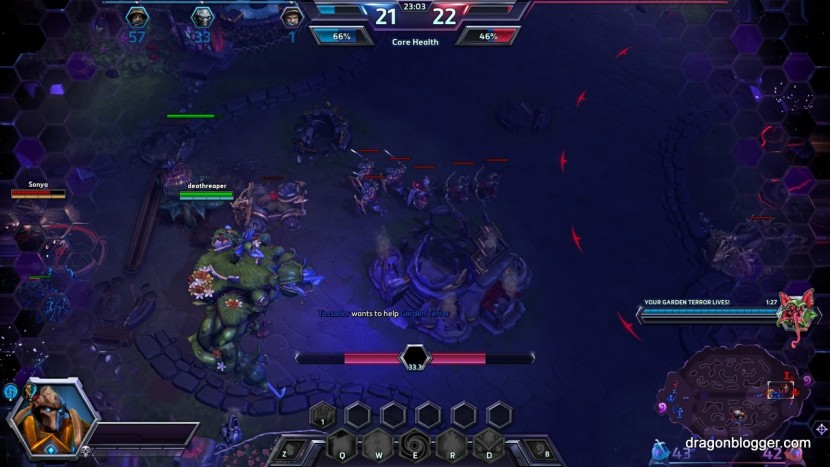 Example would be collecting the seeds for the massive garden terror you can grow (hero turns into) and wrecks havoc on enemy structures and bases.  The others include collecting pirate booty (coins) to purchase cannon bombardments of your opponents towers, controlling Egyptian like points that fire laser blasts, to raising an undead golem and making sure it has more power than your opponents which is near unstoppable without at least 2-3 of your heroes attacking it to slow it down.

Strategically deciding if getting NPC camps to joint he fight, or if going after an opponents hero for the kill instead of letting him pull back to recover and risking your life in the process is all part of the game.  Like all MOBA it is a real time game of strategy, you have your set moves, and level up generally but it is team strategy that saves the day.  This is also one of the few MOBA that both my 8 year old and 11 year old son just LOVE to play with me.  So the 3 of us form a team and have been combining cooperative where 5 human players are against AI, to competitive as we learn the various characters and rank up.

There is something about Blizzard’s Heroes of the Storm that draws me back into playing it more than Smite, LoL or DoTA 2, and it is the little touches, nostalgia for the characters and there is nothing like seeing Diablo and Valla go up against Nova and Tychus in battle!