Technology has improved drastically over the years and today, people own a single smart device that years before was composed of several devices. Years before a camera, a voice recorder, a flashlight, a radio, a compass, a library of books, a document scanner and others were separate devices. Today, these devices are fitted on a smart device such as a smartphone, a tablet or an android watch. 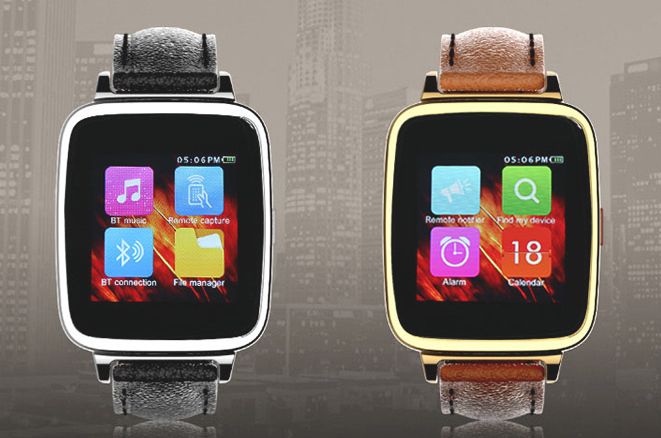 This has led to the rise of smartphone making companies like Oukitel. The company of late has released its latest device which is the Oukitel A28 smartwatch. The watch features a 1.54 inch display that has a resolution of 240 by 240 pixels.It is fitted with a 250mAh battery that helps to power the various functions of the smartwatch. The engineers have fitted the watch with 128 MB of RAM and 32 MB of internal storage that enable the user to store information.

The watch is powered by MediaTek’s MT2502A SoC and has Bluetooth 4.0 that offers connectivity to other smart devices. It has a heart rate monitor that helps to measure the heart vitals of the user. Calling, messaging and contact sync are other features that allow the user to communicate with others.

The non air gap high definition IPS screen offers the user a new sensory experience as they get to interact with the many apps loaded in the device. The watch has a genuine calfskin leather band which is not only comfortable for wearing but it helps to secure the smartphone around the user’s wrists.

The watch is perfect for use in different environments as it is water resistance therefore perfect for use when washing your hands.It runs on either iOS or Android therefore the user has the choice of thousands of apps on either app store. The operating systems are compatible with different languages such as Arabic, English, Chinese, Swedish, Italian, French, Finnish, Russian and Thai among others.It weighs 0.058 kg and has the following dimensions 4.8c m by 4.0 cm by 1.2 cm. When one purchases the watch, the package contents include one android watch, one Chinese manual, one English manual, one charging cable, one charging dock and one box.

Why you need to buy it

The smartwatch is fitted with many features that help to ease the life of the user. It has a heart rate monitor, has a camera, a pedometer, Bluetooth, apps, call function, messaging system and contact sync among others.

Although the smartphone is packed with many features, it is not hard to use. Since it runs on Android or iOS softwares, the interface and the apps are similar to other smart devices such as a tablet or a smartphone.

It is affordable to the user therefore a must have for users who are looking to go higher up in the ladder of technological devices.

It has a metallic body that ensures the longevity of the product. The metallic body helps to ensure that it remains water resistance when the user has it on especially when washing hands.The straps are made of calfskin leather band which not only helps to secure the android watch to the wrist but ensures comfort during use.

Pick up the Oukitel A28 now over at Gearbest for $50.99 and remember there is free shipping worldwide!