So I found myself in a predicament when I bought the Amazon Fire Stick and realized that my bedroom TV only had 1 HDMI input port.  I wasn’t about to buy a replacement LCD TV for several hundred dollars, so instead I decided to give the Fosmon HD1831 3 Port HDMI Switch a try primarily because it had a price tag of under $12 and would turn that 1 HDMI port into 3. 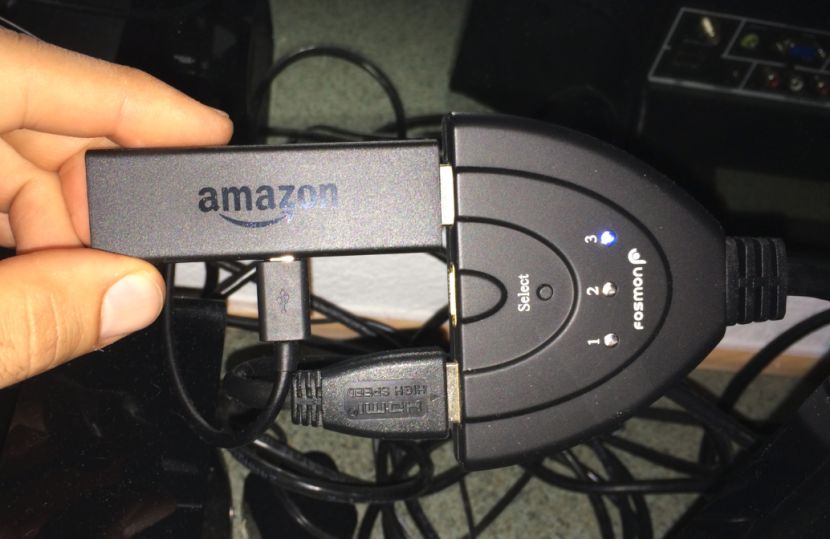 It comes with a fairly long cable for an HDMI Switch and this allows you to plug it into the TV and set it just about wherever you want.  It could use some velcro or adhesive pads standard to help hold it firmly in place on something, such as if you want to wall mount it but this is easily fixed with some Velcro strips, circles or simply a two sided sticky. 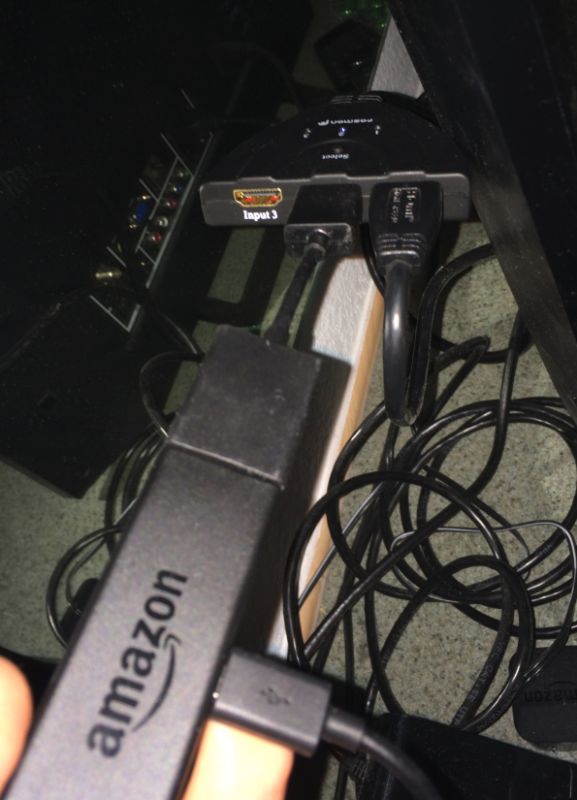 The HDMI performed flawlessly in every case, it auto switches to the device that powers on, but when you have a Fire Stick that is always on, and you have say your Dish Network receiver, you have to manually walk over to it to press the little black select button and have it switch to the alternate live device.  It will skip over inactive ports which is nice, I hate having to switch through invalid ports and other than having to manually press the switch instead of having some sort of remote I had no issues with the HDMI switch from Fosmon at all.

Video and Audio on all devices played fine, it supported hibernate recovery, mute recovery and every other video and sound check I put it on.  I unplugged and plugged in HDMI devices and every time it instantly switched to the most recent plugged in active device.  All in all this is about all you could want from an inexpensive HDMI switch and the only thing better would have been to have an IR sensor for a remote to switch the ports.