If you are one of those folks who have a 16 GB iPad or iPhone you will find space runs out pretty quickly.  PhoneClean is an application that can free up space on iPad and iPhone by cleaning out temp files, flushing application cache and more without having to delete and uninstall iOS applications.

I only have a 16GB iPad 2nd generation and I ran out of space quickly, it is time consuming and cumbersome to have to dig through all installed applications to see what takes up the most space and delete them manually on the iPad.  This is why when iMobie contacted me and asked me to review Phone Clean I jumped on board.

PhoneClean from iMobie is an application you install to your Windows or Mac Desktop, you run it when it is connected to your iPad, iPod or iPhone and it will scan your applications and iOS device and give you options to clean out and free up space.  I specifically was looking to free up iPad space since my iOS phone has 64GB and didn’t have a low memory issue.

PhoneClean is freeware, so after you download PhoneClean and install PhoneClean and run the application you will see this screen while it waits for you to connect your iOS device. 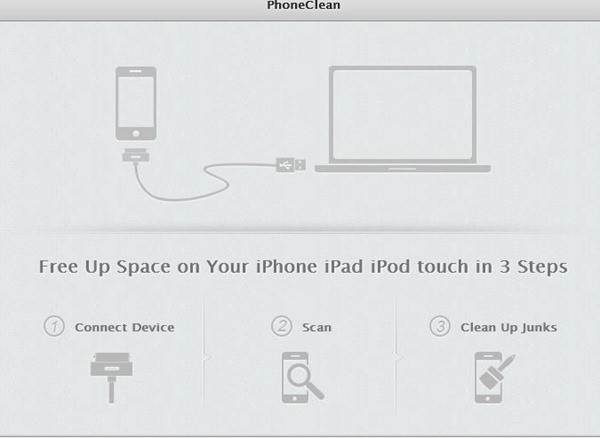 After connecting your iPhone, iPad or iPod Touch to the computer, PhoneClean will show you how much current free space you have on your device and give you the option to start a scan. 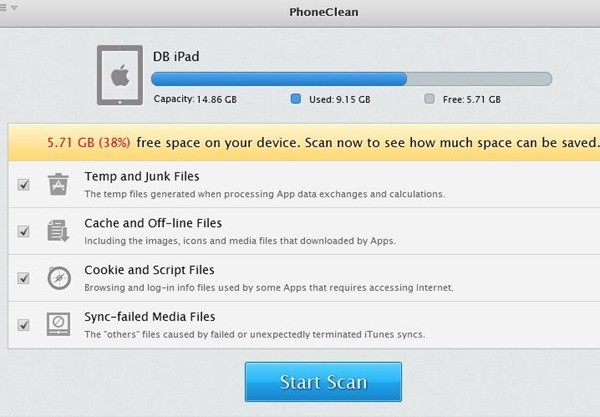 After starting the scan which takes a little bit as it checks every single application, you will then be presented with cleanup options and how much space can be saved. 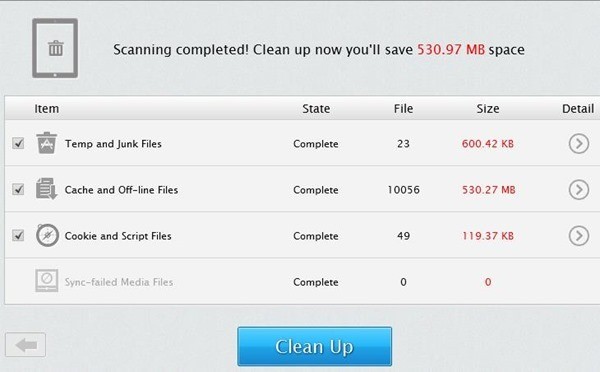 Then simply select what you are willing to clean up and wipe away the unneeded data.  It will start cleaning up data and you can watch as it sorts through each application.

I will point out that news based applications have the most offline files and cache, AP Mobile had 1/2 a gig by itself, but before I ran PhoneClean the CNN application was consuming 1.2GB of cache files itself separately which wasn’t reflected here.

After the clean up is confirmed, you get the output message on how much space was reclaimed on your iPad or iPhone. 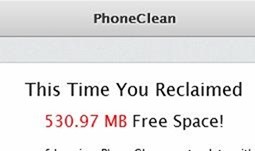 If you can’t part with any of the applications on your iOS device but you are desperate to free up space on your iPad, iPhone or iPod touch then PhoneClean is a recommended freeware tool to help free up memory on your iOS device.  I had no issues with it other than noticing the occasional typo like (file instead of files)…etc which is fairly common in freeware programs.

For those who had iOS space issues, how did you previously free up space?  Did you just delete applications or leverage another utility?