So I have been looking for a good Bluetooth headset for a while now and have reviewed quite a few earbuds, but I wanted to use a Bluetooth headset for conference calls this would be an over the head one with only 1 ear cup to keep my other ear free, like the kind that marketers use when making calls all day long from desk phones.  FRiEQ sent us their Wireless Bluetooth headset and it looked like it would do the job perfectly. 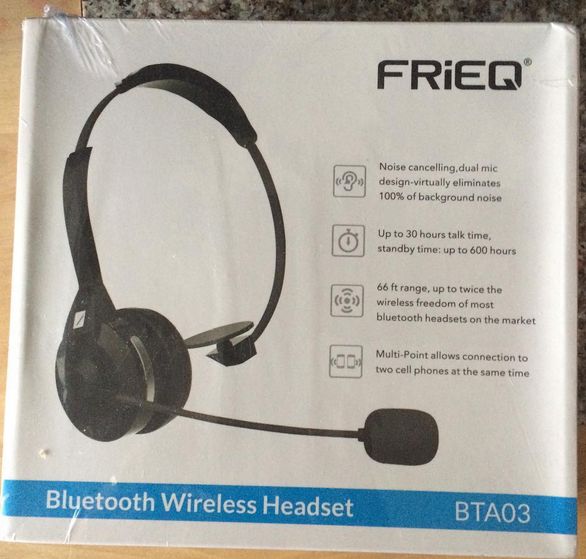 The headset was easy to setup and pair with my phone (and I paired it with my Windows 10 Laptop too Via Bluetooth) you can see it in this list of Bluetooth devices I had previously paired with my iPhone 5S. 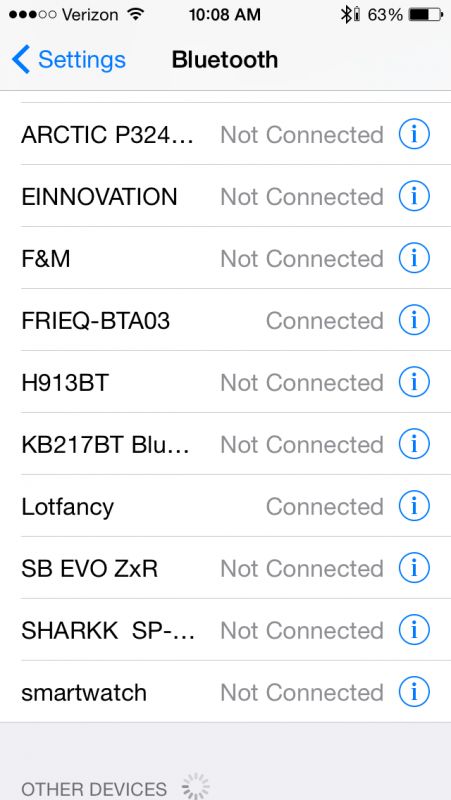 Now, the headset is actually very comfortable and they include extra foam mic filters, foam pad for the ear and the entire ear piece pivots so that it comfortably rests on your ear, while the other side has a pivoting rubber grip to give it good solid placement on your head.  I found that it didn’t adjust to be very small, and in fact I had to wear a hat to make it fit perfectly on my head, without a hat I felt my head was too small for it to make a solid fit, so they need to add some additional adjustment options in the headset for smaller heads would be one suggestion. 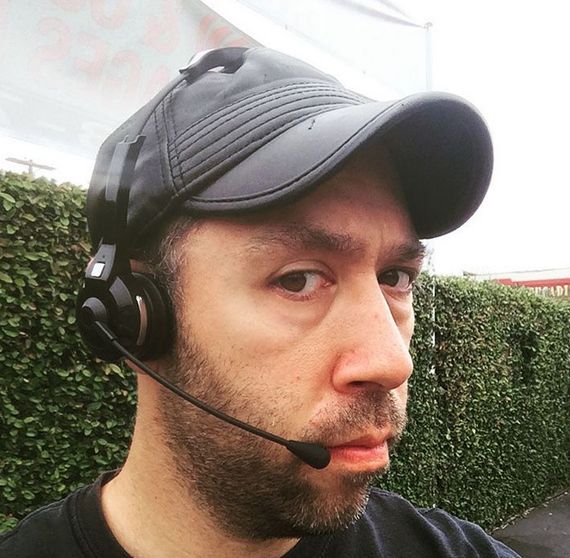 I was on many hours of conference calls and phone conversations over several days with the headset, the speaker part of the headset is great, I can hear everything clearly and loud and vibrant, the fit is great and I could wear it for hours. The battery life is also excellent as I was on for nearly 6 hours one day and 5 hours the next and still didn’t have to charge the device which boasts around 30 hours of talk time and 600 standby hours, now I have not tested the full 30 hours of talk time or 600 hours of standby, but already this headset had longer battery life than any Bluetooth earphones or headphones I had tested previously which was a good sign.

Now this FRiEQ Noise Cancellation Bluetooth Headset unfortunately did have 1 Achilles Heel and that is the microphone quality itself, which is such an important function of a Bluetooth headset.  The audio of my mic was constantly complained about on EVERY call I was on, I either sounded too distant, too feint or blurry.  I found out that when I removed the foam filter and turned the mic so that the holes in the mic were directly facing my mouth I had some improvement, but it just wasn’t enough, my voice wasn’t clear or loud enough in the mic.

Here is an audio recording with the FRiEQ Bluetooth Headset so you can hear with the Voice Recorder on the iPhone 5S, while it isn’t terrible this is as loud as it gets no matter what, and it sounds better with voice recorder than it does with conference call.

But the sound is very much not great when pairing with Bluetooth on Windows 10 Laptop, here is a Video of me talking about the FRiEQ headset while using the audio from the microphone of the headset.

So I definitely don’t recommend you pair the headset with a Windows laptop or PC as it had very poor performance paired with Windows.  Overall the FRiEQ Wireless Bluetooth headset with Noise Cancellation has really nice speaker and sound, but the microphone is problematic and finicky, you have to have it very specifically turned and located at just the right location in front of your mouth just to get it to sound decent enough.

Overall it is a 3 out of 5 stars, I also noticed the FRiEQ Bluetooth Wireless headset appears to be higher priced than several other brands that look very similar, now I don’t know if those are equal in quality but it seems the FRiEQ is also priced a little high for this type of headset.