The fifth and final season of Fringe has premiered and is picking up where the shark-jumping episode of season four, Letters of Transit, left off.  This last season of the science fiction series will only be a thirteen-episode season, much to the chagrin of its fans, which will hopefully give the show a good, plausible ending.

If you haven’t seen the first two episodes yet (I was a little behind myself) then you might be surprised to see some familiar face; and the absence of others.  Lincoln Lee currently is missing, and it looks as if he won’t be returning.  Broyles is also absent but Martin, the bookstore owner, comes back; not quite the good guy he once was though.  Nina has yet to be seen but we all know she is around from her appearance in Letters of Transit; as did Broyles.

While we learned in the season 4 episode, all the members encased themselves amber so the Observers wouldn’t capture them.  Also in that episode Peter, Walter, and Astrid were released but Olivia was nowhere to be found.  Lastly, Peter discovered that Etta, one of their saviors, is the daughter they lost all those years ago when the Observers attacked the Earth.  So all this has led to what know, how do they go about finding Olivia, and how do they stop the Observers so humans can reclaim the world again. 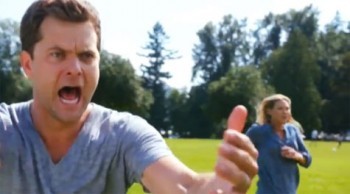 This season is going to revolve around 2036 and stopping the Observers for the most part, but we have seen some flashbacks already to 2015 when the world was taken over.  From what I have read, this may be all there is to see of the past.  Some of the familiar spots will make an appearance (as we saw in the second episode with the lab) but many of so changed from what the Observers have done, and the amber, that many might not look like anything we know. 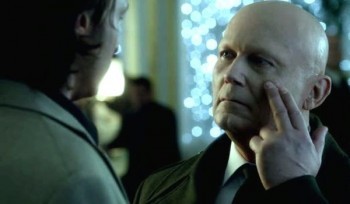 Despite Walter getting his mind back in Letters of Transit, he seems to have lost part of it again.  Whether this is due to the Observers interrogation or something else is unclear.  He had a plan but now doesn’t know it.  This is why the team ends up in the lab, to find some tapes which Walter recorded to stop this invasion.  Unfortunately, it’s not as simple as watching that one; nope there are more and each tape must be found and watched in a specific order to defeat the Observers.

While the show begins on a down side, there are some rays of sunshine, which come through.  Music is alien to the Observers but helps Walter when he needs it too.  A weed growing in scorched Earth is a good thing since previously nothing would grow in this area.  Etta learning compassion from her mother.  But can this show end on a happy note with the world saved from a future the Observers say is the reason they have taken over?  We will have to wait and see.