The vast majority of video games people play today are either about shooting the opponents into oblivion, or exploring a vast fantasy world, completing quests, gathering riches, and stabbing/slicing/shooting opponents into oblivion. As you can see, there’s an awful lot of shooting going on in today’s video games. But sometimes. you encounter a different kind of “side game” inside these worlds, that requires you to take a chance and hope for the best. I’m talking about gambling, of course, which sometimes, depending on the setting, can have a very important role in a video game.

How video games use gambling

Sometimes, like in Borderlands 2, playing slot machines is just a fun side element of the game, helping players earn in-game currency in an alternative way. Sometimes the role of gambling in video games is more prominent – like in the case of Fallout: New Vegas, focusing on the post-apocalyptic Sin City which is still the gambling center of the world.

Unlike in real life, where you can play with the bonuses found here and no deposit is required, in the world of Fallout: New Vegas you need to earn your currency the hard way before you even have the chance to multiply it. And another major difference between the two worlds (the real one and the post-apocalyptic one) is that in Fallout Luck is a stat that can be improved in time.

Gambling as part of the story

Sometimes gambling is part of the video games’ storyline. The best example would be Far Cry 3, where poker is one of the methods through which you can stuff your wallet with in-game currency. But you’ll need to unlock this feature first, namely by unlocking the Valsa Docks outpost. Poker might not be the most important aspect of the game, but it surely adds a lot of realism to its world. It’s a game played by millions all over the world, after all, and with no electricity, and no other modern day entertainment around, what could be a better way to be distracted than a deck of cards? 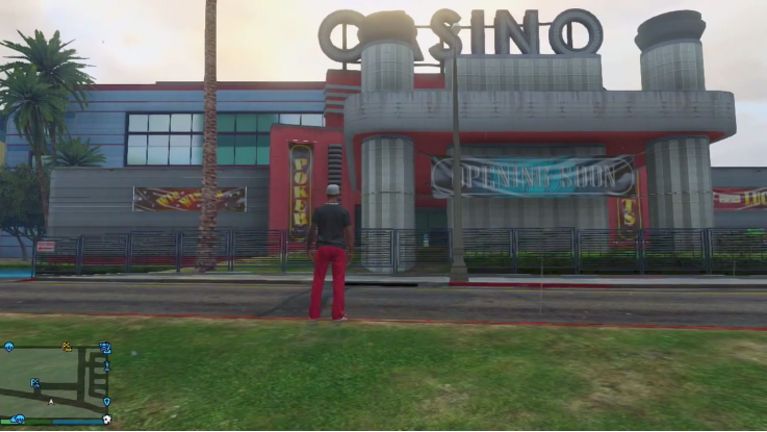 Is it OK to gamble inside a video game?

In-game gambling is used in many ways in the world of video games. Sometimes it’s part of the story, other times it’s another way to win more (or lose some) local currency. Sometimes it’s OK to have a bunch of slot machines or a roulette table in a game, and sometimes it’s necessary – it all depends on the story. Sometimes it can make it much more enjoyable, but sometimes – when overused – it can turn your game into a nightmare. Especially if you are not a fan of gambling. But where it has its place, gambling is a “necessary evil” – of the fun kind, that is.