Gamefly decided to ditch the steam like client application for operating systems and instead make their PC game distribution panel all web based, and thus Gamefly Digital was born.  The site is fast loading and access to content is faster than the client ever was and I have seen a few new and great PC games added in their unlimited play menu finally. Though they still don’t have a ton of modern games, the fact that Gamefly gives you an unlimited PC Play option with your normal Gamefly membership is a great feature, so not only do I rent console games 2 at a time, but I also use the Unlimited PC play mostly on my kids computers so they can have extra free content to play. 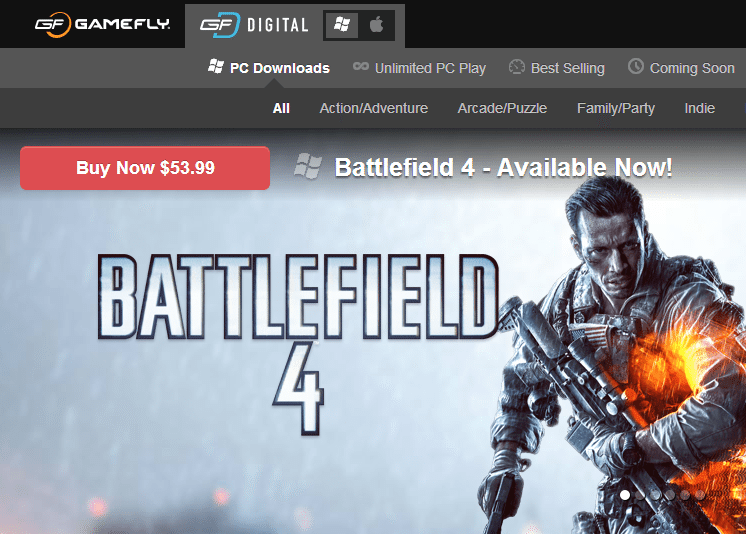 It is just another service offering and Gamefly has all the newest games for digital download and is giving out a 25% off coupon to some customers to try out the new store which can be used for any game which is nice.  I continue to leverage my Gamefly membership and have been an active member for years.

Unlimited PC Gameplay for Gamefly is a great way to catch up on some classics you may have not missed or want to replay again for nostalgia sake!

Though I will say I tried installing Earthworm Jim for my son and never did get it to work on a Windows 7 PC even in compatibility mode, but that was a game from 1993 which was a real reach and I was surprised it was even in the list.  For strategy game fans, if you haven’t played Kings Bounty: The Legend and King’s Bounty: Armored Princess these games are worth downloading and will keep you entertained for a long time, they alone are worth a few months membership in Gamefly.

Gamefly also already is allowing you to queue PlayStation 4 and Xbox One games so you can get them right away and after dropping nearly 1/2 a grand on a console, your budget for games may be limited.