As Mobile World Congress 2016 hits Gearbest has done something unique in tailoring a sale that helps showcase phones over years and deals that you can use to find/save on the phone that you want.   This means you get to see the popular phone technologies over the years and get some amazing deals on phones including some smartwatches as you progress through the years.

Introducing the MWC 2016 Sale over at Gearbest

Scroll through the sale list and see what great deals you can get!

Of course they start with the 2011 models and Fingerprint recognition, now the phones aren’t made in those years but they are showcasing the specific technology which was important and discussed and the features highlighted in these phones.  Examples would be that you can pick up the ZTE Axion Elite 4G for $299 and obviously this phone is a recent phone with 3GB RAM and 32GB ROM default.

2012 – 2014 were the years of Multi-Core processors on phones with phones varying from dual core, quad-core and beyond processors.  Need a budget multi-core phone and still want 4G, the HOMTOM HT6 4G Phablet is on sale for $119.99 for example. 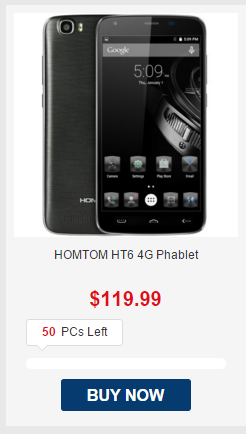 2015 was Arc screen which really was used in smartwatches, with the size and resolution that comes with it.  You can also find some great deals  on smartphones too like the Bluboo Xfire 2 3G Smartphone for $68.99 which is unlocked. 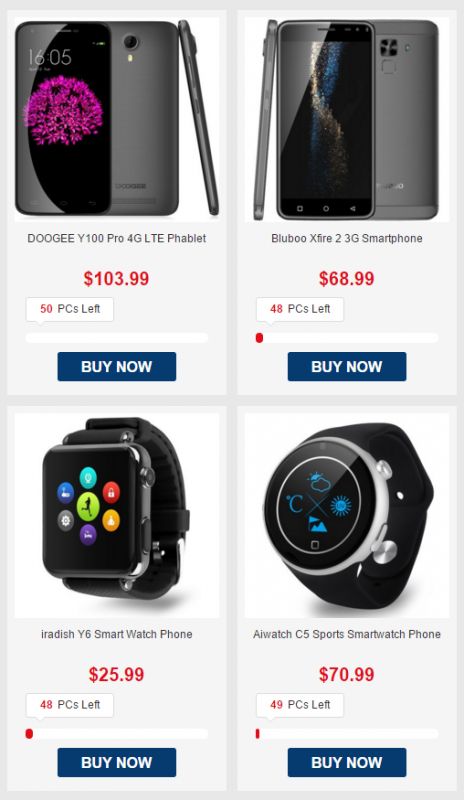 The Aiwatch c5 Sports Smartwatch Phone is a great alternative to the Moto 360 and unlike the Moto 360 is a fully stand alone phone as well with a SIM card, worth checking out if you love the round dial smartphone vs the square or rectangular smartphone style.

In addition to the sale which features a limited number of pieces of various phone and watch models, Gearbest is also giving away a brand new 2016 XAOMI MI 5 with 4GB Internal RAM!  All you need to do is head on over to the Gearbest Smartphone Facebook page and answer the following questions “For MWC 2016, which cool tech do you think will be revealed? What new products are you most looking forward to?” and you will be entered for a chance to win this incredible smartphone!