Every so often product reviews come in batches where a new product type or style comes to market and several brands contact us all at once to review a very similar product.  The latest wave of products is TWS earbuds which stand for True Wireless Stereo.  The True in True Wireless means there is no wire that connects the left and right earbuds at all, each earbud is truly independent and fits in each ear separately.  The earbuds all pair with each other as well as the Cell Phone, Tablet or Computer that you are pairing them with.  Most if not all also support pairing individually and can be used as an individual headset either the left or right ear and both have dedicated microphones so they work independently as well.

So being the fact I have reviewed about 4 pairs personally in just the past month, so far at the very top of the pack is these ones covered in this review.  These are the Geekee TWS Earbuds and they have enough features and high enough quality sound that they impressed me more than any other TWS earbuds so far that have been shipped to me.

You can watch a video review of the Geekee Wireless Earbuds below.

For those who don’t have time to watch a video and prefer a quick read, here is more information. 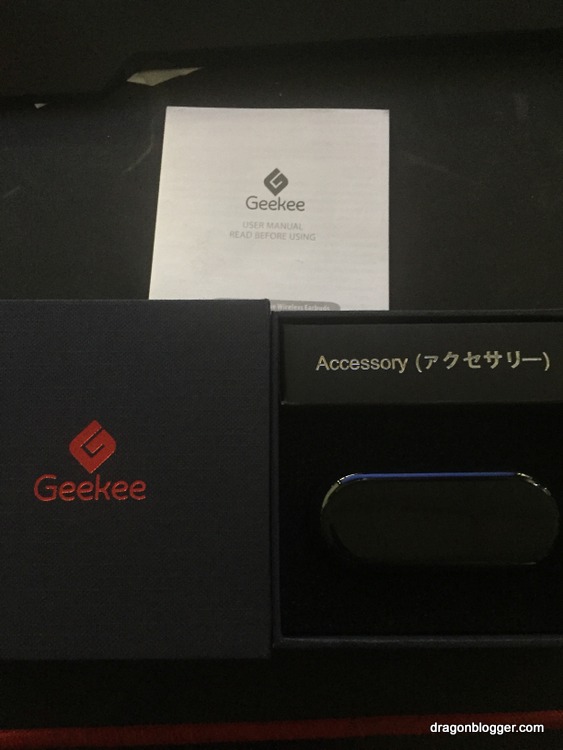 The earbuds come in a fancy box already loaded inside the charging case which is fairly small and fits in your pocket easily. 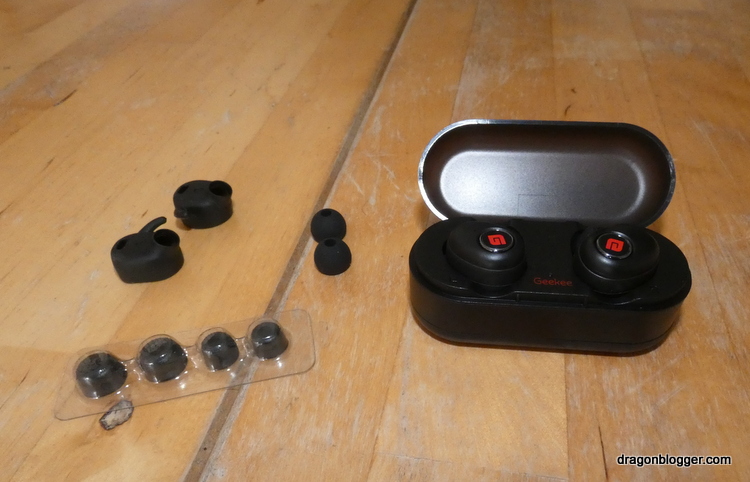 First after you take the product out of the packaging you can see you get a variety of both earbud tips and some covers if you want to use them. 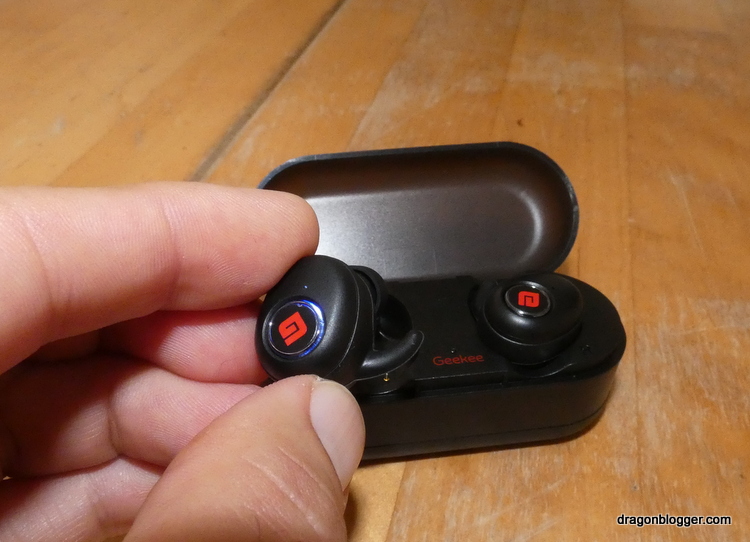 The Geekee Wireless Earbuds themselves have a hook in them that helps further secure them in your ear so that they stay put whether you are being physically active or sitting still. 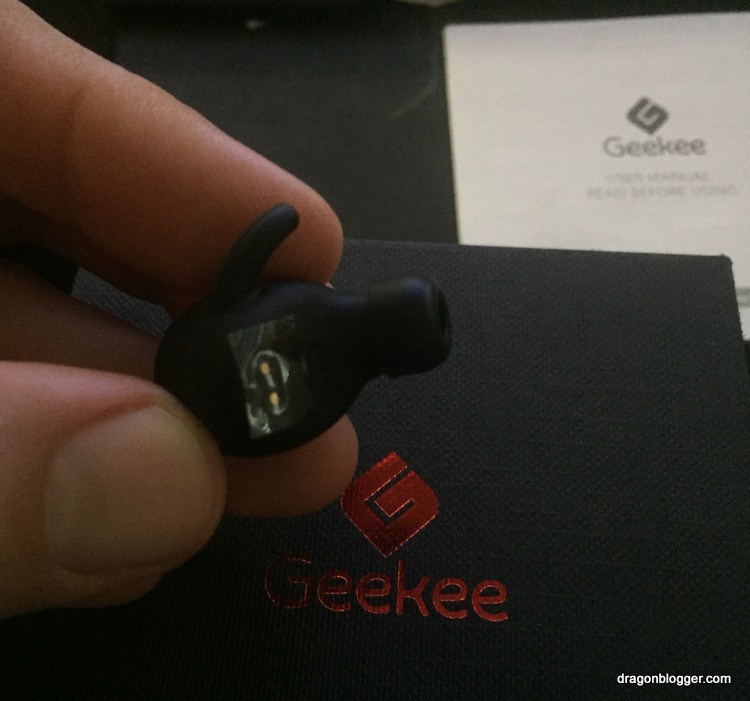 Make sure to remove the little plastic covering the charging pins so they don’t interfere with it’s ability to charge when being dropped in the case. 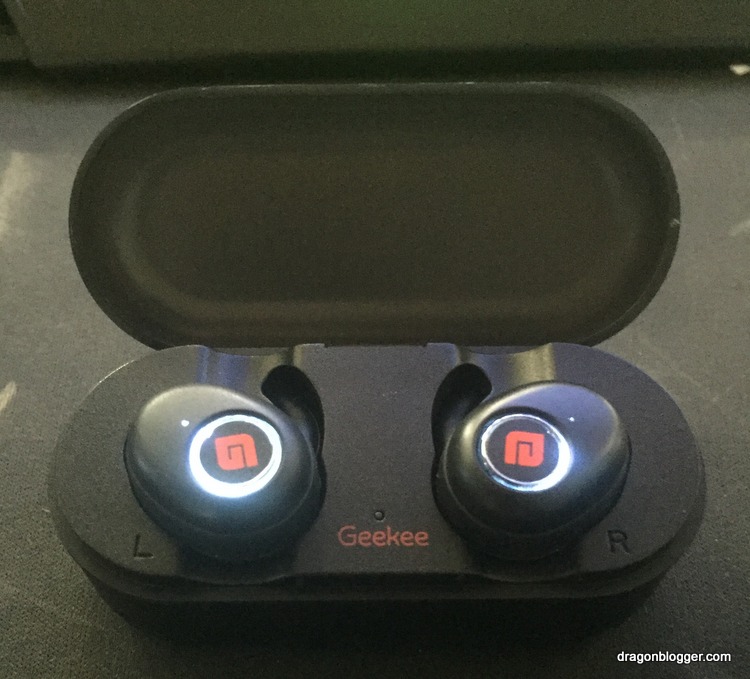 The earbuds themselves will immediately power on and try to pair with the last known device you connected them to the moment you remove them from the charging rest.  If they are not paired with a previous device they immediately go into pairing mode.  By default the earbuds were already paired with each other, but if they aren’t paired you can hold the power button down on both of them for 5 seconds to make them pair with each other for True Wireless Stereo mode if you need to. 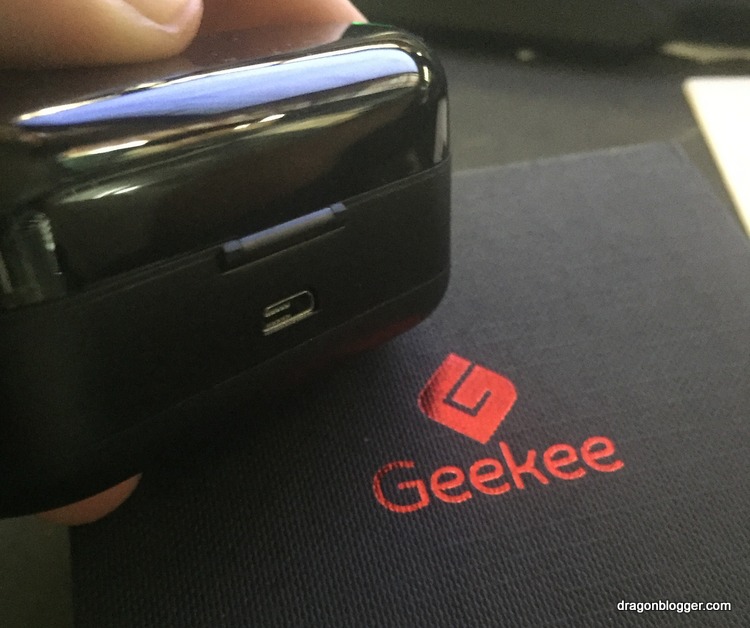 The case itself holds enough battery to charge the earbuds 4+ times over and has a microUSB port on the back of the charging/storage case which doesn’t interfere with the case sitting down properly while it charges. 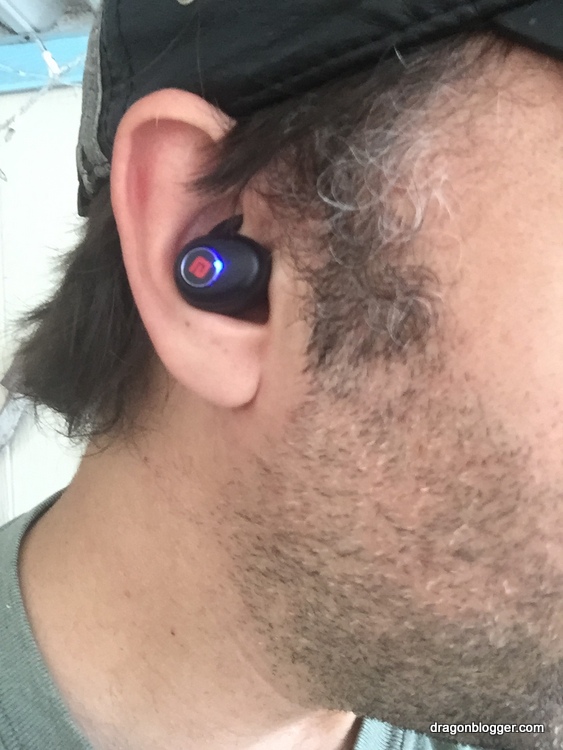 Now maybe it is just me, but the Geekee TWS earbuds felt like they were made for the shape of my ear better than any other TWS earbuds I have tried.  The just fit in that point as the tip rests against your ear canal and the ear wing hook just set perfectly to help keep it in place. 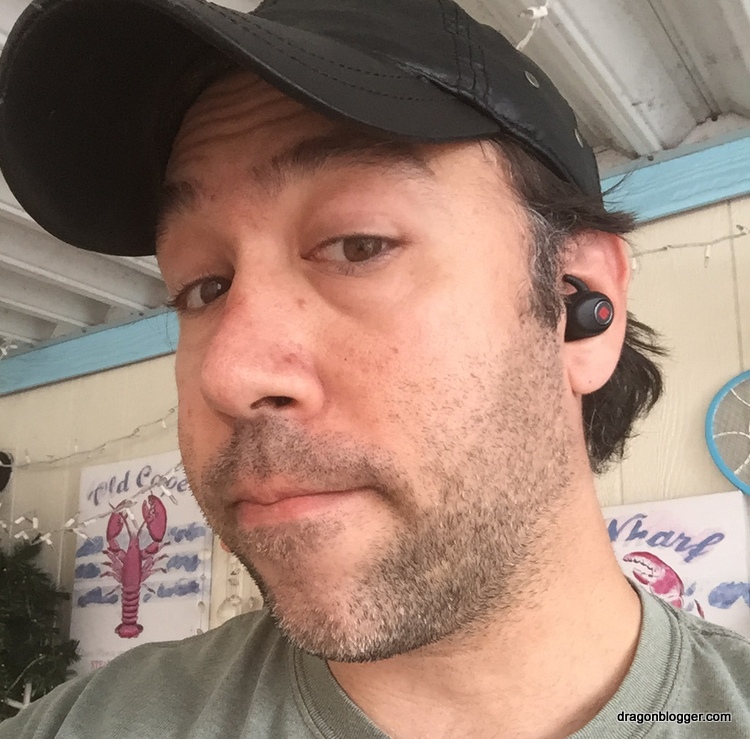 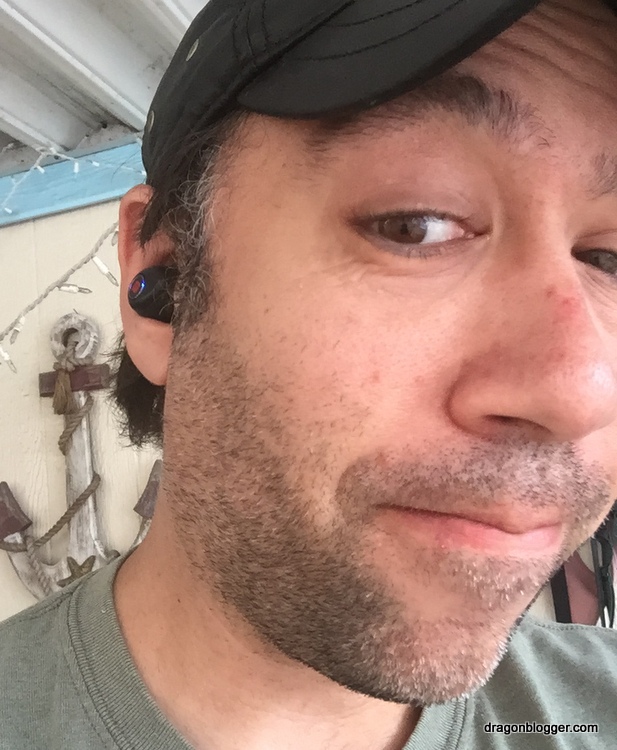 Besides look and feel however, I think the Geekee Wireless earbuds sounded better than any other model I have reviewed including the airpod like replica’s and other ones that were similar style.  They just had a lower volume and deeper bass production than other TWS earbuds and I found when listening to heavy electronica music from Daft Punk or The Glitch Mob these earbuds did them justice when I went for runs/jogs or worked out on exercise equipment at the gym.  Also, for listening to audio books voices were clear, crisp and didn’t sound muffled at all which can happen with earbuds that have bass boost that can make audio books sound worse.

Overall these get the top marks for me, though I have a new pair of similar ones coming that are $10 cheaper so price wise at $49.99 they are still on the higher end and would like to see them reach the price point of $39.99 if possible in the future for the ultimate value.