You don’t have to be a history buff to notice that this strange string of words makes no sense from a historic perspective. The guys at Radioactive Software didn’t seem to care and came up with an intriguing concept that is twisted and eventually lost due to an underdeveloped story, with a second-hand gameplay that sinks constantly. It’s sad to witness how an otherwise unique concept is being shred to pieces by this title and an excellent idea for critics to say that history should be better left alone, if you don’t know what you are doing. 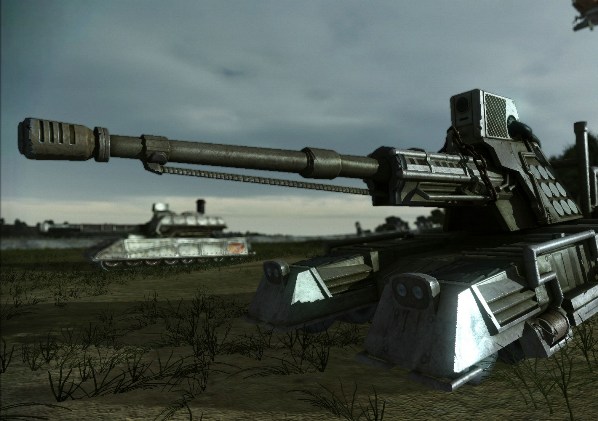 It’s a leper colony in there

I found it hard to believe that a game where cavalry and armored vehicles are fighting side by side can stay coherent, given the differences in terms of firepower and mobility. This is a real time strategy game and any decent title is supposed to combine micro with macro-management, concepts that Gettysburg’s developers don’t seem to understand. Outplaying the competition depends more on luck rather than skill and experience, because the game mechanics are simply too unresponsive to encourage direct control of units.

As predicted, the cavalry is underpowered and if you want to stay on the winning side, you need to focus on the armored units. Only when the latter are unavailable, players should try to control the bulk of their armies, which is downright frustrating. There is no tutorial to guide your steps in the first stages, so you will be forced to slowly claw your way to attain some degree of control, but effective management of your troops will never be possible. 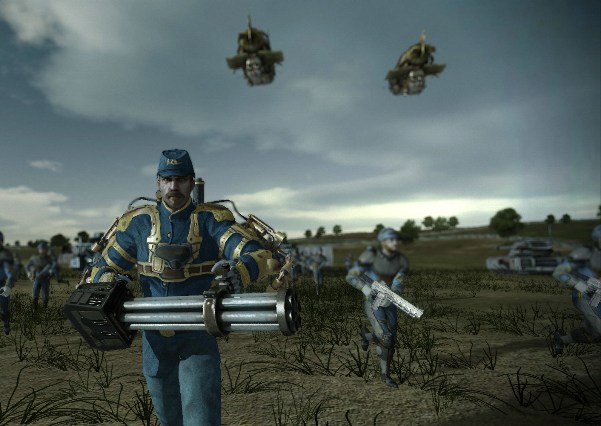 Assume direct control of troops, or else

Units sometimes refuse to attack and simply move to the opponent’s troops, which means instant death when infantry and cavalry is pit against mechanical units. Eventually, players will learn how to control their troops and avoid an untimely demise, feeding on beginners who won’t even have the time to act. Although you may think that you are winning, after exterminating dozens of units and getting a step closer to the objective, in fact you’re fighting a losing battle against your spare time.

The absurd mix of troops artificially integrated in a story that leaves a lot of loose ends and goes absolutely nowhere, is almost bearable if it wasn’t for the terrible game mechanics that cripple the entire gaming experience. Gettysburg: Armored Warfare could have been much more than what the final product stands for, but I truly doubt that it could get much worse than it is, with flaws and shortcomings in virtually every aspect.

If this wasn’t an indy game with a small budget, I wouldn’t hesitate to call it a failure of epic proportions, with movement and logistic issues, weaponry and aiming problems that erase any trace of satisfaction. In this case though, I can only hope that the developers will address the plethora of issues that are currently plaguing their title. While I wish them good luck, I can’t spare more than one star right now. Furthermore, if you want to see how this awkward mix of troops looks like, save yourselves the time and watch the trailer instead of playing.