From the moment I saw the trail for The Secret World I knew this was one MMO game that would be very different than the fantasy or sci-fi based MMO’s dominating the playing field.  There are no levels, classes, and you can customize and change up your character skill set as often as you like, adjusting to become the perfect fit for any part excursion.

All you have to do is watch this video to know what you will be in for:

This MMO definitely ain’t for the kiddies!

The Secret World has been in the making for several years and will be released in June 2012, I have been unable to get beta access so far but am dying to make this my new obsession.  This game combines Horror, Conspiracy Theories, Role Playing Elements in a unique MMO set in modern times. 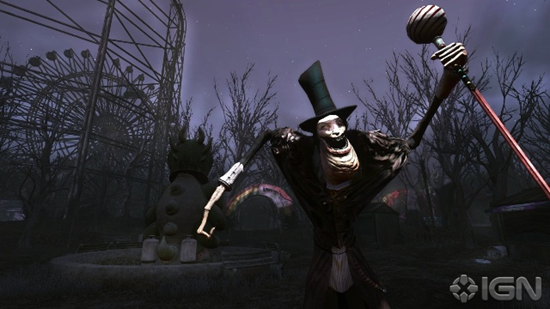 In The Secret World there is no dying for your characters, when your hit points fall to 0 your character falls unconscious instead to help preserve some sense of realism.  In addition there are some really ingenious quests and solutions which almost require you to go unconscious to advance the story in some rare cases.

It is a game that gives action fans action, whether it is fighting undead or demons while still giving explorers the ability to research and find secrets hidden in various locations, libraries and look for clues.

The Secret World is possibly one of the most ambitious MMO’s coming online that hopes to stand out from all the fantasy sword and sorcery MMO’s or Star Wars: The Old Republic by focusing on modern times.

This was the latest preview video about Blue Mountain which is a location in the game world:

I have joined up with the Dragon faction, you can also pick either the Illuminati or the Templars and align with others online.  You can bet I will be sinking hours into this game when it releases in a few months.

Note, if you pre-order the The Secret World game you get a bonus hound, in game T-shirt and early access to Beta!