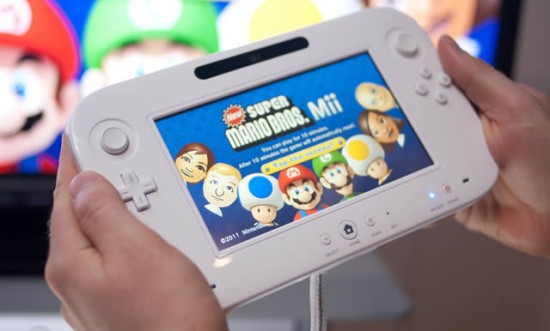 Hey there.  We have been fortunate to live glorious age of video gaming.  The three biggest consoles (Xbox 360, PS3, and Wii) are entering their twilight stages of their run which means that we can expect the big 3 to push the envelope and wow us with their next generation gaming consoles.  Rumors are running high from all three camps but only Nintendo is ready to provide us with their next gen console.  The Wii-U is set to take over for it’s predecessor, Wii, and take the first of many steps towards evolving video gaming.  With a 2012 Q4 holiday release date, that moment is a lot closer than we think.

According to a source for Forget the Box, the manufacturing cost of the Wii-U is no more than $180.  In other words, if Nintendo is manufacturing the Wii-U at $180, we can be assured that we will be paying more for Nintendo to turn a profit.  After all is said and done, we can expect a retail price of at least $300 when the Wii-U is set to be released to the masses.  That is almost twice the production cost.  And that $180 manufacturing cost includes the tablet controller that has garnered much attention.  According to the  source:

“Cutting production costs to maximize profits is Nintendo’s main concern with the Wii U. They are cutting costs in the Wii U’s hardware to build back confidence in investors. Nintendo wants investors to view Wii U as a less risky proposition. ”

This means a more economical CPU and GPU as opposed to more powerful.  It is also mentioned that the camera on the tablet controller is only slightly better than the one found on the Nintendo 3DS and the total manufacturing cost of the tablet controller is slightly under that of Microsoft’s Kinect peripheral.  Now this is the kicker… The Kinect was tagged at a manufacturing cost of $56 and was sold at approx. $15o in retail stores pretty much everywhere.  Can we expect the Wii-U tablet controller to be sold at a similar price as that of the Kinect? 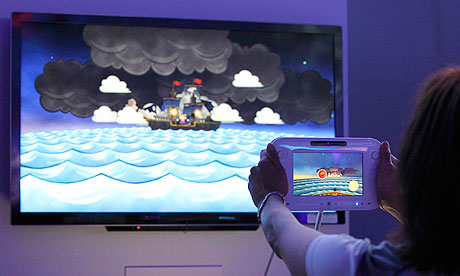 Nintendo is already confirmed to say that will focus their efforts into pushing downloadable content.  By cutting costs, they believe that the a strong revenue stream could be made from downloadable games, applications, video streams, etc., etc. Despite the fact that a holiday release date is usually gold for video game companies, Nintendo may face stiff competition from Microsoft and Sony.  With rumors of next gen consoles in the works, Sony and Microsoft are expected to have price drops for their current consoles to deter consumers from putting their cash into a Wii-U system.  If the Xbox 360 or the PS3 goes for $150 during the Xmas season and the Wii-U is released for $300, the consumer may decided to go with the console that already has a strong gaming library as opposed to the new console.  Especially in the US where we are still suffering from an economical recession.

It will be a tough hill for Nintendo to climb but they are definitely the king of innovation.  I’ve had my reservations about the Wii-U in the past.  If Nintendo decides to go with that $300 price, it definitely will be interesting to see how well it will sell.  The 3DS didn’t sell well at launch but once that price drop kicked in, sales drastically improved and Nintendo strengthened it’s grasp in the handheld market.  Will the Wii-U follow suit with lackluster sales until a price drop kicks in?  I guess we’ll find out more once it hits store shelves during the 2012 holiday season.