The action in Ghost Recon: Future Soldier unfolds in the near future, even though the skeptics feared that due to several delays, it would take place in a not so distant past. This game spent a lot of time in the making and it almost looked like the release date will be pushed so far that the enthusiasm will die out, but fortunately it was not the case. What we are presented with is a state-of-the-art shooter that represents a worthy diversion from the bulk of thoughtless games that empower you to storm in and blast your foe.

Fighting fair is not an option

In order to succeed in Ghost Recon: Future Soldier you need to outsmart your opponents because outgunning or outnumbering them is not an option. You can’t fight fair or play Rambo, because this game is so unforgiving that you will be put in your place time after time, no matter how accurate your shooting is. A ghost needs to stay stealthy and creep in on its opponent, so it comes as no surprise that the best and only way to finish some missions is by firing no shot.

An armchair strategist has a better chance of triumphing than a seasoned shooters’ player who expects to kill all his enemies by unleashing a blazing inferno. What Ghost Recon: Future Soldier brilliantly succeeds is to immerse players into the action despite the fact that shooting comes second. The reason you won’t feel underpowered despite the seemingly overwhelming odds, is that you have the upper hand in terms of technology. 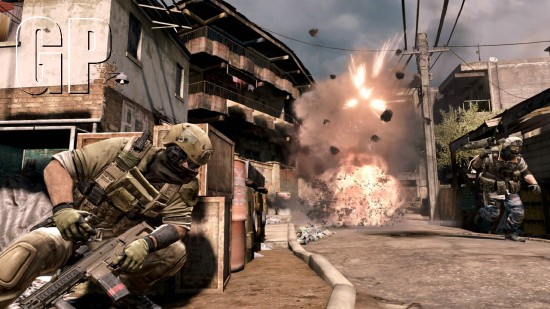 Players can count on a small but highly trained team that will execute the leader’s orders to the letter, and an impressive arsenal. The AI is great and for the first time you will feel like your teammates are truly reliable, so when you issue an order you can rest assured that it will be carried out. In the meantime, you have to take advantage of the terrain and the intel collected by either squad members or advanced drones.

A seamless combination between onsite information and data fed to you by UAV drones will keep you alive, but good reflexes are also required. Visuals and sound effects are good enough for today’s standards, although a little more polished graphics and inspired dialogues would have helped. It was worth waiting for Ghost Recon: Future Soldier and now that it is here it would be a shame not to give it a try. I leave you with the launch trailer and a 4/5 stars rating as an incentive to join the fight.