2018 was one successful year for Sony, and hightailing it at the center of this great success was God of War, the game that recently became a year old. 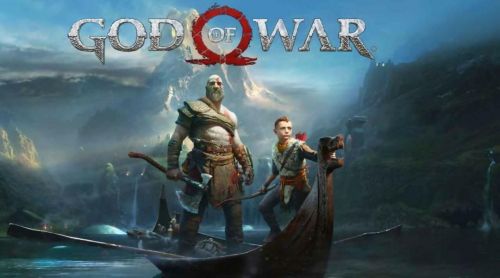 When Santa Monica Studios announced that they were releasing a new God of War game over a year back (time flies doesn’t it?), we were all thrilled since we saw that the whole concept of the game was to be changed. We would no longer have to dive down into the heat of the battle as we ran around playing a very unlikeable character who had nothing better to do than kill everyone and everything with no particular intent or purpose. 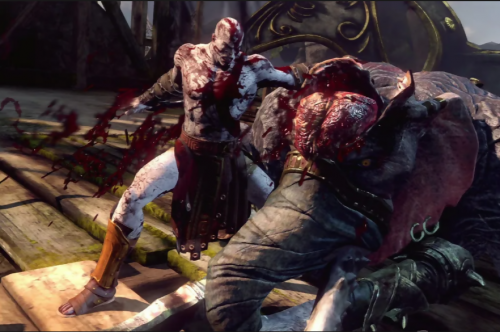 Well, the excitement was well placed, wasn’t it? After a full year of winning multiple awards, including the ‘Best Game’ award, and after seeing game popularity that doesn’t seem to decline, God of War is now having a week-long celebration for their one-year anniversary. Best part? They’re celebrating it by releasing a free avatar set and PS4 theme that should be available by now. That’s not all, they also hinted at something else coming out of the studio very soon. Exciting, isn’t it? 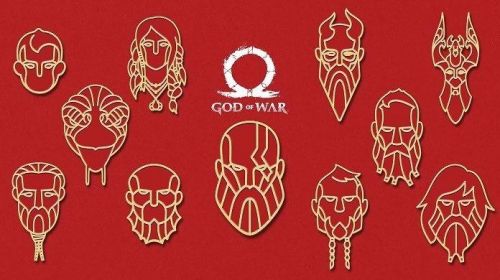 The Rise and Fall of the God of War

The first God of War game really took off, thanks to its imaginative storytelling and excellent combat mechanics. Even the graphics were pretty good considering other games released back in the day. The concept of the game was new and everything was pretty fun. The problems started popping up when the sequels started popping up. While the hack and slash nature of the game made it fun to play, it quickly deteriorated after some time. The story was bogged down and overcomplicated with no character growth and a repetitive sequence of slaughtering minions, slaughtering bosses, and eventually slaughtering a god or two. Not only did Kratos grow less and less likable, but players actually started hating him as the games progressed and Kratos lost his human touch.

And it Kept Going On… 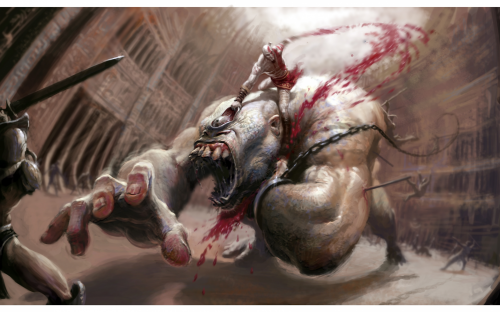 Even if your main character wasn’t the best protagonist in the world, the game could have still been pretty good… if the scriptwriters hadn’t decided that Ctrl + C, Ctrl + V was the best tool for writing. The story wasn’t that bad if it was only for one game, but when you start using the same story and expect your players to achieve the same objectives over and over again through the entire franchise, it gets stale pretty fast. I mean, which game franchise features a protagonist who gets killed in every single game? Point is, we were up to our necks in Greek mythology, the story was obfuscated and no longer enjoyable, and if you’d asked anyone, they’d tell you that the franchise had reached its death. 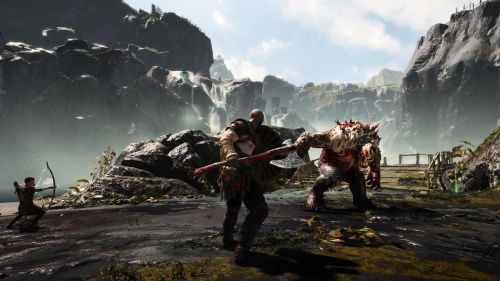 Born-Again… for the Fourth Time!

Before the concept of the game was released, if you were to ask a fan of the franchise what the next game would hypothetically be like, they’d tell you that it would feature a lot of violence that inevitably ends with a dead god. This does seem like the logical direction for this series, but if the new God of War had featured another uncaring and hellbent Kratos, it would have undergone the same fate the previous games went through. 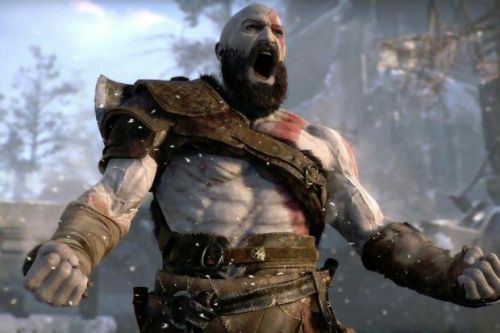 Instead, Kratos, our primary slaughtering machine who used to be a mindless killer turned out to be a guy who was trying to win the World’s #1 Dad award. In fact, when the studio announced that the game would have you lugging around a son, fans were furious. I mean, how do you go from being the guy that killed off the entire Greek pantheon of gods to raising and teaching a young boy how to get through life? It may feel impossible, but you already know that the writers really made it look seamless. 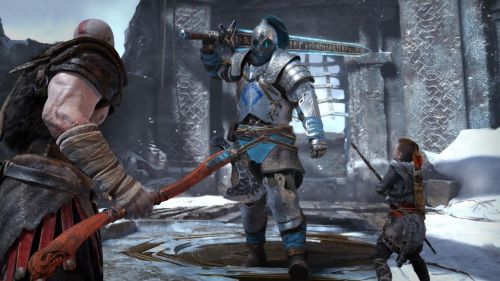 So, the saying is true, children do change your life. It certainly changed the life of Kratos, who considerably mellowed out while managing to stay kick-ass. Here was a guy who wasn’t out for revenge, whose ultimate goal wasn’t to do mass murders and shove a sword up Zeus’s backside. Here was a guy having an okayish father-son relationship while chilling out and killing some monsters. By the way, the Greek mythology that was bogging down the storyline is now gone, replaced with Norse mythology, which subsequently meant a huge variation in characters compared to the games of the previous franchise. 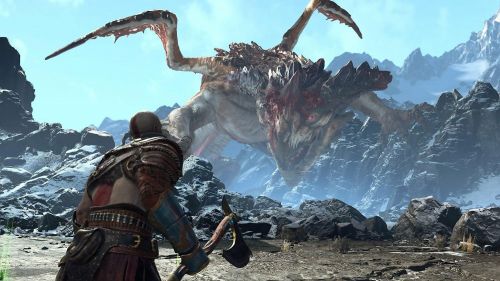 This “new beginning” feeling allowed the scriptwriters to leave the past behind and send the gameplay rattling off in a completely new direction. Gone are the Blades of Chaos, replaced by a magical ax, which allows a diverse range of combat techniques. Of course, as is expected with graphics of the current day and age, God of War has a complete graphics overhaul compared to the previous games of the franchise. While the camera has been moved to an over the shoulder angle, the view is left seamless and natural. All the monsters are brand-new, and the gameplay is next level. In short, Santa Monica Studios successfully took a franchise that had nothing left to offer, then deep fried it in olive oil and served it on a platter. 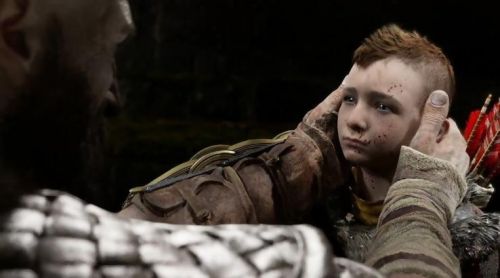 Perhaps it is important to touch up on the main difference in the new God of War: having a son. Don’t get the concept wrong, Kratos did not go all mushy and turn into Santa Claus overnight. Throughout the game, many years after the dude finished up killing all the Greek gods and decided to slow his life down, you can still see the rush of anger in his eyes and his stone cold, steely gaze. He hasn’t become a saint, he’s just learned to control himself, and it’s all because he’s a father. Along with many other things done right in this game, the integration of “the boy” was done excellently. While fans criticized the idea of having to drag a son who would only get in the way, a few minutes into the game they soon realized what a fundamental part of the game the child was. In many ways, Atreus reminds me of Elizabeth from Bioshock. He is always hanging around, helping out, but never in the way. He takes care of himself, you don’t have to notice him until you want to, and you never have to wait for him. Don’t be fooled, real kids need a lot more attention than that. Just sayin’. 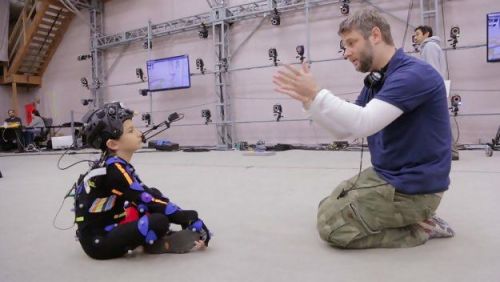 If you think Santa Monica Studios doesn’t know about raising a child, then you absolutely have to watch their God of War documentary: raising Kratos. Just 10 minutes into the video will show you how much dedication and hope everyone from the director to the designers to the developers to the voice actors put into this game. These guys had a lot of pressure on them, with their previous games going stale and their top-level Sony executives calling the demo of the game “horrifying”. But they didn’t back down, they put their hearts and souls into this, and they breathed new life into the franchise. Basically speaking, they raised the game like it was their child. This is what differentiates a good game from a bad one. Take the triple-A titles that crashed into the ground throughout the last year, like Fallout 76. It’s clear that the people who made the game didn’t love the game. They only wanted to maximize their profits and they didn’t care about anything else. If you watch the documentary, you’d notice the director, Cory Barlog, being nervous right through the five years of the games’ development, on whether it would fail. But really, he shouldn’t have been worried in the first place. When you have an entire studio full of people pouring their heart out into a product, there’s no way it can fail.

Wrapping it all Up…

All in all, it’s pretty magical what Santa Monica Studios managed to pull. With an excellent change in the story’s direction that would have sounded like an April fool’s joke ten years ago, and five years of hard work put into making a solid game, they deserve all the record-breaking sales they’ve been getting, and if there is a new God of War coming up on the horizon, count me in their preorder list! 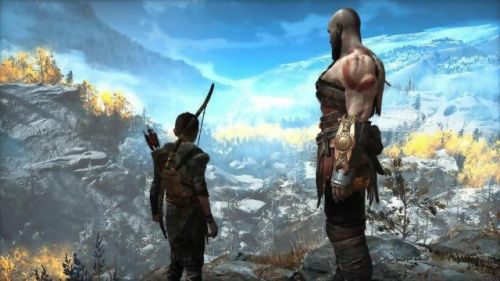