In an article about the Google Operating System over on FoxNews it discusses the end of traditional hard disks as the Laptops with Google Chrome OS do not require or come with a traditional hard drive at all.  We are talking about an entire Operating System that records and stalls all data on cloud servers other than having locally stored information on SD or solid ram soldered into the laptop itself.  An entire operating system where most of it came from the cloud, the Google Chrome OS can go from powered off to sign in screen in 7 seconds. 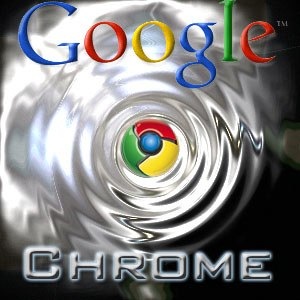 Cloud Operating Systems are virtually piracy proof as they will have to connect with network servers to validate routinely, but I am concerned with security of having so much data stored in a cloud environment honestly.  We are talking about devices that basically cannot function completely without having broadband access to the Internet and data breaches can compromise more data in a cloud environment than they ever could on a single users computer (though arguable a cloud environment should be more secure it is also a much more likely target).

Still, laptops and notebooks will follow in the way of iPad, Galaxy Tablet and other devices which don’t use hard disks and store most of the data in solid RAM.  SSD drives though not using a platter are technically drives and will likely be the normal until their capacity can rival platters which will continue to be used for external storage or running software that requires massive amounts of space or information.  Some PC games take 7GB installation now and imagine when PC games start arriving on Blu Ray and require 20-40GB of installation just to play the game, this would seem to be contrary to the idea of doing away with hard drives entirely unless the media were fast enough to load and run seamlessly from the removable media and able to write nothing but a configuration file tailored to the environment locally or on the cloud storage space.

Still, I wouldn’t mind if all my photo’s and music were stored on a cloud environment where I know I can access them from any computer in the house and not worry about losing the data if one computer should fail.

What are your thoughts on a cloud operating system and the death of the hard disk?