How many times have you played video games and you started dreaming about your own video game, and how it would be? Nowadays, when we look at games like Call of Duty and Counter Strike we get hit by how hard it is to develop a game. On the other hand, if you’re playing Pac-Man or Super Mario Bros, you will immediately feel a glimpse of hope.

If you want to start developing your first game, it’s better to start with 2D games. 2D games are easier to make, especially if you have no previous experience in developing games. A lot of the people who decided to create their own game, usually quit in the middle of the process. Either because they get frustrated of the process itself, decided to go with 3D games on the first trial, or many bugs occurred along the way. To develop a game, you first need to know the process and all the possibilities of failures in order to reduce the risk of failures and bugs. 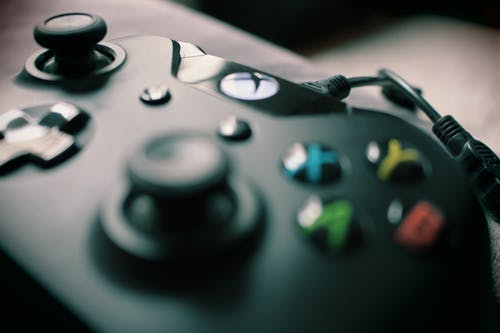 Things you need to know before developing a game:

Before doing anything, you need to ask yourself one question; what would be the theme or the idea of your game? There are a million genres that you can choose from; some people choose to make an action or adventure games, others like basic shoot’em up games, and then there are those who prefer puzzle games. Try to stick to simple puzzles or pong games on your first attempt.

First, you should pick a genre and start working on minor details and know more about the process. After you do that, you will have a better and clear idea of the skills, knowledge, and tools needed to develop the game.

Many people want to develop games like the ones they play, like Call of Duty, League of Legends, and many similar games. What you need to know is that these types of games are made by teams of at least 40 professional developers. If you’re developing your first game from scratch and you want it to be successful, then it’s preferable to be a simple 2D game. A game like Undertale or Spelunky. If you choose a big project, you will get lost in the process and may leave it before you finish. It’s important to choose a small game idea, so you’d be aware of the process, and you won’t get lost in the way.  Another example, just take a look at the amazing things that Trese Brothers does with indie games like Star Traders: Frontiers with just a few people developing quality 2D games that create a loyal fanbase.

Once you chose a design and know the game process, it’s time to select the tools you’ll be working with. Selecting the tools is not hard but a little confusing. Many people will go with the most popular or the best tools for developing a game. However, as you’re making a simple 2D game, you should choose the tools that would be helpful and easy to use. Tools that support high-quality graphics and sound effects will not be beneficial to your 2D game. However, once you pick your software, you can start developing your game. You should also look into finding a good web hosting company to help in developing your game with quality. Servermania will be the perfect fit for you if you’re developing your first game from scratch.

Creating a Game from Scratch

Developing your own game from scratch might sound like an impossible thing. However, even if you have no experience you can still create your own game. With simple tutorials and learning computer languages, you can start developing a 2D game from scratch. Knowing the process and the scope of your project will reduce the possibility of finding bugs. Don’t compare your game to others. Some games take years to be developed, while you developed your game in three weeks. If your game is working with no failures, then you should be proud even if it doesn’t have the perfect graphics or the gameplay is not as entertaining as the games you play. Your first game should be playable, and that’s what matters the most.