You hear over and over how you should be backing up your data, but manually just copying your files over to a USB flash drive or cloud backup service when you remember is not an effective way to keep your files backed up and in sync regularly.  This is where a program like Handy Backup comes in. 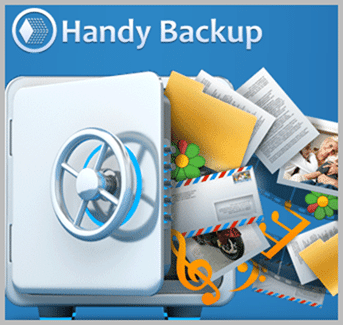 I found that Handy Backup worked well and provided plenty of choices for creating flexible backups or syncs that ran on whatever schedule you needed.  The first thing you want to do is download Handy Backup and install it.

After you install Handy Backup it will guide you through setting up your first backup or sync.  Or you can skip out and just create your backups manually.

As with many backup software programs the standard process of (select source, destination, extra params) type of decisions get made in the typical order.

In Handy Backup case, the Backup Set is the source and you choose what type of source  you want to back up (it isn’t just files), you can backup databases, the Windows Registry or just your Windows libraries (which can include My Documents, My Videos, My Music and more). 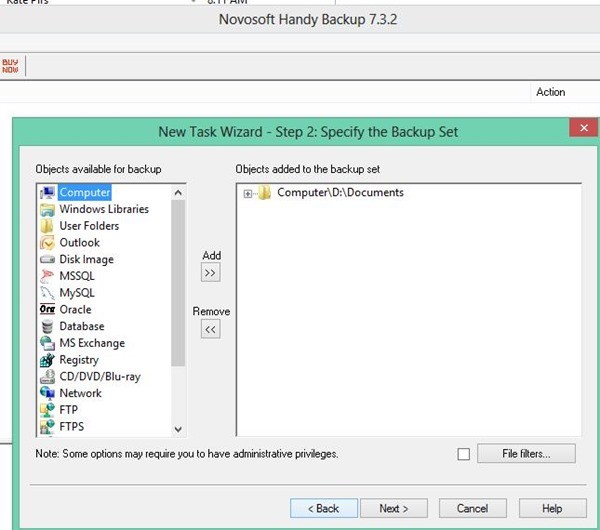 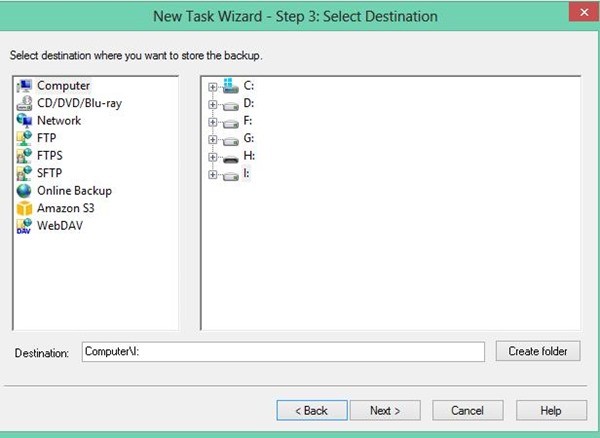 Destination works the same way, you drill down on the right after selecting the source type on the left.  You can backup via FTP, FTPS, Amazon S3, WebDAV, DVD/Blu-Ray or simply another Drive.  Now, if you want to backup to Dropbox or another Cloud Provider, as long as it is listed as a folder or drive you can select, you can backup to it and select it as a destination without issue. 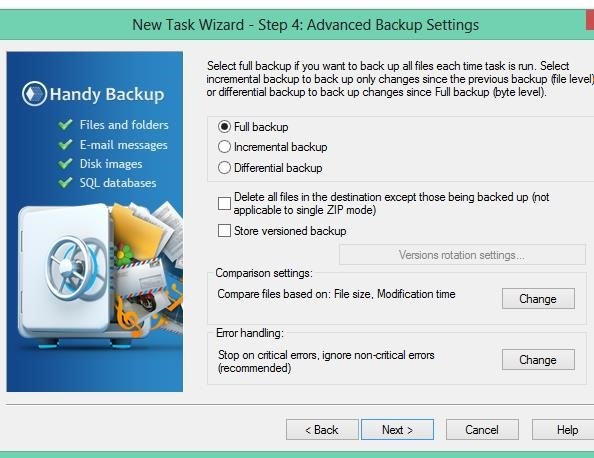 For the next step you choose whether you want full backup,  incremental or differential.  Differential is like incremental except each backup is kept separate and you can keep multiple backup versions of incremental instead of just 1 set of incremental, this is used if you may need to roll back to previous versions of files that are backed up. 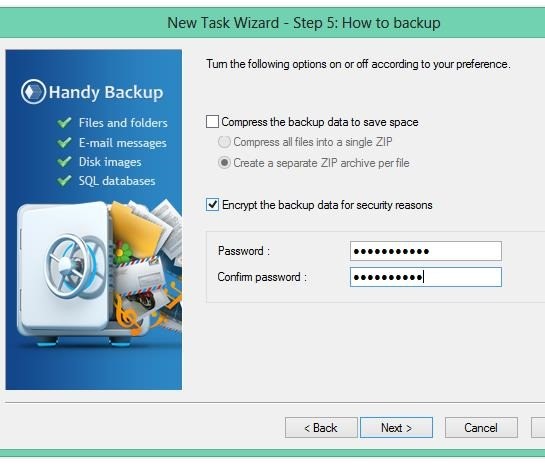 Next, you can choose to have your backups compressed and encrypted so that they can either reduce file space and/or are secured so the only person who can recover them are those who know the password. 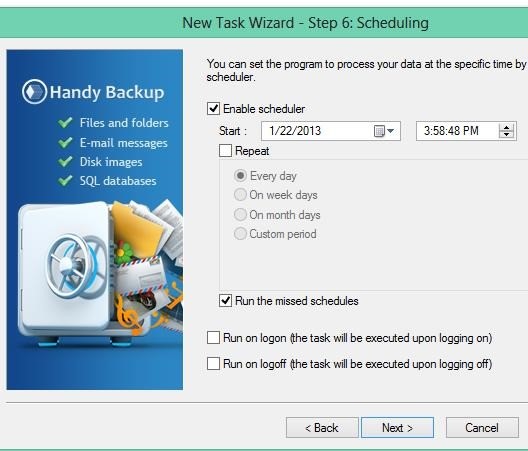 Finally you choose the scheduling for your backup, this can be set to run on whatever schedule you want (daily, weekly, monthly and do catch ups).  You can also run logon or logoff so that it executes when you sign on or out of Windows.  After this you have the ability to execute custom commands to run before or after the backup performs if you have anything you need to do first or after.

My backup was to move many of my core important files between 1 HD to another HD at first.  I was able to backup 24,375 files and over 30GB of data in about 11 minutes.

I then did a scheduled incremental backup of all my blog related files to my Dropbox folder so if I ever lost my drive or info, all my blog theme, image, customization files would be backed up in my cloud.  This was done just by selecting the Dropbox folder drive and I backed up nearly 1GB of files in only a few minutes. 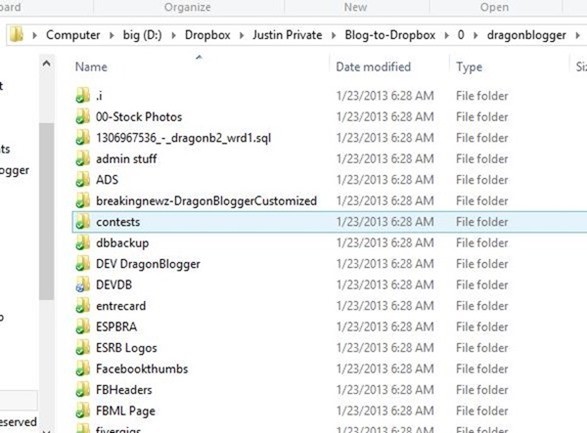 Handy Backup works and works well, I had no trouble with the software and leveraged it to run several jobs.  I would recommend it for those needing a complete backup solution that can do more than just files, or those who also need differential backups and encrypted backups.

Do you prefer backing up to a cloud service provider, USB Drives, DVD’s or Blu-Ray and which cloud provider do you like best if you use one?