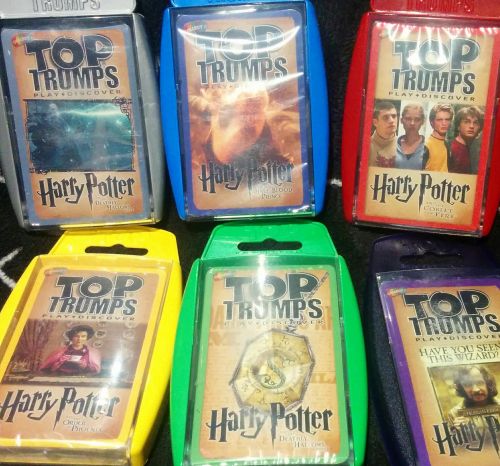 I like to enter contests. I haven’t won for a while but last month I finally won. I was lucky enough to win the Harry Potter card game so I thought I would share my thoughts. I won 6 different decks.  The games average about 15 mins, but I have had some run a bit longer. It just depends on the cards you get. The package says ages 6+ but as long as a child can read, I think they would be fine to play. But don’t let the age scare you, it was still fun for me to play. I even got my parents playing. You can play with 2-6 people. The more people who are playing the faster the rounds will go. I find 2-4 people are best. 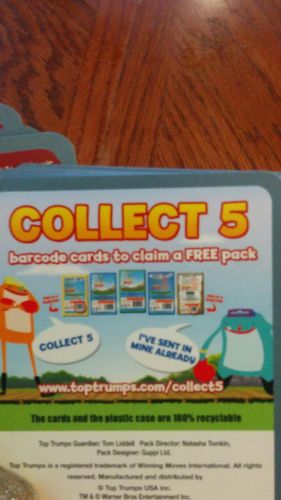 A bonus is once you buy 5 packs you can submit your 5 barcodes and get a free pack.  I have to do this today after I finish writing this. 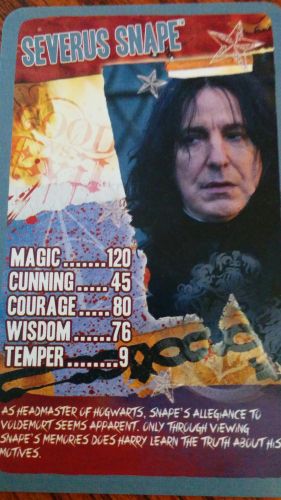 The game itself is simple. You can see on the card there are 5 categories. Each player looks at their top card. Whoever is going first gets to pick the category and says their number (eg. Magic 120). the other player(s) all reveal their Magic score and the person with the highest wins that round and collects the cards. The objective is to collect all the cards to win. 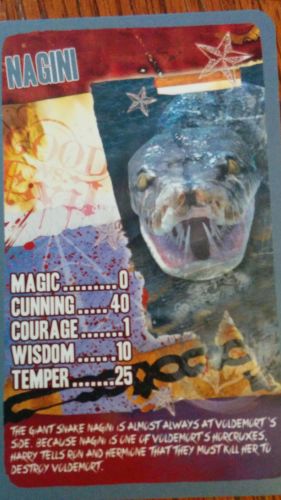 The cards are varied in their points. Evil has low courage but high temper. One of the packs actually has a person with all zeros. That is the only card I have seen that has no way to win. 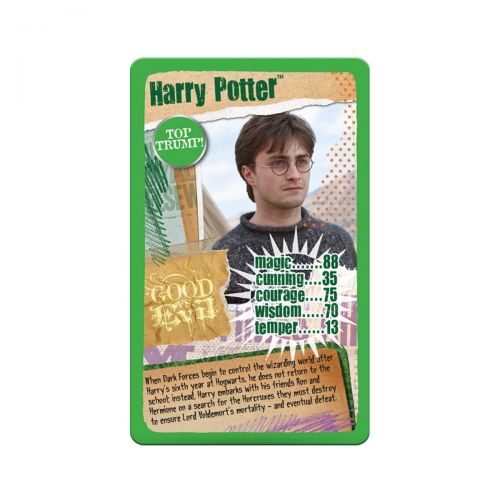 The one thing I really like about the cards is that as you work your way through the different packs, you can see how they all change. Harry Potter for example, the older he gets the better he gets.  Each card also has little facts about the character on the card. 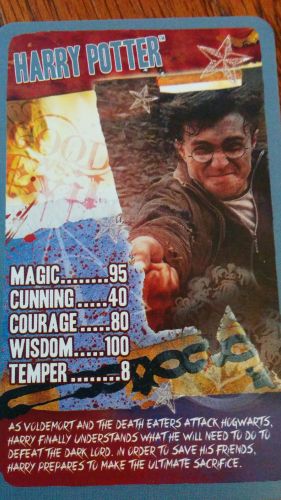 The game has muggles and magic folk.  There are no rules in the box of what to do when you tie, which happens often. So we decided to leave those cards on the table and play the next card. The person who called first will call first again. Winner gets all the cards on the table. 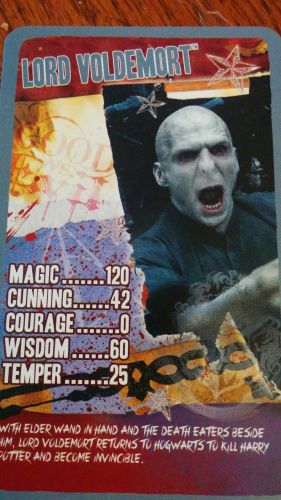 Because it is just a card game, this makes it great for traveling. It is a fast game for when you don’t have a lot of time to play. You can play with friends or have a family night and go through all the packs. Would make a great gift as well since Christmas is just around the corner.