PORTLAND, Ore., April 14, 2014 /PRNewswire/ — After their historic first battle the couple has been ever more stunned as they continue now to play SphereChess – instead of square board chess. 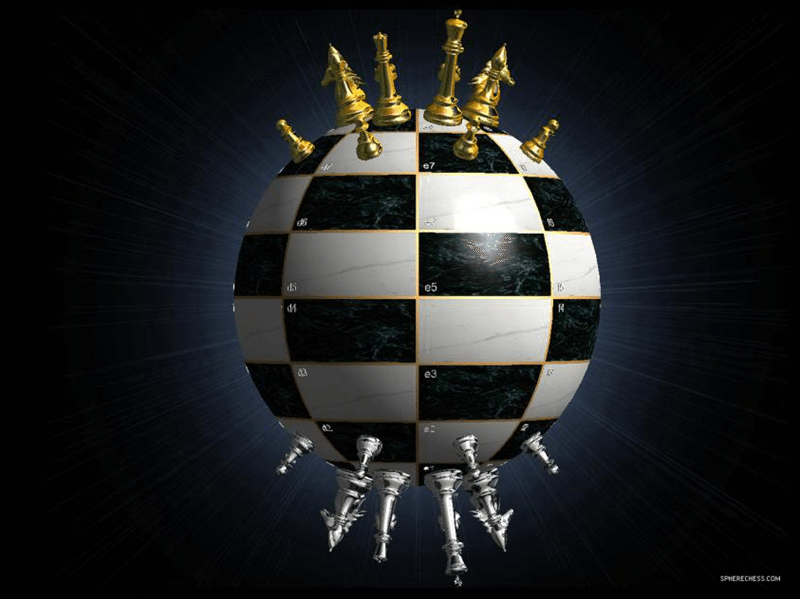 “This game takes classic square board chess into a whole new world without borders…into the new age of chess. The power and the possibilities are much higher and the playing styles and winning gambits and amazing strategies have yet to be written. We’re excited to see how this game evolves and how it grows and expands.” – Max Tite www.spherechess.com

SphereChess is pure 64-square chess around a sphere. Because there are no edges on a sphere to restrict the movement of the pieces in any direction, SphereChess players suddenly have insane firepower compared to their square board brethren. http://sphere-hess.freeforums.net/thread/1/play-sphere-chess 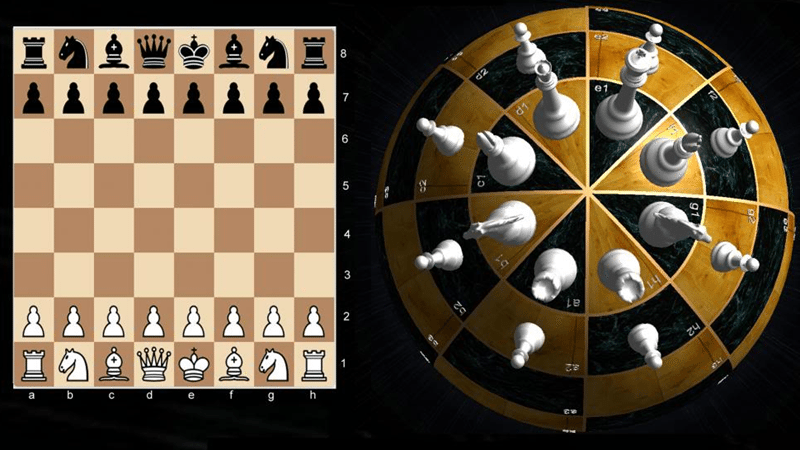 There is no software that can challenge let alone beat a human at SphereChess, yet. The challenge in building true SphereChess AI is staggering, particularly as there simply is no established Opening Book for SphereChess. Yet. http://en.wikipedia.org/wiki/Chess_opening_book

In an excerpt from a SphereChess Federation memo to Feng-hsiung Hsu (chief architect of the AI for IBM’s DEEP BLUE supercomputer that trounced Grandmaster Gary Kasparov in the 1980’s – Feng is currently the manager of devices and platforms at Microsoft’s Research and Development headquarter in Beijing):http://en.wikipedia.org/wiki/Feng-hsiung_Hsu

“A brand new 64-square monster is about to be released to the world, and it is immediately going to stand alongside, and cast a shadow over the square board, as a shatteringly more powerful, infinitely deeper, completely un-explored alternative….perhaps very quickly eclipsing the square board, as the next and all future generations of mankind embrace it. Human imagination and ingenuity still has an edge over brute computing power. We should talk, sir.”

If our kids’ kids will be playing SphereChess, will they still be playing square board chess, as well? With an estimated 200 to 500 million people that play online chess over the Internet right now, and with limitless generations to follow over the next hundreds and thousands of years, how valuable is SphereChess as a copyrighted franchise?

With the advent of global social media such as Facebook constantly seeking new content, SphereChess has a very bright future indeed.