The New York Times newspaper has always been known for its challenging Crossword, but have you heard of a game called Wordle? Many people struggle with it as well – and for good reason. The New York Times has online forms of their games on their website for everyone to try out, and today we’re going to take a look at Wordle.

Wordle is essentially a type of game where you guess a word. Really, it’s that simple. Have you ever heard of Hangman, where you guess the word using singular letters? Take Wheel of Fortune and make it both a little easier and a little harder. Allow me to demonstrate: 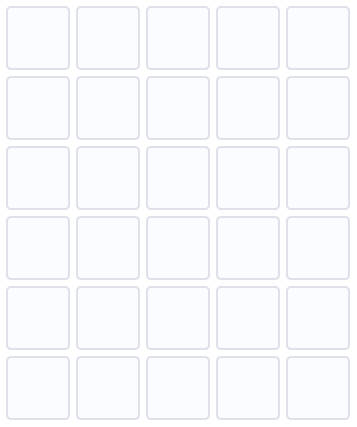 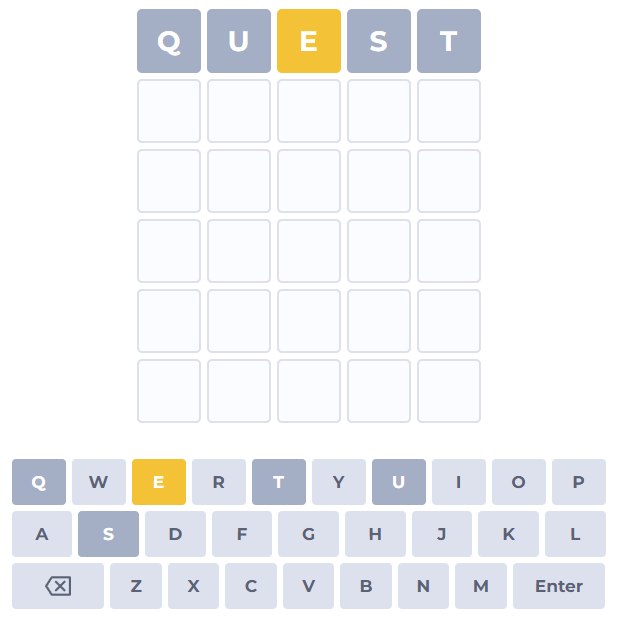 I just hit Enter and it looks like I have the letter E in the word, but it isn’t in that specific spot (since it is yellow). The greyed-out letters are not in the word. I’m going to try the word “WEIRD” now, because we know E is in the word, but we want to use as many other letters as possible as well. 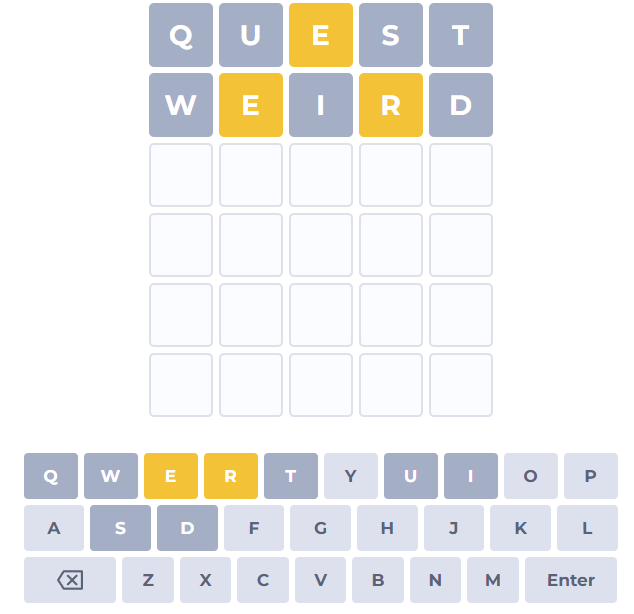 Would you look at that. E and R are in the word, but the other letters I’ve tried aren’t. Let’s go off the board here and try the word “HARPY.” 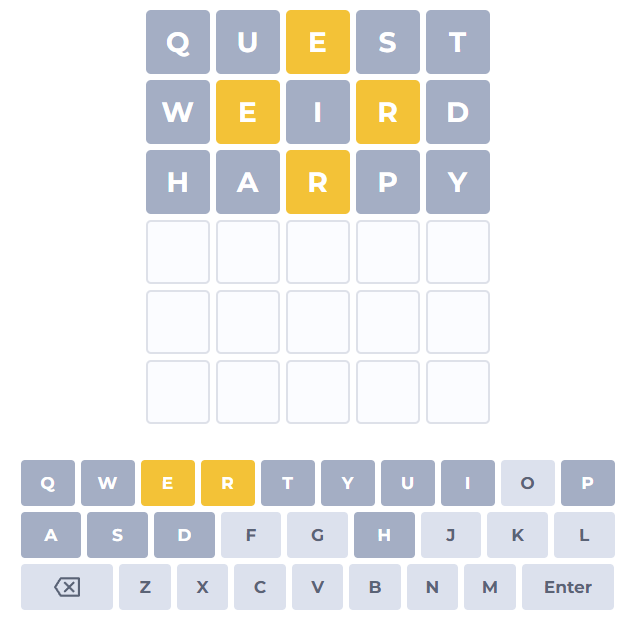 You should now be able to notice that half the keyboard is greyed-out now, give or take. That means that we’re getting closer. You should also be able to notice that E is not in the 2nd or 3rd column, and that R is not in the 3rd or 4th column. Let’s try the word “ROVER,” because that will determine where exactly the R is, along with helping find the E. In addition, it will cover the last vowel – which is O – just in case there’s something else than E in it. 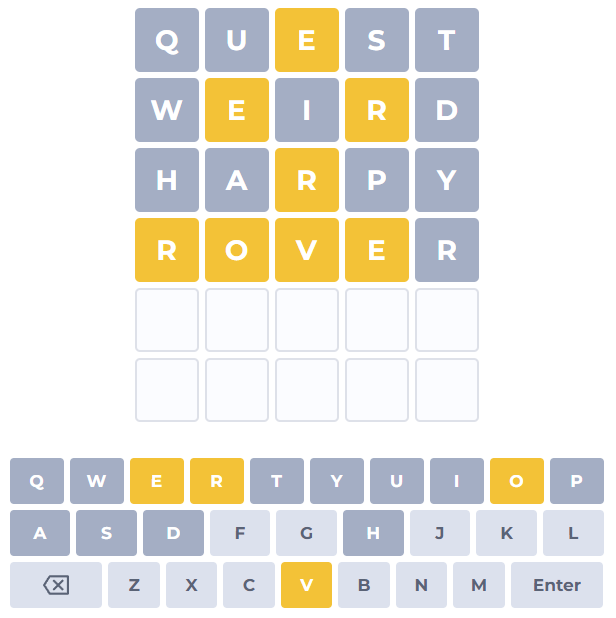 Well dang, that clears some things up. First of all, the R is in the 2nd column, from the process of elimination. O and V are also in the word, but we’re missing one letter. This is where it gets tricky. A hunch tells me it might be “GROVE.” Let’s try it.

There we go. We won. Good job, team. However, I used a much easier puzzle website than the New York Times, called “WordleGame.” It’s a great website to practice your skills for the real deal. They also have numerous different lengths of words and settings if you press the gear icon at the top right:

Once you click on it, here are the settings: 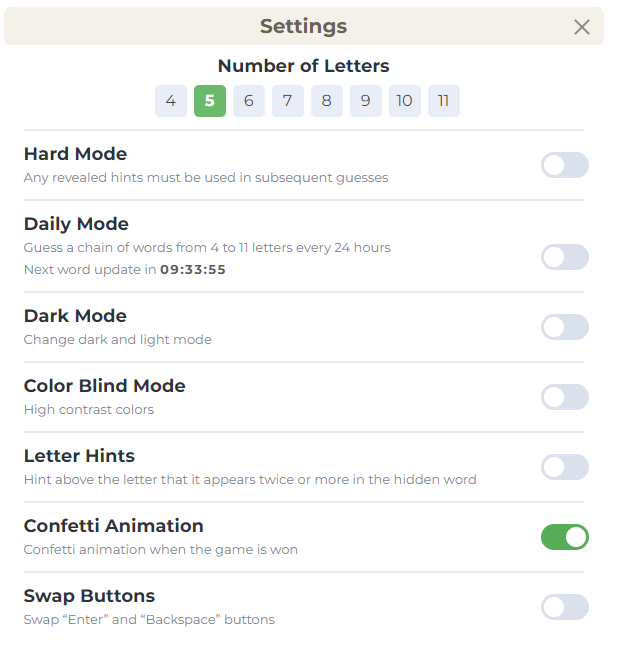 It’s frightening to think that Wordle can go up to 11 words in length, but I’m sure it’s possible. Hopefully this guide will give you that edge you need to take on your next puzzling adventure.