The Steelseries Guild War 2 mousepad was a fav of mine, but the problem was that within 6 months of constantly using it the cloth started separating from the rubber underneath and you can see it wound up being very ugly and just interfering with me using the mousepad over time.  This is why when Havit offered me their Gaming Mousepad to review I was told the special double stitched edges would never have this problem and I wanted to see for myself. 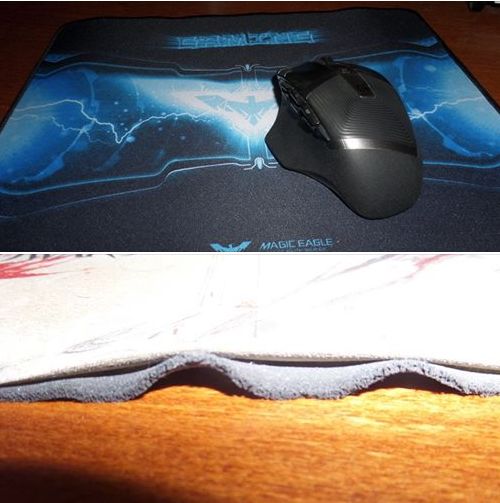 You can see from the above picture on the bottom, that was my SteelSeries QcK Guild Wars 2 Gaming Mousepad and in only about 6 months the cloth started fraying badly as mentioned to where it just annoyed me.  So Havit sent me 2 mousepads to review, both are gaming class mousepads, one is a bit plain and traditional, but the Magic Eagle Mousepad picture above is a cut above the rest.

First of all the Havit HV-MP818 is a large rectangle of a mousepad that has large dimensions of 13.4″ x 11″ which is great if you do a lot of gaming and you need that extra movement space for your mouse.  Where the mousepad really shines however is the double stitching on the edges, it isn’t just laser cut which still leads to fraying over time, the stitching literally makes it virtually impossible to have the edge separate from the rubber pad underneath the textured cloth.  The textured cloth on the mousepad is great and any mouse I roll over it glides and tracks effortlessly, the only thing I wish was better was that the mousepad rubber was thicker and it had better grip and texture on the bottom of the mousepad. 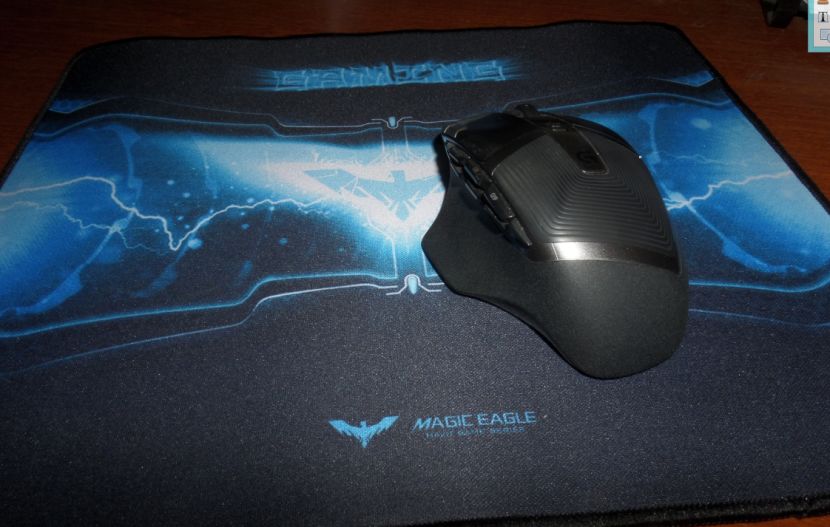 As a result of the mousepad arriving rolled in its packaging and being too thin, it creases and takes a while to flatten out on your desk, on top of that because it is thin and the rubber isn’t highly textured, it is prone to being slid on your desk while you are sliding your mouse.  If you are like me and your arm rests on your mousepad then moving your arm with the mouse will slide around the mousepad with the mouse too.  But for $10.99 for a stitched edge mousepad that is extremely durable and has a fantastic tracking cloth surface these are only minor improvement recommendations in my opinion. 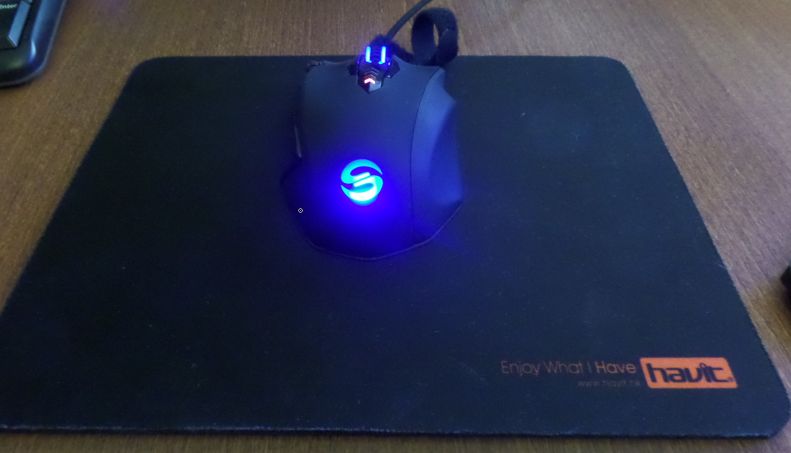 The Havit HV-MP813 is a more traditional mousepad as far as dimensions as it measures 10.2 x 7.9 x 0.12 inches but it does have a nice textured cloth and being solid black all manner of mice track excellent on the surface.  Now this mousepad has laser cut edges and a much thicker rubber that grips the desk and literally is unmovable, it won’t slide once it is set.  The HAVIT® HV-MP813 is only $4.99 on Amazon.com and comes with a full 1 year warranty, so even if it did start separating you would be covered by their warranty which is a really nice touch.  If you need a cheap replacement mousepad, at $4.99 you can’t go wrong with the HAVIT® HV-MP813.