Today on the Dragon Bloggers Twitch channel at 9am Pacific Time / 12pm Eastern Time we will be doing a 3 hour coverage of the Cyberpunk-ish card battler Haxity.  The developers Megapop have a special event going on where the game will be free to try for everyone on Steam and during this event we will be giving away 5 permanent full copies of the game, each copy with a retail value of $12.99.

What is Haxity Card Game? 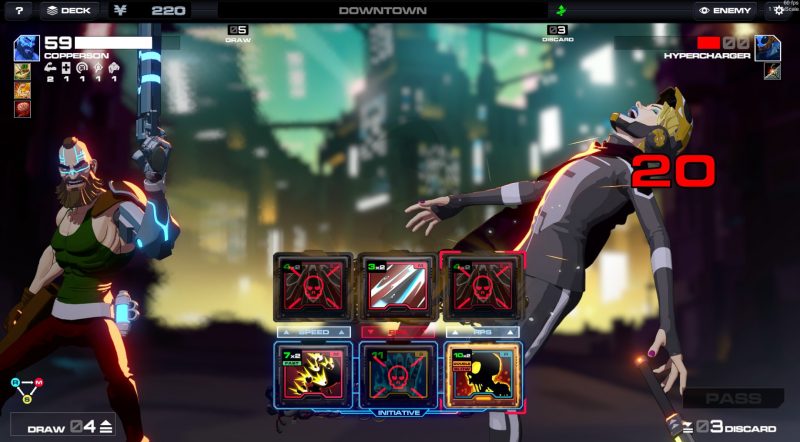 Haxity is a cyberpunk themed, action deck-builder card game with heavy PvP focus.  You draft your deck, configure and modify your fighter and attempt to outsmart and out strategize your opponent in this head to head card battler.  You can learn from the tutorial and play against the AI until you feel ready to Slot, Hack and Excute your friends and other live players online!

In Haxity you deal with 3 types of cards in combat which are Ranged, Meelee and Skill Attacks. Ranged attacks negate Melee, Melee negates Skill attacks and Skill attacks negate Ranged.  It is like Paper, Rock Scissors except you now have hacks that come into play where you can alter your opponents cards and slots as well as your own.  With boosts like Fast and Slow which can force one attack that would tie to beat out the other, and swapping out attacks before the round plays out, you are constantly in a state of trying to outsmart your opponent or just guess what they are trying to play and attempt to beat the strategy you think they are playing. 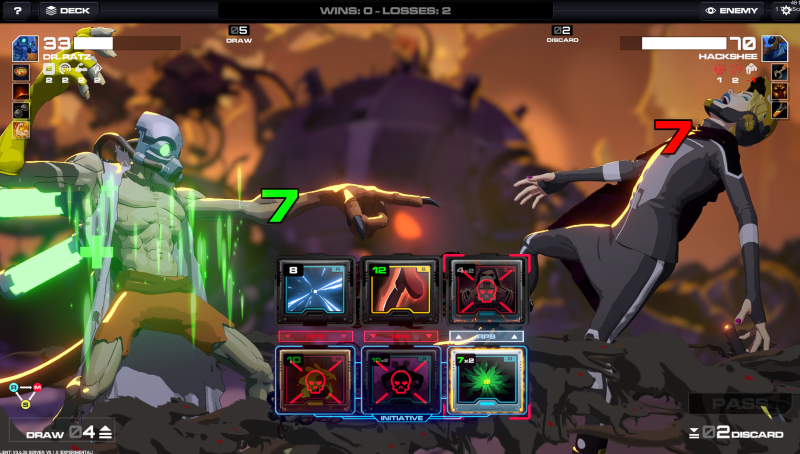 You also can leverage upgrades and combo’s to maximize your damage potential, while having heal cards and armor cards to absorb and reduce damage taken. 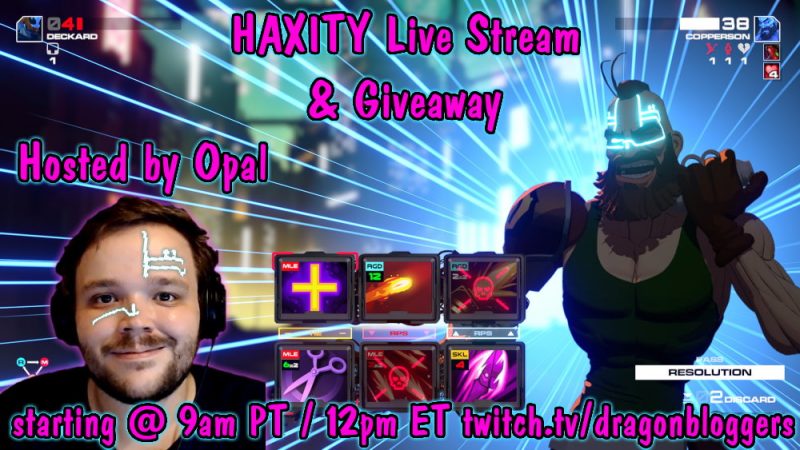 So check out our Stream and see if you like the game, download Haxity on Steam and challenge us on stream, just ask in chat if you want to challenge us to PVP.  We will also be giving away 5 copies of Haxity during the 3 hour stream window and all you need to do is be active in chat, random winners will be chosen from the people who engage and participate in the chat during the stream.