In a world long forgotten by humanity, a lone worker robot is setting about its mission to rediscover the world and find out whether any life still exists in this robot utopia. Coming to PC and consoles next year, Retro Machina is a retro-futuristic action-puzzle game from publisher Super.com and developer Orbit Studio. 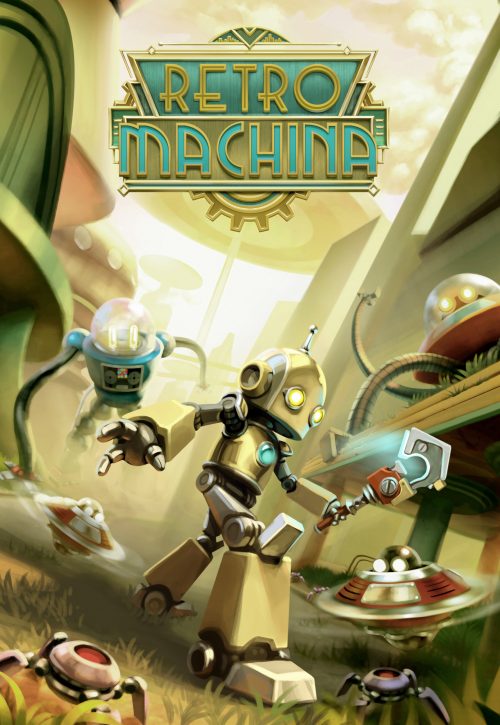 Featuring a gorgeous handpainted art style, Retro Machina gives players a world inspired by the works of sci-fi literary masters Isaac Asimov and Arthur C. Clarke. Players will be able to explore five unique biomes, each with their own aesthetic.

Watch the Trailer for Retro Machina

Protected and isolated from the outside by a glass dome, Endeavor City is the only known city that remains intact. It is inhabited only by robots that fulfill the function of keeping it perfect, and imperfections are not tolerated.

Hiding inside the forest is the old Nucleonics Labs factory. Even though it has been deactivated for a long time, it still contains several machines that were built but never used.

Atomic City was once one of the greatest cities in the world. Now it is only a shadow of its former self. The ruins hide several dangers, but also treasures and mysteries to be revealed. Some of the buildings remain intact, such as the Venus Mall and Drive-in, a reminder of its former inhabitants.

The floating city was designed to be grand and imposing. Among the luxurious buildings, you can find the old casino flooded by water. In the central square lies the ruins of the statue of its founder and his immense tower, a monument to his ego. Today, the fate of Marine Nation is to sink slowly into oblivion.

The great and serene mountain has a huge rocket at its peak, where it has rested for a long time. Even from a distance, it is possible to observe strange constructions and structures on its surface which lead to its interior, but what is hidden there remains a mystery.

Our hero will face different challenges in each of these environments and will have to use every tool at his disposal to discover the mysteries of the world and seek help for his much-loved home. Equipped with the ability to control other robots, he’ll be able to turn enemies into allies in order to overcome the treacherous traps laid for him.

Retro Machina will be available for Windows PC via Steam, PlayStation 4, Xbox One, and Nintendo Switch in Q1 2021.