The bad news is there is no such thing as the ultimate gaming system. Chasing that particular wild snipe is to utterly waste your life, not to mention your money. There are a number of reasons for this. The most basic reason is that there will never be any agreement on what constitutes the ultimate gaming system. Your opinion is exactly as good as another person’s opinion. The other big problem with calling any system ultimate is no sooner than you cobble it together, even more ultimate parts are on the shelf. The most you could ever say is that you had the ultimate system for a particular nanosecond of time. In the gaming world, that is hardly a worthy boast.

So rather than list a bunch of manufacturers and parts that will be out of date by the time you read this, I will talk about the most important elements of a gaming rig that will be right for you. Don’t worry about what someone else might consider to be a great system. They aren’t the one buying, building or bashing the bad guys on it. You are.

So the first step to putting together the ultimate system is to forget about what anyone else thinks about your system. Here are a few more things you will need:

The Best Internet Connection You Can Afford

These days, saying you need a fast connection for gaming is a little like saying you need an ample supply of electricity. It seems like one of those obvious things that should go without saying. But it still needs to be said. It also needs to be acknowledged that we don’t always have a choice of internet providers. So we have to take what we can get.

But if you happen to have an independent provider in your local area, such as Suddenlink, get the best of their offerings if gaming is your intention. Gaming is far more sensitive to connection speed than just about anything else you will do online.

You will not notice the difference between a good connection and a bad one most of the time. But when it comes to gaming, connection speed is a matter of digital life and a very bad death. All the best equipment is useless without a great internet connection. 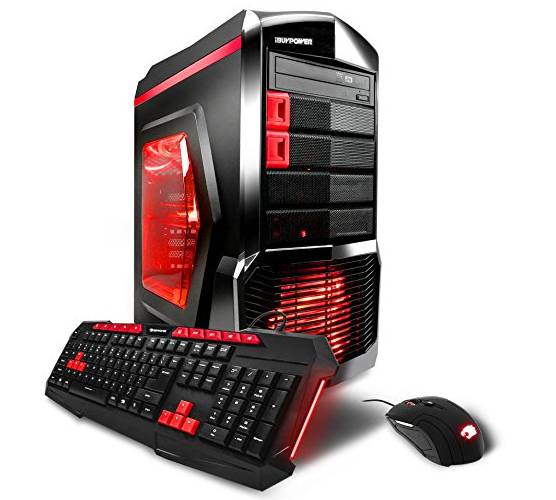 The best gaming PC for under $1,000 is a great start for someone who wants to play online games. But you might want to reach a little higher if you want to win online games at the highest level. Gaming hardware is all about maximizing a certain type of performance. And that performance comes at a price.

Dedicated graphics cards are always better than integrated graphics. And that is a difference you will need to pay for. More RAM means bigger better maps can be loaded and ready to go.   Though you will have to find a good deal and sale typically you want to get a minimum of a Geforce GTX1050 dedicated card on a budget gaming laptop.  If you can find one with a GTX 1060 for less than $1,000 that is typically a great deal.  Try to get minimum of 4GB of VRAM or more, though even 2GB VRAM is better than a non-dedicated video card.

The peripherals also matter. A gaming mouse is much more responsive than one made for business purposes. A gaming keyboard might offer more customization for greater access to special functions. The one that wins is often the one who can access the grenade the fastest.

You don’t need to waste money on LED light kits and curved monitors. But you do need to spend a lot more than the minimum. While there are many budget rigs, none of them will ever be mistaken for the ultimate gaming rig. You are going to have to pay a little more for that.

At the end of the day, gaming is about having a good time. Even if you are something of a loner, gaming has moved on from the lone, single-player. Online gaming is about social interaction. The best gaming experiences are with good friends you know well, and who will put up with you even on a bad day.  Team play is playing a bigger role than ever in gaming. Some campaigns cannot be won alone. More than ever, it is not whether you win or lose, but how you play the game, and who you play it with.

For the ultimate gaming experience, get the ultimate internet connection, the best hardware you can afford, and the best friends you can have. When it comes right down to it, the game doesn’t much matter. It is all about the feeling you have as a result of playing. Everything else is about removing barriers to that ultimate experience.