CALABASAS, Calif. – July 14, 2020 – Hideo Kojima’s DEATH STRANDING, critically-acclaimed and genre-defying epic from KOJIMA PRODUCTIONS, is available today at retail stores and digitally on Steam and the Epic Games Store for PC with a base price of £54.99.

“Our partners at KOJIMA PRODUCTIONS have developed one of the most unique and visually supreme cinematic game experiences of all time,” 505 Games president Neil Ralley said. “We couldn’t be more excited to share DEATH STRANDING with more players around the world, enhanced for PC and featuring all-new playable content which is sure to impress.”

In addition to the base game, PC players who purchase 505 Games’ offering will also receive a selection from “The Art of DEATH STRANDING” digital book by Titan Books, the DEATH STRANDING Original Score Expanded Edition digital soundtrack – which contains the award-winning Sony Music published score by Ludvig Forssell as well as unreleased bonus tracks – and additional in-game cosmetic items such as a Chiral Gold and Omnireflector colored Bridges Cap and Ludens Mask sunglasses, a Gold and Silver Armor Plate and Gold and Silver Power, Speed and All-Terrain Skeletons. 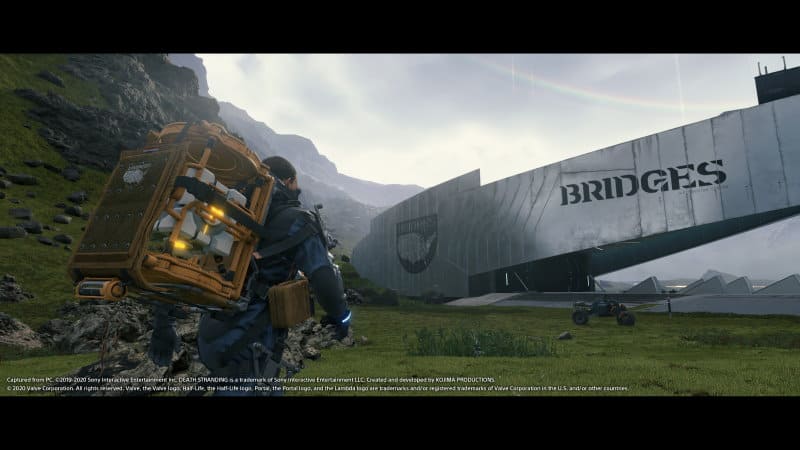 The physical edition of DEATH STRANDING, which retails for £54.99, comes with all the same content as well as a limited-run Steelbook slip case and new Steelbook artwork. For a limited time, gamers will receive a PC Digital Download edition of DEATH STRANDING with the purchase of an eligible GeForce RTX 2080 Ti, 2080 SUPER, 2080, 2070 SUPER, 2070, 2060 SUPER or 2060 GPU-equipped graphics card, laptop or desktop.

DEATH STRANDING is rated PEGI 18 and “M” for Mature by ESRB.

Hideo Kojima is a world-renowned game creator and auteur known for pushing the boundaries of the video game medium. Widely considered the father of the stealth genre, he is also credited with innovating both story-telling and cinematic presentation in video games at large.

On December 16th, 2015 Hideo Kojima established his own studio called KOJIMA PRODUCTIONS, under the banner of “From Sapiens to Ludens.”On November 8th, 2019, the studio released its first title, DEATH STRANDING, starring Norman Reedus, Mads Mikkelsen, and Léa Seydoux, for PlayStation® 4 and is now available for PC. Since its release, DEATH STRANDING has received numerous game awards and achieved worldwide acclaim.

This year, Hideo Kojima received the BAFTA® Fellowship, the highest accolade bestowed by BAFTA® upon an individual in recognition of exceptional contribution to film, games or television.

505 Games and the 505 Games logo are registered trademarks of 505 Games S.P.A. Appearance in this game does not imply sponsorship or endorsement.