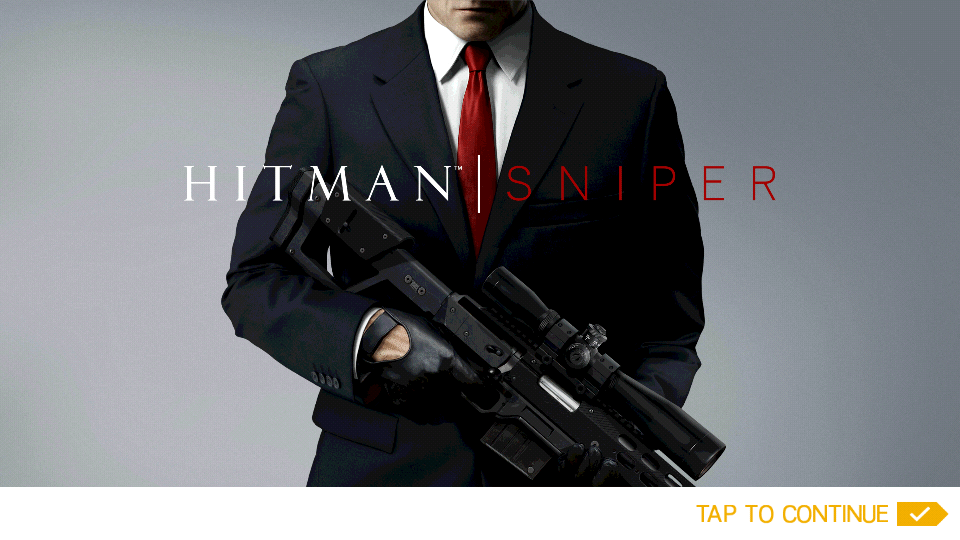 Square Enix released the Hitman GO strategy/puzzle game for mobile devices quite a time ago and it did quite well, essentially enough that they have released a new title, Hitman: Sniper for mobile devices. In Hitman: Sniper, there is a lot more brutality and action involved. In a nutshell, the game features Agent 47 perched atop a perfect vantage point raining hell down on bad guys roaming in a massive luxurious villa with his sniper rifle.

The game starts with some nice, elegant violins and aggressive orchestral drums giving weight to your presence as the legendary Agent 47, a highly skilled and invisible assassin. There are 150 missions to play, each with it’s own set of unique objectives beside eliminating the main target. Hitman: Sniper is not the usual shoot-’em-up type of game but rather more tactical and puzzling. You’ve got to grab the opportunities to score high and complete the objectives. 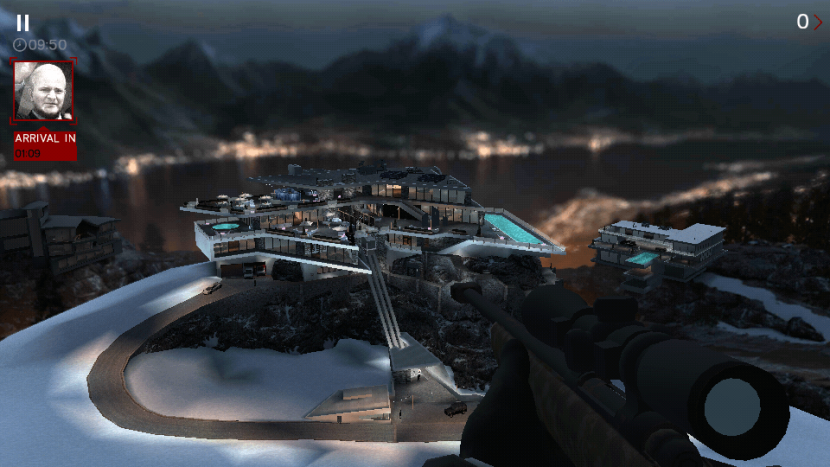 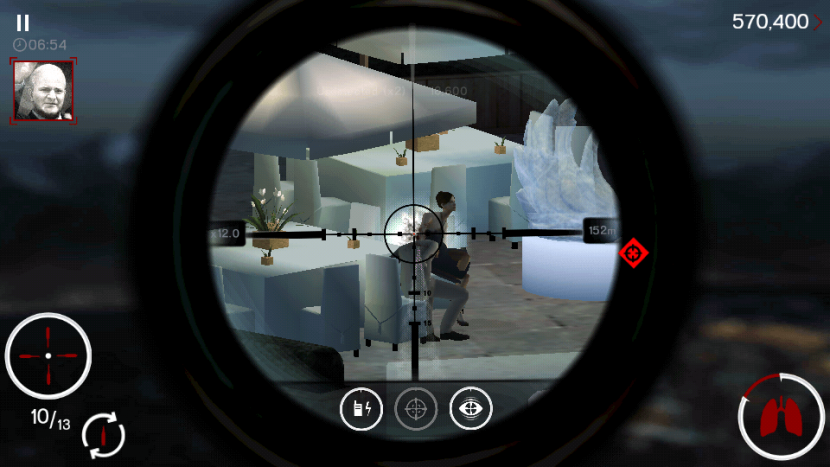 The graphics on this game are the best you’ll find in it’s genre. Hitman: Sniper is made from the grounds up for mobile platform and it shows. The graphics are gorgeous for the most part, some smaller things like laptops that you can shoot fails to match quality of the rest of the game. I noticed a couple of visual bugs as-well, such as guards just drifting towards something without leg movements, etc. Taken as a whole, the graphics are amazing and not something you’ll complain about. 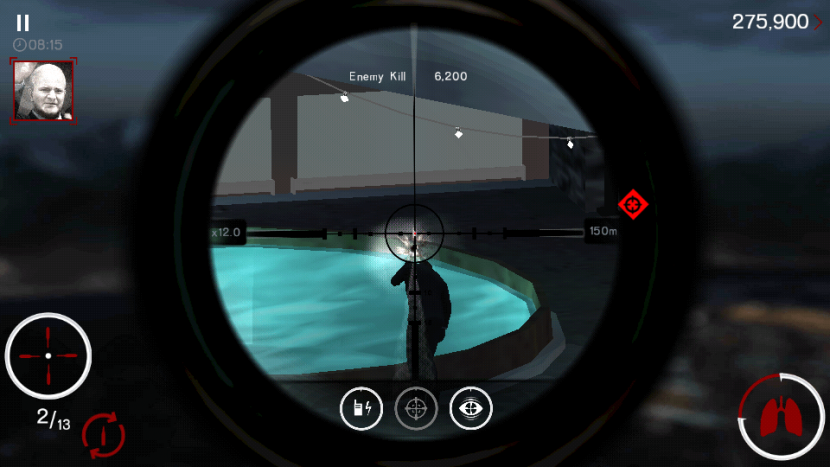 When talking about sniping, one of the keen ability is to focus on the targets and it is made easier in this game as the UI is minimal and not at all cluttered, or full of distractions. The controls are dead simple and laid out pretty well, pretty much what you’d expect from a touch screen sniper game. Swipe to pan around the surrounding viewing through the sniper’s scope, pinch to zoom in and zoom out, and just tap to shoot and reload.

The starting missions are quite simple, but things go more challenging and exciting afterwards. You’ve got to kill creatively, like dumping the body in a Jacuzzi or breaking the glass they are leaning on and making them fall, etc. 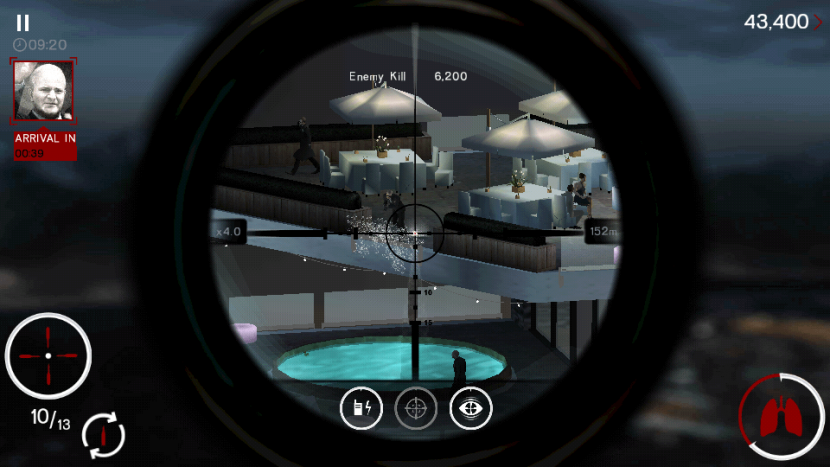 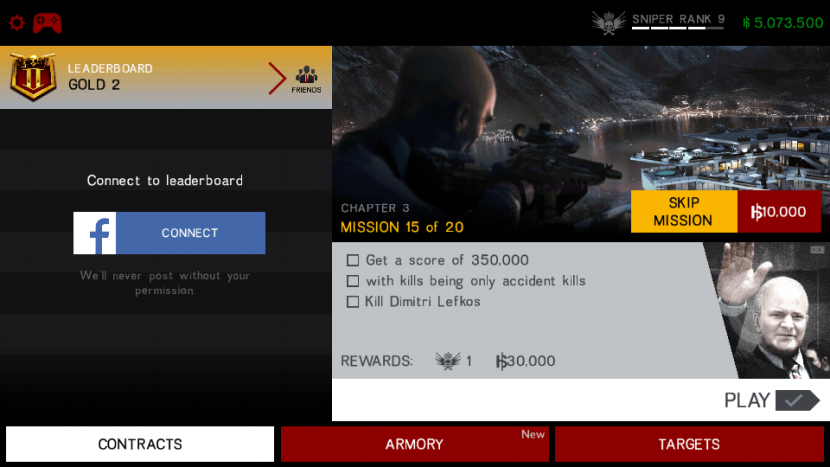 You personally are in no danger as you are sitting a mile away but if you create much chaos, everyone is alerted and the main target flees away real quick and brings the game to a swift end. Also, there are some civilians whom you should generally avoid but they go running and shouting to the guards if they witness a murder or a dead body, so you’ll have to take care of that too. 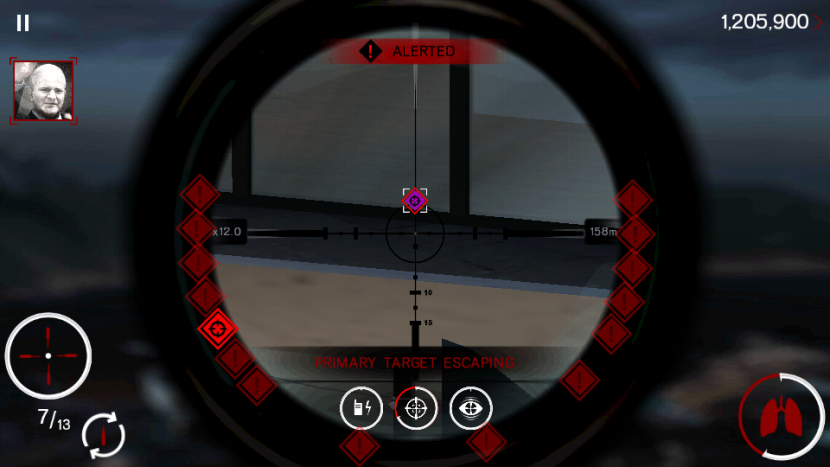 The only thing that is repetitive in this game is the surrounding. As you advance through the game, you unlock new sniper rifles, with some cool add-ons like X-Ray vision, tag and shoot, etc. which you can purchase using the in-game currency. You can also make in-app purchases which merely speeds up this process but it doesn’t effect those unwilling to pay in any way. 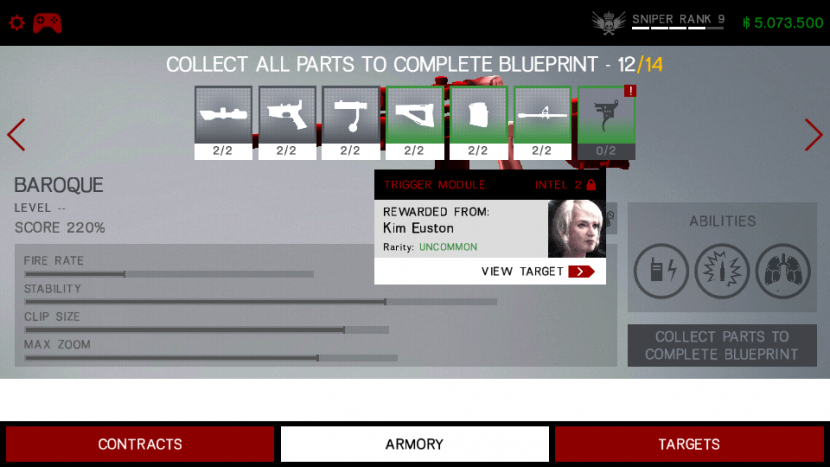 There is only one surrounding (the same villa and two smaller buildings on either side) in all the 150 missions and despite having such good level of game-play, it can get boring to some people rather quick and is the only thing that I don;t like about the game. In a nutshell, the game-play is competitive, interesting, tactical, and engaging.