As December 14 approaches, you should know that The Hobbit, an Unexpected Journey is coming out.  Any Lord of the Rings fan is sure to be salivating to see this newest visual experience from Peter Jackson (who also directed the original trio).  However, what you might not know is that this film is not the entire Hobbit book.  It is the first in a series of three movies itself. 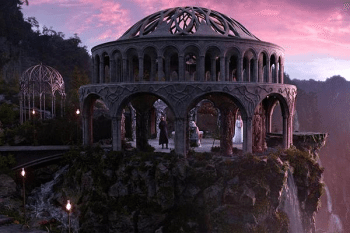 The book and film are set sixty years before the Lord of the Rings, when Bilbo Baggins is but a young hobbit.  Gandalf the Grey hires him to accompany the wizard and thirteen dwarves to reclaim a treasure stolen by a terrible dragon Smaug, who resides in the Lonely Mountain.  The journey will take Bilbo across lands he never dreamed of visiting (since Hobbits normally don’t travel) and meeting many interesting people along the way.  Rivendell, the Misty Mountains, and Mirkwood are his destinations.  Along the way, he will chance upon Gollum and find a ring that will change his life forever. 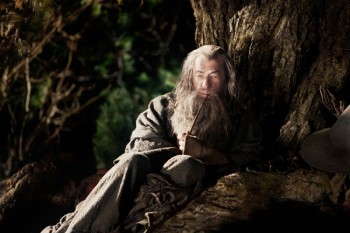 As this is a new film from a well-known writer and, now director for this series, it isn’t surprising that there are some familiar faces although most are new.  Ian McKellen reprises his role as Gandalf the Grey along with Cate Blanchett as Galadriel co-ruler of Lothlórien, Hugo Weaving as Elrond from Rivendell, and Christopher Lee as an uncorrupted Saruman the White.  Also reappearing are Andy Serkis as the voice of Gollum (who else could fill those shoes?) and Ian Holm as the older version of Bilbo, same as he was in the Lord of the Rings trilogy.  Elijah Wood also makes an appearance but since he wasn’t born yet during The Hobbit, it must be a “flashback” of some sort or an introduction for those who have seen the first trio but don’t realize The Hobbit is actually the first part of the books.  The rest of the main cast are all new to Middle-Earth.

All three sections of The Hobbit were filmed at once in New Zealand, just like the original trilogy from Jackson.  However, they will be released over a three year period with The Desolation of Smaug in 2013 and There and Back Again in 2014.  It made sense for Lord of the Rings to be released as three films since it was three books but not so much for The Hobbit.  Perhaps Peter Jackson thought it was better to go big so that the book got its full potential on the big screen.  I mean he did have an extended version of the Lord of the Rings trilogy released where the shortest of the three films was four hours long.

No matter the reasoning, The Hobbit an Unexpected Journey looks to be just as exciting as the original trilogy was.