Astronomy is my favorite hobby, and I hope by the end of this article I’ll have piqued your interest in it as well. I’m Opal with Dragonbloggers, and here’s Five Reflector Telescopes to Make Astronomy Your Hobby! 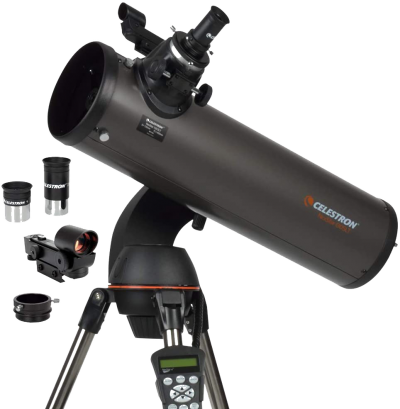 This product comes to us from the folks at Celestron. It’s a solar-powered unit that weighs in at eleven pounds and is on an altazimuth mount. It sports a one hundred and fifty-millimeter Newtonian reflector which draws in enough light to see everything from gassy nebulas, to the rings of Saturn. It comes with a database of over forty thousand stars, the SkyAlign system which allows for quick setup simply centering three bright objects in the eyepiece, and the Starry Night Simulation, an educational software designed to teach users about everything from constellations to celestial bodies. 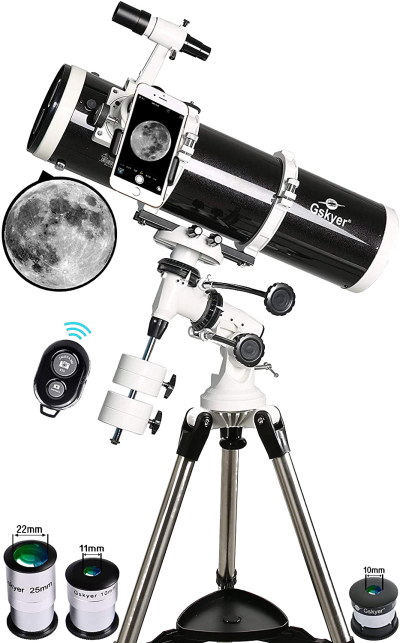 This model is from the Gskyer company, and is analog, meaning no power is needed for the telescope itself. It weighs in at thirty pounds, is centered on an equatorial mount, and features both a Barlow reflector and eyepiece. It comes with three easily changed eyepieces, a wireless smartphone adapter, alongside a remote. Simply hook your smartphone into the adapter, sync the remote to your phone via Bluetooth, and you’re ready to snap pictures of everything you gaze at. It also comes with a one-year care warranty, and lifetime maintenance. 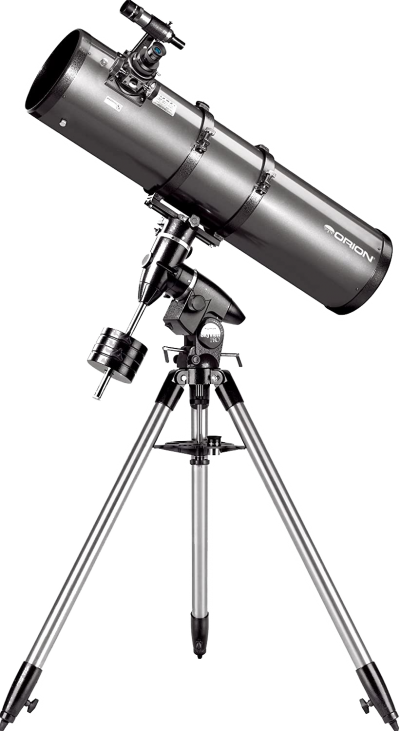 This particular telescope comes from Orion. The unit is solar powered, weighs in at fifty-six pounds, is centered on an Equatorial mount, and features a Parabolic reflector with a one thousand millimeter focal length. Aside from being quite the powerful little telescope, it’s fitted with a smooth adjusting Crayford focuser, comes with two Sirius Plossl 1.25′ eyepieces, and an eight by forty finder scope for easily finding whichever celestial body you’d like to gaze at. Along with all this, you also receive the Starry Night software mentioned earlier in this article, an absolute heck of a deal. 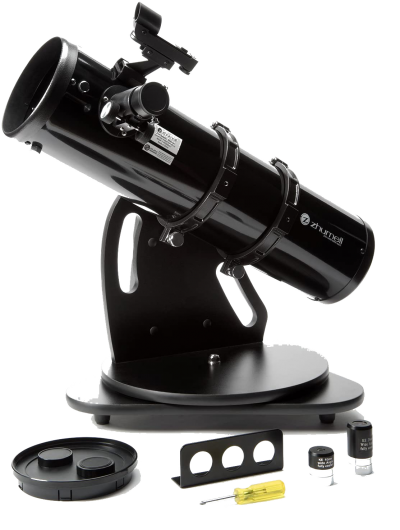 This a Zhumell brand product, a solar-powered unit, and weighs in at eighteen pounds. The power source is one lithium-ion battery included with the purchase of the product, it’s centered on an Altazimuth mount, features a standard reflector, and an industry-standard 1.25′ focuser compatible with many modern accessories. Along with the unit you also receive two twenty-five and ten-millimeter eyepieces, and a red dot finder for easily locating celestial bodies you’d like a peek at. The Zhumell Z130 Portable Reflector Telescope features a 130mm parabolic primary mirror, a high-end feature not usually found in telescopes of this size. The parabolic mirror removes visual defects like spherical aberration, providing noticeably sharper views. 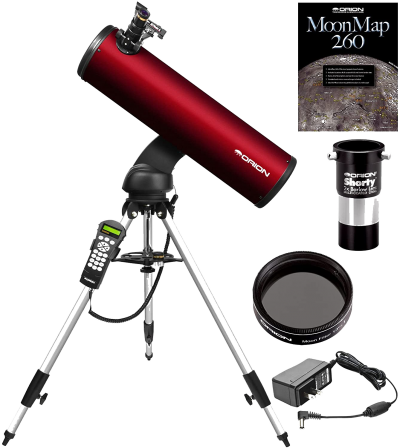 The StarSeeker IV is another product from the fine folks at Orion. The unit is battery powered, weighs in at twenty-two pounds, is centered on a standard tripod mount, and features a one hundred and fifty-millimeter Aperture reflector. Alongside the unit itself, you receive a power doubling 2x Shorty Barlow Eyepiece, a view-enhancing Moon Filter, an AC to DC adapter for those nights when you simply can’t find a proper plug, and both the DeepMap 600, and MoonMap 260 software for all your stargazing needs.

I hope I’ve given you enough info about these fine products to make an informed purchase, should you choose to get into stargazing anytime in the near future. Thanks for reading, and you have a stupendous rest of your day!